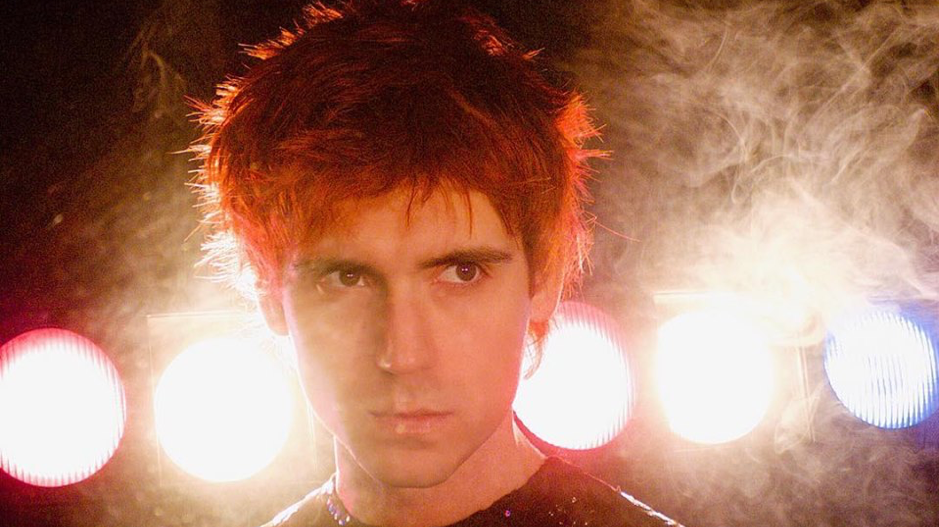 In a world that is so often tainted with a dystopian grey wash and looming threats to everyday life some musicians refract this ominous backdrop and coat our immediate surroundings (and beyond) in a completely different spectrum of colour. That’s what Brion Starr does with his debut album Global Identity; by twisting our already bizarre world into something sardonically beautiful. It also helps that Starr is practically the flamboyance of the ‘70s reincarnated both in style and music, in doing so he gives his listeners something familiar and recognisable but also completely distinct and even uncanny. This use of sound, mixing old and new, only but lends itself to Starr’s reflection of the postmodern world: showing just how warped what we call “home” can truly become in such rapidly changing social climates.

This idea of a global identity is one I am sure many will feel an affinity with, given the ever-increasing stretch of globalisation. Through music Starr makes this connection a possibility, using it as a platform to examine the pros and cons of being interconnected with the globe and the possible diaspora that can come with it.

However, while the album may carry some serious overtones they largely come in conative form rather being shoved in your face which allows for the tracks to pleasure you rather than bum you out. Playing around with a mixture of genres, Brion Starr embodies a no-wave attitude while also assimilating quintessential punk motifs which he brings into 21st century dolled up in a new sparkly, see-through jumpsuit. Following the release of Brion Starr’s debut album, Global Identity, Underground had the chance to chat to the man himself all about what inspired the tracks, why it was recorded in London and the importance of toothpaste…

Can you describe your style in three words?

How do you feel now your first release has been freed into the world?

BS: I feel set free but there is so much more work to do.

What are your first memories of music, and wanting to be a musician?

BS: I heard some music through the wall, I had to go find it, when I did my body started moving, I wanted to know that secret language, I’ve never stopped since.

What was it that inspired you to write Global Identity?

BS: Shock mostly. I wanted to make an album which was an amalgam of the insane world we are living in right now via smashing all the things I found interesting and insane together, this world is run by the criminally insane, isn’t it such pity… they will never be held accountable for their actions. At least we can still make beautiful things.

Sound wise, you have quite an eclectic mix from classic punk motifs to more experimental techniques. Are there any musicians who have heavily influenced your sound?

BS: I wouldn’t feel comfortable pairing it down to only a few. The Dream House has been a foundational place for me sonically. Perhaps it would be better to take this opportunity to thank La Monte and the Mela Foundation for their work.

So, you recorded the new album in London – where The Kinks have recorded before – what made you want to record some of the songs there?

BS: Yes, we recorded at KONK, home of The Kinks who were one of my first ever favourite bands, so it just made sense really…

Was there anything that made you want to pursue a solo career after being in a band?

BS: I do not really see much of a difference honestly. It is just that nobody wants to be the starr these days. No one with any substance at least. Someone had to stand up.

You have just performed in The Windmill, Brixton, how did you find it there?

BS: It is one of my favourite venues in the entire world. Tim is one of the most considered promotors I know, I don’t even feel right calling him a promotor, he is just a fan of music who happens to have a brilliant club.

When you perform live, do you take on any kind of stage persona or do you think it’s an opportunity to be your “authentic self”?

BS: There is only the authentic self, it just so happens that there are many authentic selves, we all have them, you could call them persona, the masks we wear every day, only few people choose to acknowledge them. I like to have fun with them! You can be whatever you want, whenever you want, however you want, you do not owe anyone a single thing.

What’s the craziest thing you’ve seen or had happen when you’ve been performing?

BS: Good one; a lot of time in NYC people pretend to care about what you are doing but don’t take the time to really listen. So, at one particularly dull NYC party which people were only at to look at each other because we were the hype new band… I took my belt off and started whipping them with it, I think it worked and it made me quite happy.

Is there anyone, anything or anywhere that you would like to shamelessly plug or give acknowledgement to?

BS: First and foremost, Taxi Gauche Records, Use Euthymol® to keep your teeth fresh and clean, Costa Rica is a nice place to relax.

Listen to his album for yourself here: