INTO THE DIRT LAUNCH 28th JULY 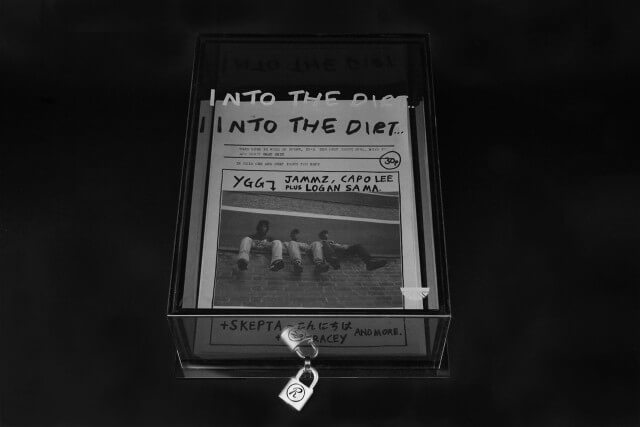 NO ONE BOTHERED TO MAKE ONE OF THESE THINGS BEFORE. IT’S NOT A STORY, IT’S NOT A HISTORY, IT’S NOT OFFICIAL, IT’S NOT AN OPINION , IT’S JUST US WITH SOME CAMERAS, PHONES, A TYPEWRITER AND SOME GREAT CONTRIBUTORS CHATTING ABOUT GRIME AND THEN SHOWING IT THROUGH THE LENS AND TYPEWRITER OF A PUNK FANZINE.

EASY REALLY, NO ONE ELSE DONE IT BEFORE

READ IT, IT’S THE ONLY ISSUE SO DON’T ASK FOR ANOTHER ONE

Sub culture and counterculture is what we are about at Underground. Rallying against convention and doing as we want, and we expect that our customer thinks the same way.

Since our beginnings in 1981 we have influenced and been influenced by British subculture. Never deviating from that we have remained and true to our core values.

We always follow and examine subculture, whether it attaches to our brand or if it exists in the wider Underground universe.

2016 is the 35th year for Underground and our attention to subculture is more acute than ever as we look back and forwards. At the same time, we have 40 years of punk this year and as part of that celebration we have been looking at the punk scene and the punk zine.

Looking at Grime in 2016 it is not difficult for us to imagine how that might have looked as the predominant subculture in 1976. There are some similarities between the two genres, but we are not looking to compare them. We just want to say that if this was 1976 and Grime was king then it would be reported though a zine in the same way as punk.

We liked the idea of fusing the two together, Grime though the medium of a Punk Zine

We don’t express opinion, just commentary, observation and a load of respect for the genre