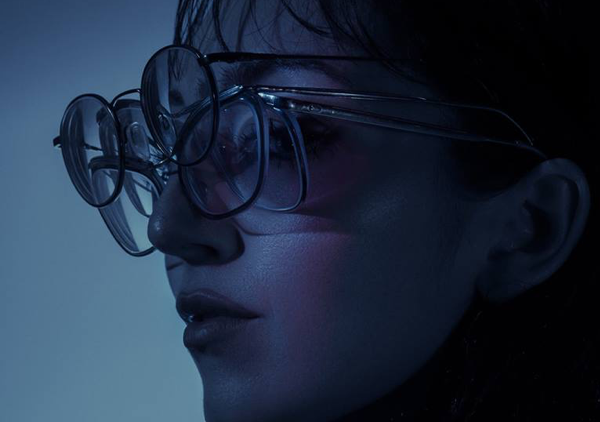 If you hangout in South London’s finest drinking establishments you have most likely bumped into Jessica Winter, one of the most innovative vocalists you’ll find on the market. This isn’t an easy job given the musical climate and multitude of acts that are on offer, particularly in this area of London which seems to reproduce musicians faster than a rabbit on heat. Nonetheless Jess manages to succeed in not only making music but performances that are completely original and effortlessly stylish, completely surpassing saturation and which see her selling out venues.

Whether she tries or not Jessica Winter is one of those characters who radiates an essence that is impossible to capture in a jar or take in a pill shaped capsule. Literally making songs from her bedroom in Brixton, Jess adds a new layer of finesse to the bedroom-pop genre which finds her playing around with quintessential electro-sounds and layering them with pop soundscapes heavily ladled with teenage nostalgia. Pushing her vocal range to its furthest limits, her dreamscape lyrics are perfectly matched by a lackadaisical stretch from one end of the vocal spectrum to the other.

As such a power-house of sound, it may come as a surprise that her music is essentially created through an old mic and a second-hand keyboard. With such a simple set up its hard to believe the melodies that flood from Winter’s fingertips and the way she translates moments into music. Best known for her performances, she has a qualitative track record of gigs so far – which have often seen her striped down to her bra and coated in a kaleidoscopic range of colour. She has also been known for being the other half of the vocal team in the band Pregoblin, and for her recent performance working with the Extinction Rebellion on top of the pink ‘Tell The Truth Boat’. Oh, and she launched her own club night, Hate The Haus, which features up and coming artists and showcases talent ranging from music to film to spoken word, all in the name of community and social awareness. I mean what can’t this woman do?! Cue picture of her in a power suit…

Both powerful and ethereal her newest track ‘Sleep Forever’ is not only a display of her skill but also an invite for listeners to excessively indulge themselves in bedroom-pop richness. This month saw the release of her first music video to partner-up with the single. Draped in the darkness of some party, Jessica is the lead in her video and becomes illuminated by strobing cool toned lighting. Cut into pieces, the footage quickly dissects Jess from torso to full body to close up of her face speckled with sweat. The gaze the viewer takes is an invitation to become part of the movement with Jess as she dances through a crowd while wearing a heart monitor. Taking inspiration from her close friend and video director Nan Moore, this idea comes from Nan’s experience with a heart condition and subsequently clubbing covered in wires. To make the video Jess had to wear the monitor in five-minute bursts because it was meant to be on Nan the whole time.

With the heart monitor glowing a UV blue throughout, the viewer is drawn to the symbolism this piece of medical technology holds. Mixed in with images of x-ray like inversions of her chest, the song’s audience can only but digest these visuals as denotations of the internal workings of the heart.  “This song is about loss, hopelessness and love. I lost a loved one and I would have recurring dreams of them, I’d wake up realising I’d lost them all over again.” Jess claims, and what better image to match how the song feels than blue patches strapped to Jess’ chest in a club — that look “a bit like a bomb – such a belligerent visual of a broken heart!”

Embracing the internal struggle of trying to get back to that moment of sleep, Jess makes her own dream-like sequence in video format so that it can be viewed repeatedly whilst conscious. Engulfing your senses, the video decides what you see as the audience: whether you see in clarity, in colour or what body part. Like a dream, you become more than a voyeur but also a participant of her recollective dreamscape — that although uninvited is both hypnotic and hard to leave.  The final climax is at the end as the flashing images turn into strobes alongside distorted sounds before fading into silence in a violent severing of viewer from video. With the desire to ‘sleep forever’ being hard to satisfy, this moment of harsh separation is met with a sadness as you realise that perhaps it represents the separation of the mind from dreamscape to reality.

Jess claims that this mantra which makes up the song, “’I want to sleep forever’, was how I felt at that time and sometimes still do.”  While there isn’t much hope in this climax, that’s not always what’s important. Instead it’s an honest exploration of Winters’ emotions to their rawest degree and takes an extensive but almost tangible look at the barnacle-like suction we apply to certain memories which we squirrel away into our subconscious.

In her exploration of music’s interdependence with emotion Jess provokes her listener to feel perhaps displaced, outside of how they understand music or the comfort zones they reside in. In doing so she breaks down the walls that keep us restrained and “proper”, and instead allows her audience to lose themselves in her eclectic mix of sounds. While this may evoke a level of discomfort at times or perhaps even complete ecstasy, Jess is a sound explosion who is changing the game of modern music. You must see it to believe it.

The celestial track will be found on her upcoming EP Let’s Keep It Shallow which is set to release in September. Or alternatively can be seen played at her upcoming performances listed here: