KEEP THE FAITH- Raise a fist for the North 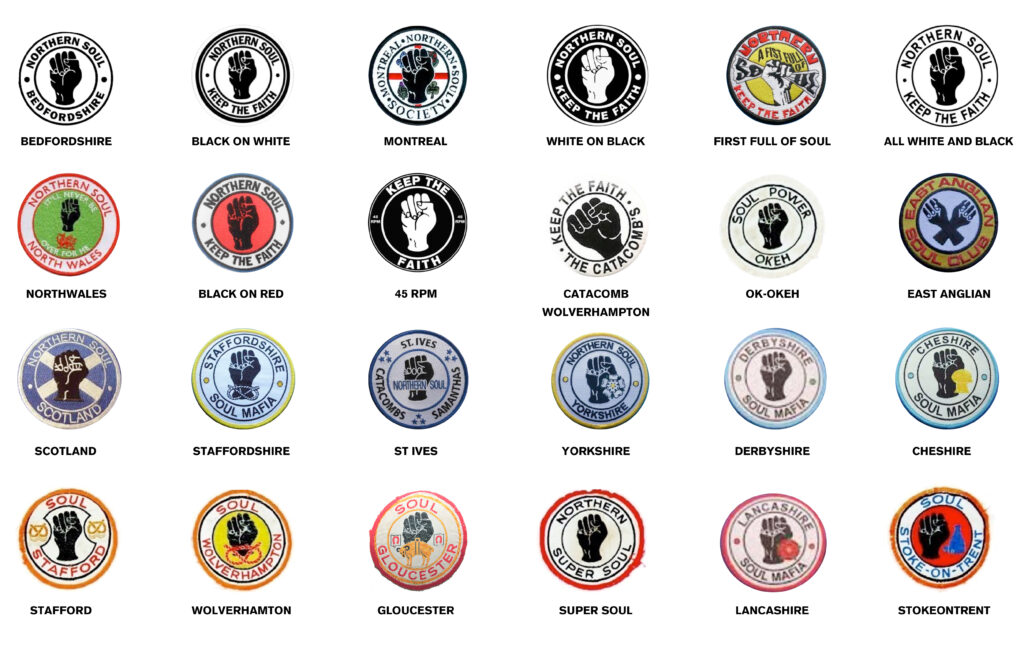 Where did that come from?

The iconic clenched fist of the Northern Soul movement signifies the determination of the Soul Girls and Boys to maintain the spirit of the movement and keep the faith. It owes its existence to Chris Burton owner of The Torch- the Northern Super club that dominated the scene from 1971 to 1973. Looking for a logo to represent the scene, Burton commissioned an illustrator in Stoke on Trent to create the artwork . The illustrator took direct inspiration from the two black US Athletes who had raised defiant black power fists at the Mexico Olympics in 1968. And there it was, black and white ,black fist or white fist –keep the faith.

The logo was reproduced by Burton on badges and patches to promote the club and the scene and after becoming so popular as free give aways they were sold for 10p each.

The logo was incorporated into hundreds of versions from Soul Clubs around the UK and around the world-the raised right hand fist with in black or white usually in a circle and often accompanied by the battle cry of Keep the Faith.

One of the most recognisable images from a sub culture in 2014 a business attempted to trademark the logo but the Northern Soul community fought to overturn the application and won. Raised fists, salute, keep the faith soul brothers and sisters.