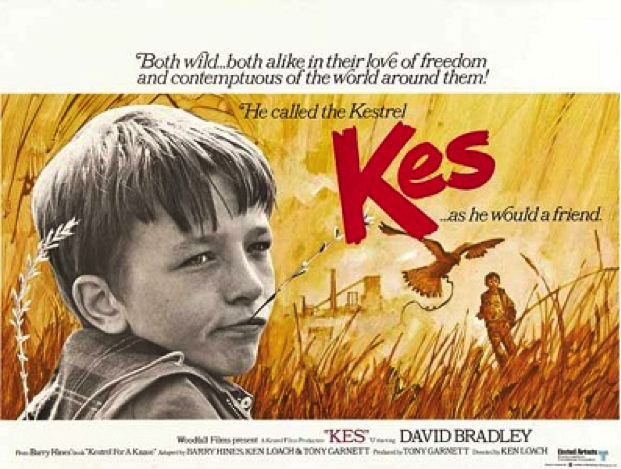 Based on a book written by Barry Hines, Kes is a 1969 film directed by Ken Loach.

Holding a score of 100% on Rotten Tomatoes it is ranked 7th by the British Films Institutes best British films of all time.

The film centres on Billy Casper, a 15 year boy living in the coal mining areas of Yorkshire. With no future ahead of him, other than working in the coal mines, bullied at home by his half- brother, Billy has constant problems at school with his classmates and the teachers. His previous encounters with the police seem to be behind him but he still turns to petty theft to help him through a near pointless existence.

The change comes about when Billy steals a Kestrel from a nest on a nearby farm. He suddenly finds himself with an interest in life, raising and training the bird of prey. Unable to borrow books from the library as he has no adult to support him in authorising a public library card, Billy chances on a book at the second hand book shop that he has to steal.

The boys’ relationship with the bird and the speech that he delivers at school about the subject earns him the respect and praise of his teacher and some of the classmates. At last Billy, through his friendship with the bird, has a purpose in life.

If you haven’t watched the movie already then go take a look, and we won’t spoil the ending just in case,

The film paints a picture of life in the mining communities of Yorkshire and the North of England in the late 1960’s. With the industry already in decline and with rates of pay among the lowest in the developed world, there seemed to be little hope for the families that depended upon the industry for their livelihood.

When there appears to be little prospect of real change then hope seems to be in short supply. The film depicts how hope and then change might finally come, but in a community that has little confidence it is still fragile and even evasive. 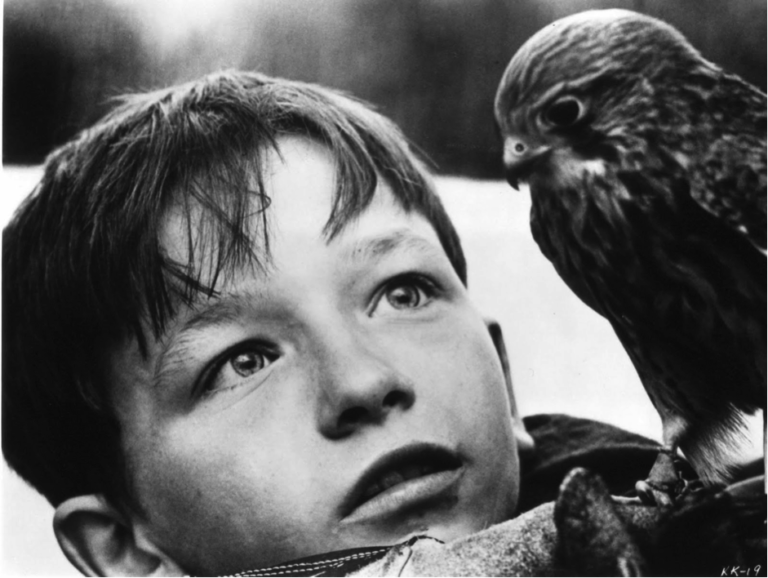 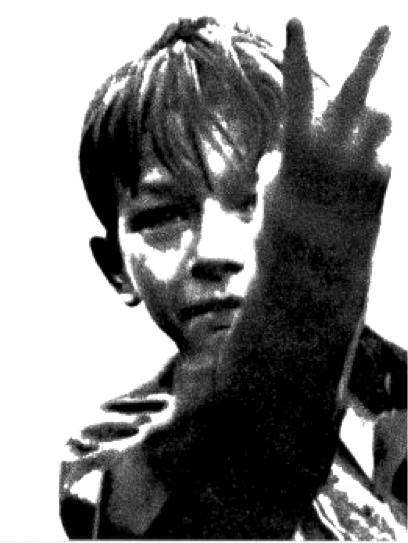