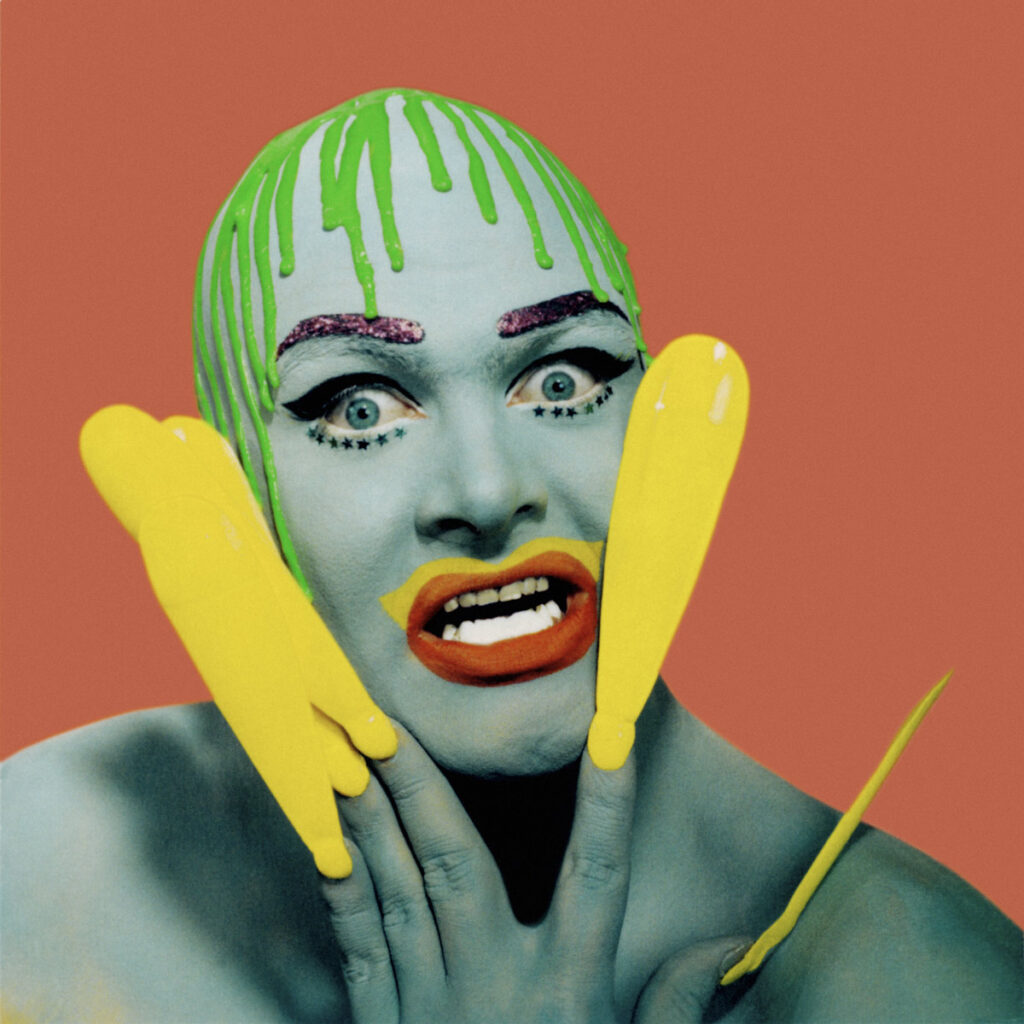 It has been 22 years since the death of one of London’s most influential style icons and on his birthday we remember Leigh Bowery.

In an era when originality tragically depleted in style and fashion Leigh Bowery erupted onto to the scene with the most imaginative cultural brilliance. His life was one filled with fantasy, art, trouble, love, messy beauty and timeless relevance.

He came from a working class background in Australia where everything was quite ordinary and traditional (short term) boring, (long term) everything opposite from who he wanted to be. His need to break out of the mundane led him to London where the legend of Leigh Bowery really begun. A musician, a fashion designer, a performer; the New Romantics scene was naturally his first attraction. Everything he did defied the rules and principles of normality including the costumes he designed for dancers in theatre which often times they simply could not dance in and the ones he made for functionality featured crazy colours and patterns. Imagine the disturbing and possibly pleasing surprise of the conservative theatre goers of the eighties every time the dancers turned around.

Lee Bowery was a walking art form, “rather than painting on canvas or sculpting something out of clay I just put all the ideas onto myself” and that he did with no apologies and no restraint. He would go out in heavily laced up and sequenced dresses with body painting, bejewelled masks and go go boots. The man was a walking art form and brought his creative absurdities to Life in the club he started with David Wallis and artist Gary Barnes, aka ‘Trojan’ and they became known as the ‘Three Kings.’ They called it Taboo club night “because there’s nothing you can’t do there.”

In a signature performance, he would come on stage in eccentric drag looking huge and he would dance and sing. Then suddenly, he would mimic giving birth to a naked young woman (his friend and assistant Nicola Bateman, who he later married) was initially hidden by being strapped to Leigh’s belly with her face in his crotch (an influence in Rick Owens Spring ’16 runway show) would slip out of her harness along with a lot of stage blood and links of sausages, while Leigh would screech and wail. He would then bite off the umbilical cord and the two would take a bow.

This was the life of Leigh Bowery. He was full of endless dumbfounding ideas and he only had the courage to bring them to life, he even went as far as exhibiting them on himself to a post-punk generation. He is heavily referenced in art, fashion and photography today for his creating art through anti art and his deranged decadent form of expression. Michael Bracewell wrote that Bowery was “having the last laugh at the expense of formal art” and in it we can agree that his concepts and ideas are abiding in how they directly and indirectly inform art and culture even today.