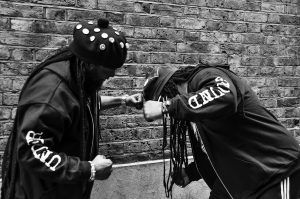 Literally the offspring of Reggae Grandee, Denroy Morgan, Morgan Heritage have consistently delivered one of the best sounds over 23 years and 17 albums (including 10 Studio Albums). The Grammy Award for Strictly Roots in 2016 reaffirmed what we already knew but also helped to project the band to an even wider audience.

We wanted to catch them for an interview as they made their way through London as part of a worldwide tour and were honoured that Peetah and Mojo could join us at our Soho store- two legends that were fun, sincere and generous with their time- many thanks- and here is what they had to say.

Welcome to London. You have been putting in some miles on this tour. We won’t ask you for a favourite city for a show but tell us about any new stop offs this time around.

Thanks for having us! We kicked off the Avrakedabra World Tour in a country we’ve never been to called Uganda in Africa. We are looking forward to playing more countries in South America this year such as Brazil, Columbia, Argentina, etc.

We know that Becca Dudley (a friend of ours) has been touring with you guys in Oxford, Birmingham, Manchester and London, how did that all start up?

Becca D is a lover of Reggae music. So naturally she came to our show in late 2015 and we hit it off from there. We agreed that same day to work together and we both were very happy when we heard we would be doing this tour together in the UK. 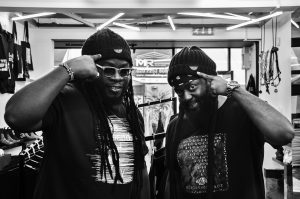 The 11th studio album is coming out on May 19th- Avrakedabra. We have seen single releases for Selah and Reggae Night. Tell us about what else we can expect and anyone you were working with on that you want to share with us.

This Album marks a new milestone for you as it is on your own label- Cool to Be Conscious (CBTC). What else have you got lined up for the label?

We are really looking forward to working with younger artists, our children from the next generation of Morgan, as well as partnering with more established artist. 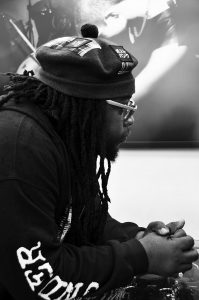 We saw Chronixx collaborate with you on Strictly Roots. It’s great to see new talent coming through on the Reggae scene, anyone else you want to shine the light on?

On our new album Avrakedabra we feature 2 of those new artist impacting the Reggae scene globally in Kabaka Pyramid. We feel it’s important to show the support for the next generation of torch bearers of Reggae music.

Reggae (and all music) is without borders but London and the UK have always been one of the offshore generators of the Reggae scene. There is something of a Reggae Renaissance here in the UK with the likes of Ady Suleiman, producer Cadenza and London reggae/ska outfit The Skints. It’s great to see Reggae back on the up and it’s probably to do with the times we find ourselves in. Any thoughts on that?

We’re definitely happy to see the growth of Reggae music in the UK and around the world. For us to see Reggae artist from other countries, besides Jamaica finding success, it shows how far the music from this little island in the West Indies has gone. This only fuels our passion to take this music and message to the four corners of the world

Any artists from the UK that you have worked or hung out with that you want to give a mention to?

Got to send out love to our icons Steel Pulse from Birmingham and the young general Stylo G from London, who is featured on the global remix of Reggae Night. 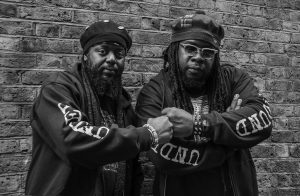 Your sound not surprisingly takes in some Dancehall influence. The original Jamaican dancehall spirit of sound systems that gave its name to the genre is close to our heart. Live music often in improvised venues has real spirit. We see a lot of music venues closing and it kills the chances for new talent. Any venues that you have seen close in Brooklyn (or anywhere else) that you want to mention?

There is a venue in London that we have a permanent history with in the Astoria that closed down a few years back. We recorded our first Live DVD in that venue and have sold it out for years. So we were sad when we heard that venue was being torn down.

Finally, you get to pick a band or artist that you will happily play support act too (alive or sadly departed). Who is it?

Thanks for your time