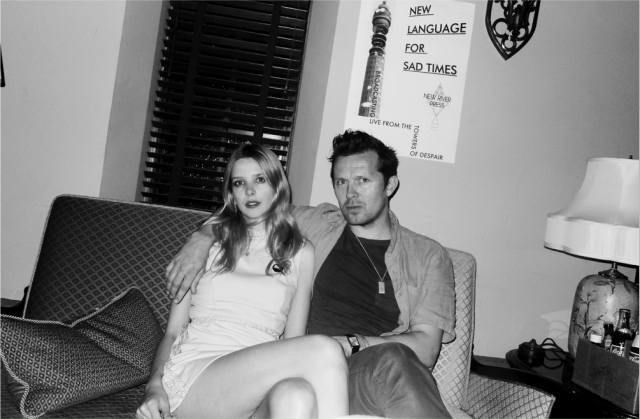 The pair run successful publishing company, The New River Press, where together they give poets a platform to speak and share, always keeping the artists close to the art. Set up to assist talented young poets on a small scale, The New River Press has developed into a sort of collective. 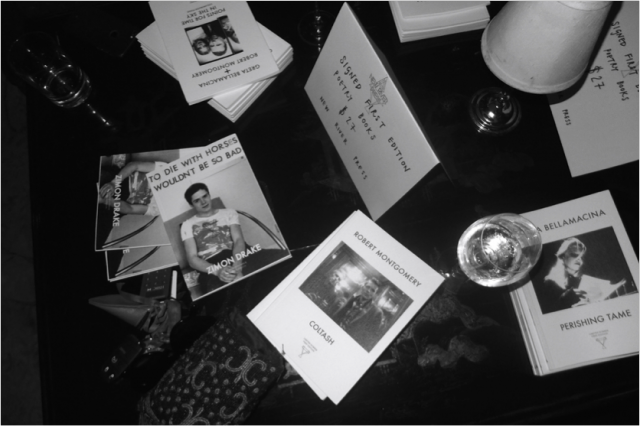 Part of the big deal about these guys is that they have set up their publishing company with the structure of an indie music label, the writer gets a direct share of profits – and a much higher proportion at that. Choosing poetry as your passion/occupation is notoriously a bad financial decision and New River Press are trying to change that by making publishing and printing accessible.

Before starting the company Greta was hit with not so great offers from established publishers for a series she was hoping to release, the solution to this problem upon discussion with Robert was to publish it themselves. This idea has continued to grow, as have the team of poets represented by New River. Currently the company publishes works by several word smiths. The team does not discriminate, however young or old… a struggling poet is a struggling poet. Aside from publishing, NRP also host travelling events and workshops to bring live poetry to the people.

We were lucky enough to have a chat with the duo –

When did you meet Robert and how long did it take you to realise you had a common passion?

Greta: We met a few years ago when I was editing a book of love poems. I went over to his studio to discuss the project and after many bottles of wine and hours later decided it might be a good idea to write some poetry together. It was very much an unspoken act.

Robert: Yes we started writing poems together on that very first night we met. I think I suggested it as a device to try to get Greta to stay at my studio longer, but it worked— the poems we began writing that night became the book “Points for Time in The Sky”

How important is it that the two of you agree creatively?

Greta:I think we agree on the idea of making work which is honest. I think it is better to be uncool but real, rather than trying to what society tells you to think.

Robert: I look to Greta for inspiration— I don’t think to collaborate you have to agree. The way Greta sees the world and writes about it opens up new windows to me in a new kind of language.

Trying to get your work out there and push through can be difficult alone. How important do you think collectives are these days if at all?

Greta:I think it is really important when you are trying to make a new movement- and change the way people think to work in a collective. I think you have more of chance to break existing cultural templates if you make a little crew of renegades.

Robert: Yes, New River Press is a writer-led poetry press. There’s no management or corporate structure. All the poets get 50% of the profit on their book and we travel and read together— our next reading is at the Albion Beatnik bookstore in Oxford on September 28th, and we’ll have all the poets present including Heathcote Williams— Heathcote is 74 and been a radical British poet for 50 years, he’s the oldest member of our little band of renegades, our youngest poet is Rosalind Jana, who is 21.

Do you find the talent generally or does the talent find you? How do you look for new talented poets?

Robert: We’ve published 7 books this year by 6 poets. They all seemed obvious to us— they are the poets with strong individual and often irreverent voices who we didn’t feel the traditional publishing houses were publishing enough. When we started the press we were very inspired by Virginia and Leonard Woolf’s Hogarth Press, which they ran from their dining room and sometimes their garden shed, but which was the first press to publish “The Wasteland” by T.S. Eliot in Britain.

Greta: It just seemed to be a recurring conversation amongst myself and the poets I admired about the lack of support – I think the love and rage to be a poet despite this is hugely important.

What advice would you give hopefuls aiming to be published by New River Press?

Greta: Be authentic to yourself. Don’t try and please anyone. Let your work to the talking.

Robert: Don’t be afraid of writing poetry about politics or intimate confessions of love. Radical poetry should mix politics and love. Start at top left hand of the page and just keep going…

With many thanks to Greta Bellamacina and Robert Montgomery for their words of wisdom.