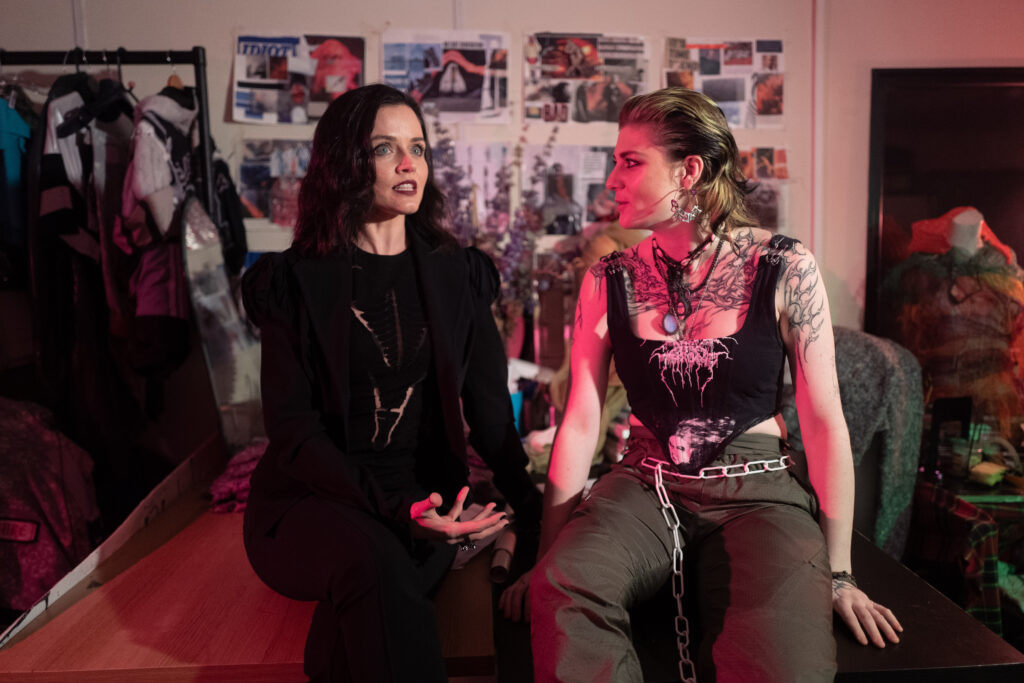 Known for her established acting career, Vera Graziadei has more recently turned her attention towards her passion for directing. Her latest output being a short docudrama, titled nic_unextinct, which explores themes and contexts such as childhood trauma, and the effect of this upon a person’s adulthood, the communities that surround these people, and the underground nightlife scene. Graziadei will be screening nic_unextinct at a fundraiser event, love_unextinct, on Friday 7th October. The event will also include live music performances, in the name of raising money for children affected by the war in Ukraine.

We invited Vera Graziadei to take part in a Q&A with us in order to discuss the self-written, directed, and produced film.

Can you tell us a bit about yourself?

I’m a Ukraine-born, London-based British filmmaker and actor. When I first came to the UK, I lived in Brighton, one of the best places for the underground scene and counterculture. After my degree in Philosophy at LSE, I trained as an actor at LAMDA and since then have been working in film, TV and radio in the UK and internationally. I’m often recognised for playing Elena in the cult sitcom Peep Show, but I’ve also done some serious dramatic work I’m proud of, like a one-woman Dostoevsky show. Directing is something I’ve been toying with since 2011, but it’s only since 2019 that I focused on writing/directing professionally. 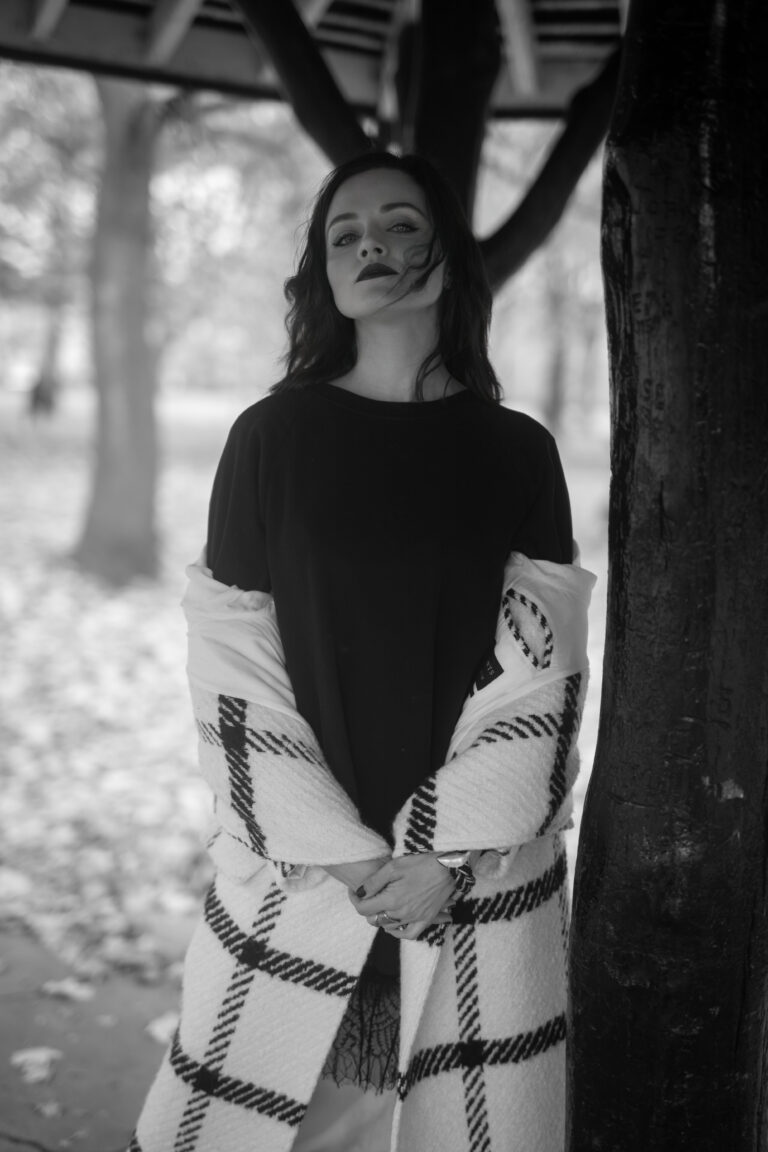 Your docudrama, nic_unextinct, is screening this week. Can you tell us about the film and the inspiration?

‘nic_unextinct’ is a short docudrama, set in an authentic underground queer techno community of Tottenham, London. The film follows a solar punk fashion graduate Nic, playing a semi-fictionalised version of themselves, as they’re battling with effects of childhood trauma while trying to find their place under the sun.

The film is a cross-generational project that started with me writing an Instagram post, asking people in their twenties to answer some of my questions about their lives. I was curious to learn how much life has changed for young people since I was their age, so there were lots of questions about hobbies, favourite past times, musical tastes, etc. However, I was particularly interested in whether youth has become more trauma-informed and so there was a whole section about trauma, effects of trauma, awareness of effects of trauma, etc.

I’ve received countless emails from complete strangers, sharing very personal stories, some of which horrified me and some of which moved and inspired me. Nic was one of the people who reached out to me and their story stayed with me for weeks until I called them and offered to meet up. Nic is a very bold person, both in character and looks, I left the meeting seeing glimpses of them acting out their life story and so I just shared it with Nic and next thing we knew we were making a film about their life!

The film deals with some poignant issues around childhood sexual trauma, and the effects of that upon mental health. Can you explain more about this aspect of the film, and why it was important for you to represent this?

My interest comes from my own experiences of CSA, which have taken me many years to admit to myself and to heal from. In my twenties, I was unaware of all of the manifestations of these traumas on my mental health, which not only prevented my healing, but also led to more destructive behaviours, which negatively affected myself and people close to me. Back then there wasn’t as much information about trauma as there is now, and even when I went to therapy my therapist didn’t get to the bottom of what was going on. Recently there’s been a wave of psychologists, psychotherapists and doctors, who explore, write about and lecture on trauma: Gabor Maté and Bessel Van Der Kolk, being the most prominent ones and the ones I’ve studied.

However, I still feel that there is not enough conversation about CSA and its effects, and that it’s still a bit of a taboo topic. I certainly can’t think of that many films that deal with this subject in a way which doesn’t constitute of whitewashing or fetishising it. Overall, people tend to hide it from others, even from friends, not to mention themselves. And if not hide, then diminish the importance of these past traumas or, in a perverse fashion, present them as one’s ‘choice’. In short, I feel an urge as a filmmaker to approach this subject, spread awareness, initiate debate and to encourage viewers to learn more about trauma and how to heal from it.

Is there anything you wish for the audience to take away from watching your docudrama, nic_unextinct?

Firstly, I’d like to admit that we barely scratched the surface of this incredibly complex and sensitive subject. My aim was to paint a portrait of a person affected by CSA and, without any judgment or personal commentary and interpretation, present how CSA may affect that person’s life, behaviour and even a choice of a career. I hope that this film will encourage the audience to sift through one’s memories and to reflect on whether what they thought of as normal, might actually be something that is not normal at all and, in fact, is one of the defining events that impacted their lives in all sorts of ways that need further reflection and structured healing. I hope the fact that it’s a docudrama rather than pure fiction will embolden people to come forward with their own stories and to be less ashamed of any experiences of CSA they’ve had. And, of course, most importantly I hope it’ll encourage people to want to learn more about trauma, to learn how to heal from trauma or to help others heal from it. 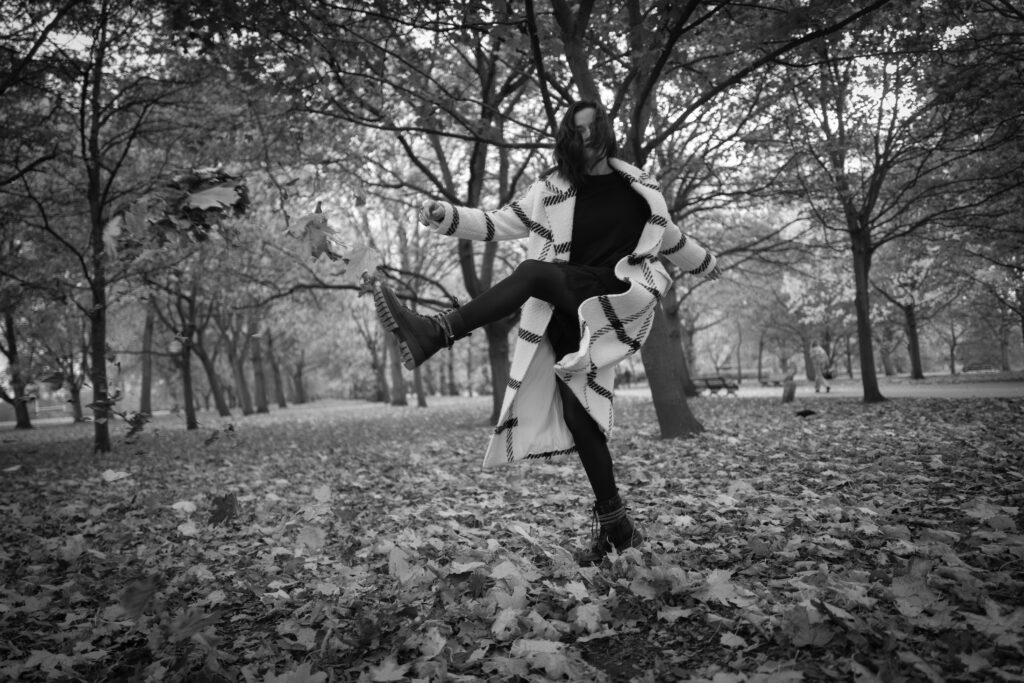 The underground queer techno community provides continuity of subcultures in London. How do you see this community developing over the coming years?

When we were filming the rave scenes in ‘nic_unextinct’, I felt like nothing had changed and that we were still in early noughties and I was still in my twenties, partying in some abandoned warehouse in East London. The fashion hasn’t changed that much or at least the vibe of the fashion is still the same, even if it has shifted slightly. The vibe of the music feels very similar too, even if it has evolved. However, I’m sure something has changed under the surface. There’s hopefully more awareness, there’s definitely more diversity, which I wholeheartedly embrace. My hope is that this trend will continue and subcultures will continue to provide safe and inspiring spaces for like-minded souls to gather and to exchange energies and ideas, as well as to learn and grow.

You are producing a fundraiser, love_unextinct, which will include live music with artists from the Ukraine and the UK on the line up. We always champion live music here at Underground, so tell us some more about those artists and what we can expect from them.

Originally, we only had Harry Mold and Sophie Kilburn performing as their music appears in the film. Both are friends of Nic’s and both have very bold and powerful sound – although Harry is more punk, while Sophie is more rock. Then my friend from Kyiv, who’s also a Ukrainian indie rock star, asked me to do a fundraiser for a charity he was helping himself. As I embraced this idea, he decided to try and make his way to London to perform too and he got another Ukrainian singer SLÖZA, who’s now a refugee in London, to join our event too and to sing some of her war-inspired recent songs. Finally, I discovered that Billy Lunn from The Subways, just became an ambassador for The TulSun Foundation we are fundraising for, and so I reached out to him too and now he’s headlining our live music part of the evening. 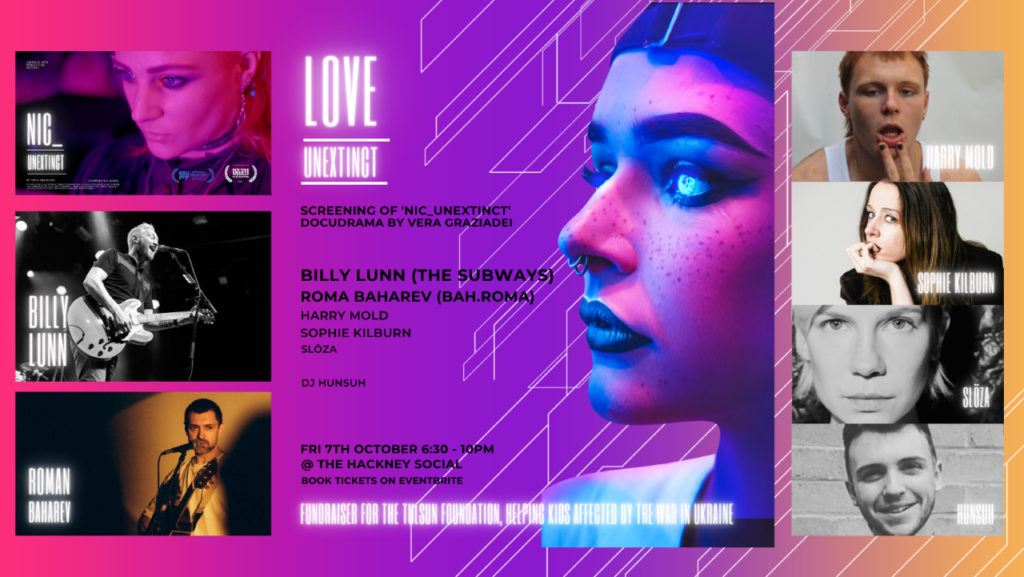 What comes next for you, are there any other projects you are working on?

Next I’ll have to attend several festivals that have selected my films: “nic_unextinct” will premiere in the UK at the British Urban Film Festival (one of the most diverse festivals in London) and at New York Shorts International Film Festival in the US. My most recent short film The Silent Canary, which also deals with the subject of CSA, will premiere at the 41st Cambridge Film Festival in October. At the same time, I’m working on several new projects, but I’m a bit superstitious talking about them before they materialise. I can just share that I’m attracted to subjects that require our collective urgent attention and to characters who are wounded, marginalized or disadvantaged, but at the same time inspiring, worthy of attention and unique.

You can watch Graziadei’s new docudrama, nic_unextinct, on 7th October at The Hackney Social as part of the love_unextinct fundraiser for The TulSun Foundation in Kyiv.