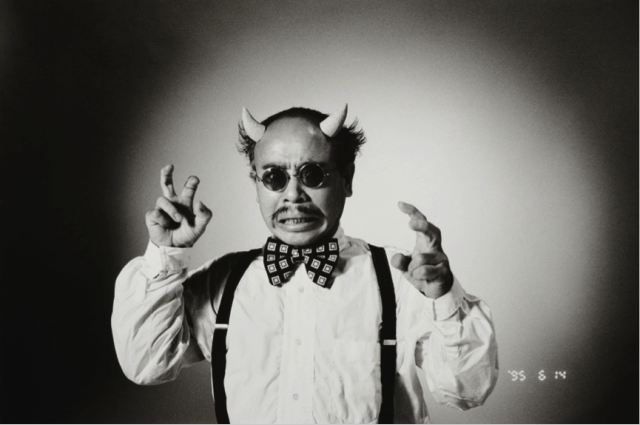 This May 25 will be the 76th birthday of famed photographer and contemporary artist, Nobuyoshi Araki. Born in Tokyo, the Japanese legend is known for his controversial and very successful works, which are usually avant-garde and erotically themed. He is said to be one of the most unique photographers in not only Japan, but the whole world with the Tate London having public collection of his works. In his early years, Araki studied photography in college, and ended up working at Dentsu, the big Japanese advertising agency. At work, he met a woman who soon became his wife, named Yōko Araki. She was an essayist and the subject of many of his pieces. Sadly though, in 1990, she passed away from ovarian cancer. He honours her in his work Sentimental Journey (1972), which documents their honeymoon.

Araki’s life is a busy one, and his career spans over decades. He has had such an impact that in 2004, an American director, Travis Klose, made a documentary film about his life called Arakimentari. The film shows a glimpse into the life of Araki as well as his art. The artist has also published many books over the years, and by 2005, he has published over 350 of them and counting. He most definitely has a long list of fans, which happen to include fellow famous faces, singers Björk and Lady Gaga. They have even both been lucky enough to have been photographed by him, specifically Björk had him photograph the cover and the inner sleeves of her 1997 album <em>Telegram</em>.

There is no doubt that Araki is an artist in every sense, as no matter what happens in his personal life, he will find a way to use it for his art. He is always living as an artist, rather than just being an artist as a career. He even says, “life is itself photography”. An example of this was in October 2013, when he had lost sight in his right eye. He then used this in his work titled “Love On The Left Eye”, which was shown in Tokyo’s Taka Ishii Gallery on 21st June 2014. The idea was that the photos were shot on slide film, and then afterwards, they were coloured in with marker on the right side. This was to show viewers what it was like to now see through Araki’s eyes.

In more recent years, Araki photographed Bottega Veneta’s spring/summer 2015 campaign in Tokyo. He also photographed model/actress Rila Fukushima for the Winter 2015 issue of Dazed. Even more recently, the creative director of Christian Dada, Masanori Morikawa, was very inspired by his work in “Love On The Left Eye” and asked him to collaborate for the AW16 collection. Morikawa liked the themes of life and death in Araki’s photos, and created the collection inspired by those themes. He even included Araki’s actual photos into the clothes, using methods of digital jacquard, printing and embroidery. There were also buckles and rope details in the clothes, which were clearly inspired by a bondage theme, which is used by Araki in a lot of his photos. For example, in kinbaku,, meaning bondage. Commenting on the clothes to Dazed digital he said, “It is so fun to see my work transformed into other forms. It’s like adding a new story to my work. I like to see that it keeps spreading like that through people so the spirit will be inherited to younger generations.”

Araki is continually bound up with artists whether they are musicians, actors or designers. In 2015 he featured in i.D magazine with Kiko Mizuhara

Being 75 years old, Araki is constantly aware of death and growing older. He has said that, “death is always coming – I don’t want to approach it myself – but there’s no getting around the fact that it’s coming, you just have to laugh it off!” Araki has commented that as he gets older, his work has changed perspective. He says that he feels that “happiness is the best state”. Because of this, he created <em>Kofuku Shashin, </em>which translates to Happy Photographs, a series he created which are snapshots of the people of Japan. It is very different to his other work, as it is shot in a way that seems as though someone personal to the subject has taken the photo. Although fans should know that he does say that he will never give up eroticism. It has been said that the constant use of sexuality and women in his images are to act against the censorship in his home country, Japan. Some people think that he focuses on eroticism because there is nobody else focusing on it around him. He believes that there is no eroticism in nudes, and that it only becomes erotic when there is action. He even says that he believes that genitalia are not obscene; it is hiding them that’s obscene.

In January 2015 Underground made use of some of Araki imagery in the Paris Showroom during fashion weeks (below). We love his work and his artistic spirit!