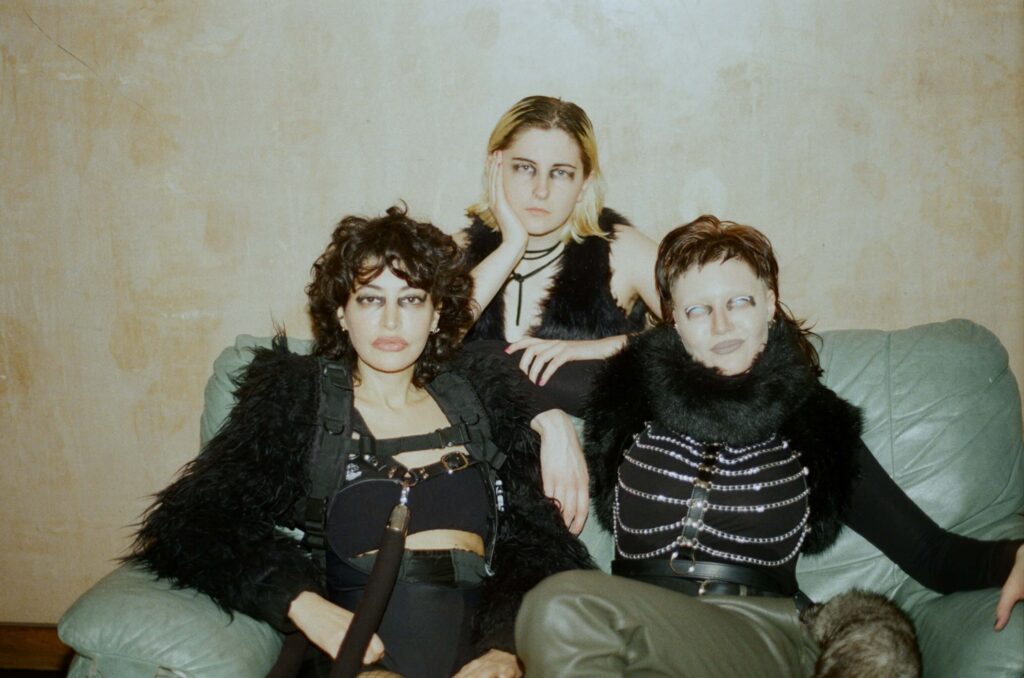 A year of locked-in, locked-down living has seen an even mightier digital transference of conduct, and no band seems to have better articulated this cyber-spaced existence than Hackney-based trio Deep Tan. Implementing sparse, jagged guitar lines to chronicle deep dives in the dark web, the three-piece traverse an online disposition with lyrical content spanning meme accounts and notions of consent with regards to deepfakes. Following the release of their EP ‘creeping speedwells’ we spoke to Deep Tan about lockdown perseverance, the return of live music and compliments from Pam Hogg.

After existing as a live band and releasing some brilliant singles, you’re releasing your first EP. How did ‘creeping speedwells’ come into being?

‘creeping speedwells’ exists in the way it does because of a series of coronavirus-related roadblocks. ‘Deepfake’ was on track to be a standalone single, but everything changed when the pandemic hit the UK in March 2020. We were in the middle of recording ‘Deepfake’ and had to put the brakes on all recording until restrictions lifted. In the meantime, we’d been having quite a prolific time writing new tracks, so it made sense to shift our focus to creating a body of work to come out later.

The EP is named after a garden weed – a comment on resilience – how have you individually prevailed following such a harsh year? And what are the most important lessons you’ve learned regarding supporting yourselves as creatives?

Wafah: When the pandemic hit the UK, it was so quick, for me it was quite a shock; surreal and scary. Everyone in my flat was away so I was on my own which wasn’t ideal, I ended up staying at my friend’s Alex Sebley (PREGOBLIN) in Streatham for the first half of the lockdown then with Meggie Brown, another musician and I kept sane by writing music, it was nice to be staying at friends who are also musicians and just made music to take my mind off things.

Celeste: The first year was tough! I found that keeping myself distracted with things like blender (3D design) tutorials helped, as well as online parties like virtual superstore and queer house party. I do think that a year with almost no socialising though, has taken a toll on even my most basic social skills: I got a style compliment from Pam Hogg on the Overground the other day (she complimented my hair), and I completely forgot to compliment her back even though she was the most gorgeous creature on that train. what’s wrong with me?!

Lucy: I wouldn’t say I have prevailed this year! I very much admire those who have taken up new hobbies, completed all their jigsaws and finished writing a novella but I’ve pretty much just gotten through it. I don’t own a drum kit so after about 6 months of not playing I was very worried I’d have forgotten how to play but it is all seeming to come back to me now, which is a success I suppose! 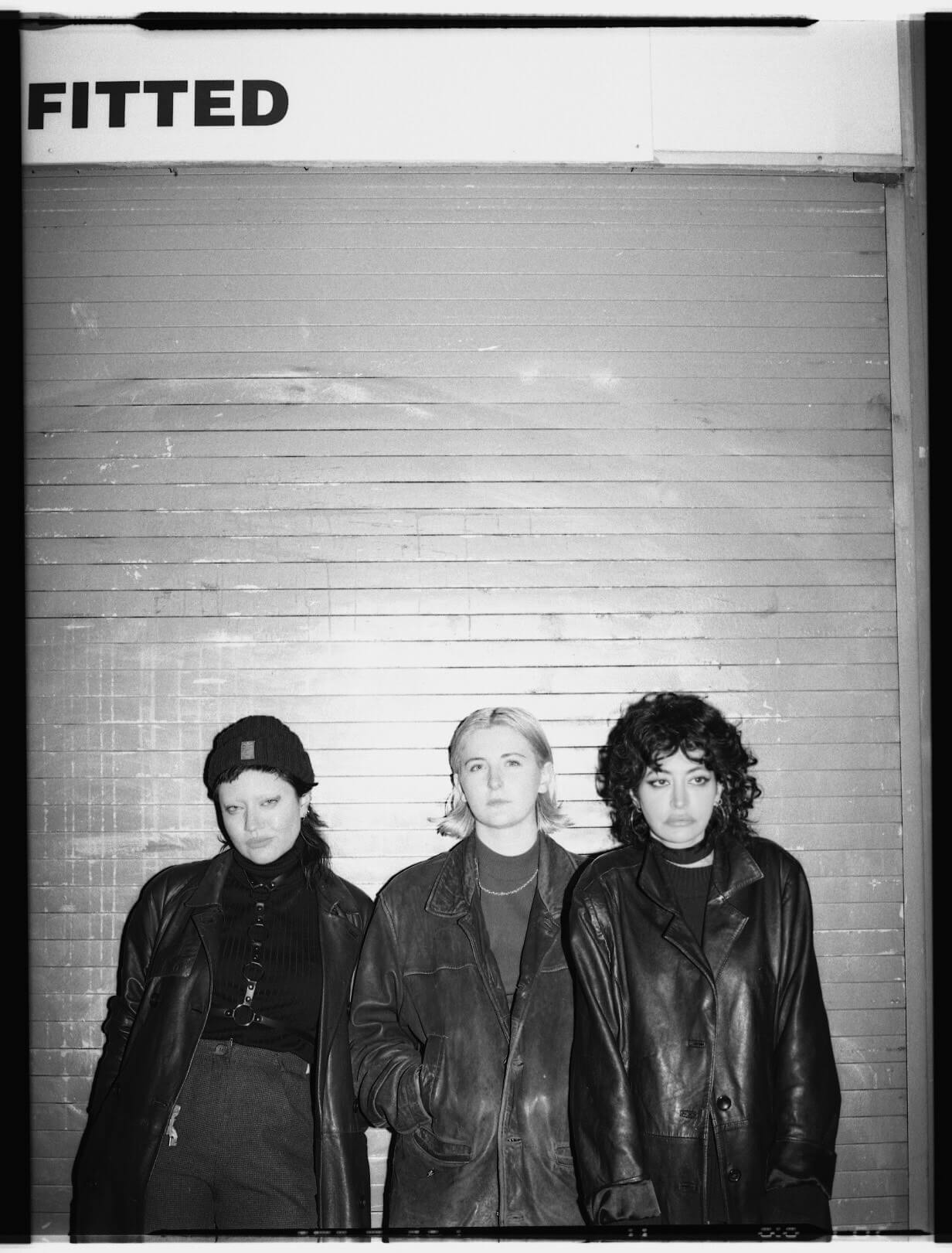 Lyrically, the content of your songs is both reactionary and refreshing – citing the ‘low culture’ of memes and the increasing digital transference of our lives. Many bands (bizarrely!) don’t tend to reference the internet at all; could you elaborate on this recurring choice of subject matter within your songs?

We’re all, in our own ways, citizens of the internet, and there’s probably been no time when people have spent more time online than during 2020. Having a considerable amount of our EP focus on online life feels like an honest representation of where our heads have been at since the start of the pandemic.

We also found a lot of interesting territory to explore on the subject of online life generally, a lot of which doesn’t get much airtime in offline culture. We get quite a lot of inspiration for lyrics on various sub-reddits, Wikipedia wormholes and Instagram meme pages. We really enjoy researching the stranger Internet subcultures out there and working aspects of these into our music.

Do you feel that the internet has had a positive or negative effect on independent music?

Both! Although streaming royalties don’t even come close to the kind of income that used to be made through record sales pre-napster, there’s also never been a better time to be a music fan or an artist using a DIY approach. Artists can be a lot more self-sufficient where the music business side of things is concerned now, which is empowering.

We love memes about astrology, Rupaul’s Drag Race, nsfw surreal memes, memes about gatekeeping, gaslighting and girl-bossing, most of the memes on @bandmemes666 and @berlinclubmemes…. ‘Do you ever ascend?’ is a nod to @doyoueverjustfuckingascend, of notable weirdo meme page status, and some other favourites @vaccinated_crotch_goblin and @on_a_downward_spiral

You’ve some headline shows coming up, what can we expect from them?

New songs, same rider request: a crate of Cherry B and packet of Ritalin!

Now you have your debut EP out of your system, what’s next for Deep Tan?

A load of festivals, a tour with Yard Act this September and a few surprises along the way 😉 New music too of course, hehe!

——- Catch Deep Tan at their next headline show at Paper Dress Vintage on the 13th of October. 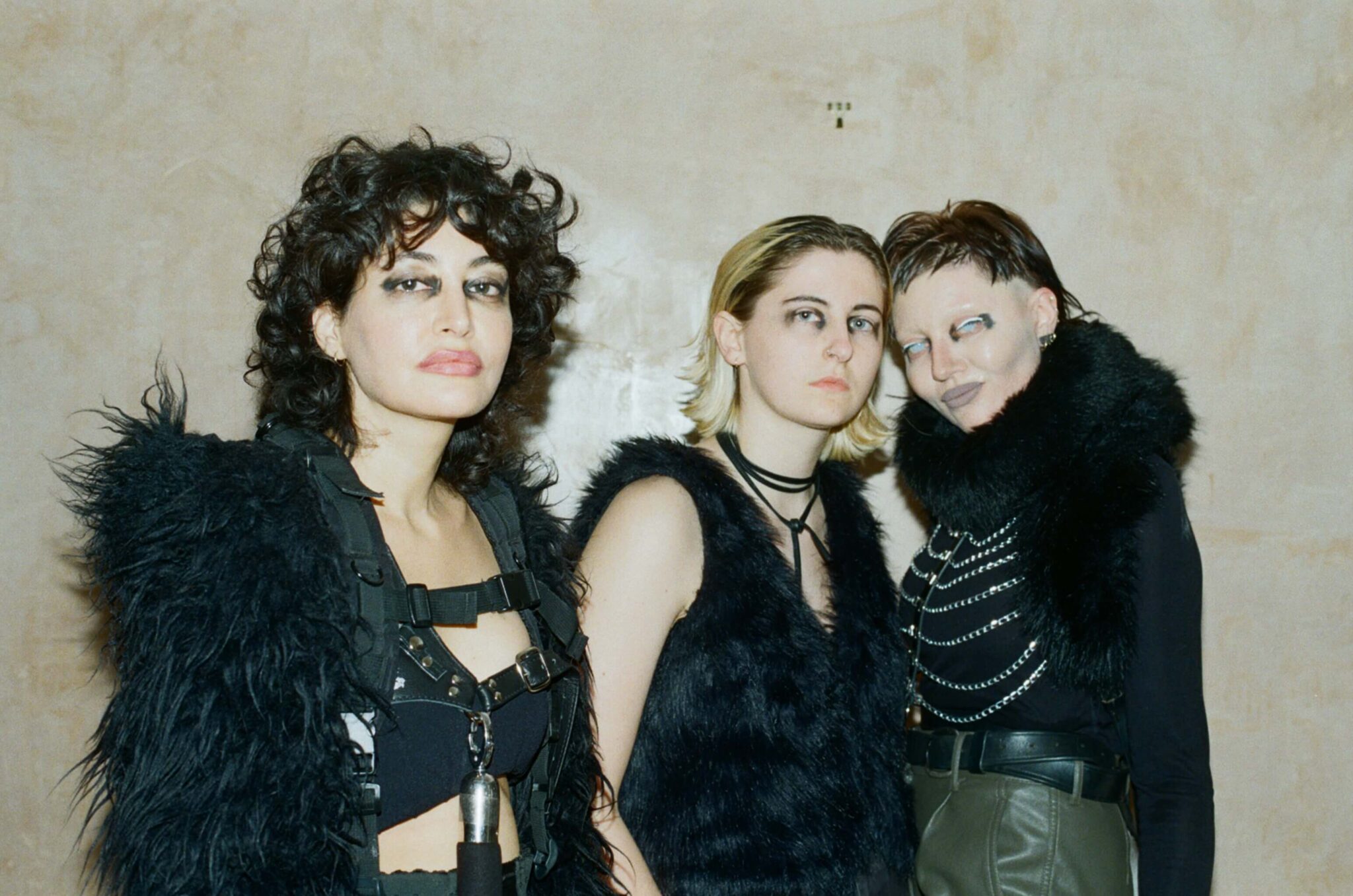