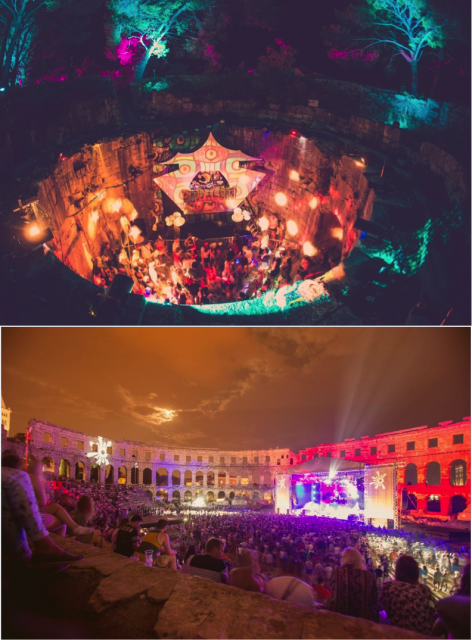 The people at Outlook Festival want to give you the best summer wrap up party ever and for 4 days at the start of September Croatia is home to serious ravers from across the globe.

The Festival is set in an abandoned fort that sits above the Adriatic Sea nearby to a beach and Pula Croatia. The setting can literally be described as the Caribbean of Europe and Croatia is truly blessed with beautiful waters and welcoming weather.

Not every festival can boast such surreal surroundings; ancient Arenas, an Amphitheatre, Moats, beaches and fields are transformed into event spaces we would die to see in action.

Nor can every festival claim to be so in touch with its underground supporters, Outlook festival prides itself on its authenticity, promising festival goers that when they say bass… “we don’t mean the bastardised commercial version currently being sold to children”

Enough said. Outlook is 9 years old in 2016 and has earned its stripes as one of the freest, wildest events of the summer. Visitors can look forward to techno, house, dub, reggae, hip hop, garage, grime, electronica and more.

Music lovers can see by this list that the UK, specifically London, are representing in a big way. Many of the artists have been featured in ‘Into the Dirt’ –the Punk zine re-imagined for Grime -and represent the UK’s future in music. Hands up to Outlook, its going to be huge.

Tickets sold at around £150 (including booking fees) however are no longer available on the site. All is not lost though, a camping pass can be purchased for £60 as well as a ticket to the opening concert (held on the 31st on August) for £35.