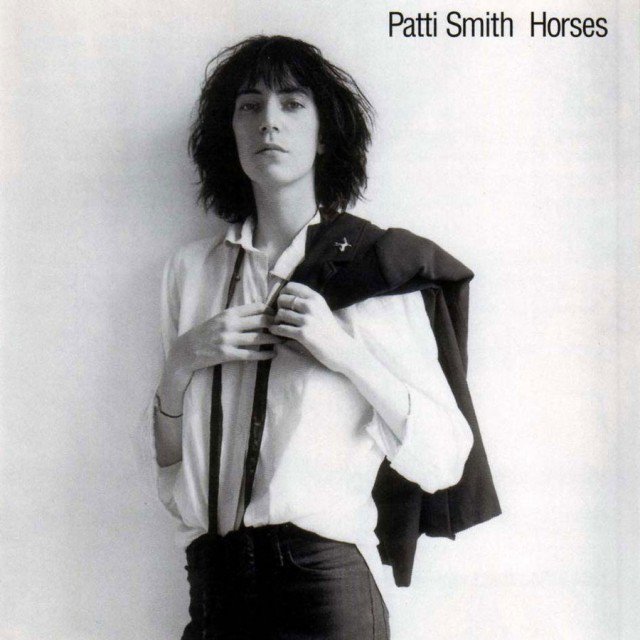 Marking 20 years since the release of the album “Gone Again “we are taken a look at Patti Smith.

Patricia Lee “Patti” Smith, born in Chicago in 1946, a singer-songwriter, poet, visual artist and legend. Known for mixing spoken word poetry with punk rock music to create a sound that is specifically her own, Patti earned the title “punk poet laureate” and also known as the “Godmother of punk”.

Patti left college in 1967 and moved to Manhattan, meeting photographer Robert Mapplethorpe and the beginning of an intense romantic relationship, which she discusses in her memoir book ‘Just Kids’. She moved on to Paris with her sister in 1969 busking for a living and moved back to Manhattan to reunite with Robert, living in the Hotel Chelsea and hanging out at CBGB and the nightclub Max’s Kansas City.

Patti tried her hand at acting, starring in multiple plays like ‘Femme Fatale’ by Jackie Curtis and ‘Island’ by Tony Ingrassia. In 1971, she wrote a play herself with Sam Shepard called ‘Cowboy Mouth’, which she acted in for one night only.

In 1989, Robert tragically passed away from HIV/AIDS.

Patti had a relationship with Blue Oyster Cult’s keyboardist, Allen Lanier and wrote many of the lyrics for them, including the song ‘Debbie Denise’ taken from her poem ‘In Remembrance of Debbie Denise’. By 1974, Patti was performing in a band consisting of guitarist Lenny Kaye, bassist Ivan Kral, drummer Jay Dee Daugherty and pianist Richard Sohl. That same year, the band made their first single “Hey Joe / Piss Factory”. This led to her band, The Patti Smith Group, being signed by Arista Records

In 1975, the band recorded their first album ‘Horses’, mixing poetry and punk rock, and no doubt that this album was a cornerstone of the NYC punk movement.

In true Patti Smith fashion the iconic cover image was shot by Mapplethorpe .The album itself in her own words was “three-chord rock merged with the power of the word”.

As the band and genre gained ground, they toured around Europe and the UK and released a second album, Radio Ethiopia, influenced by MC5, which initially got poor reviews. During the album tour in Florida, Patti was dancing and fell off stage, breaking the vertebrae in her neck. The healing time was also a spiritual healing, giving her more time to focus on herself? This led to her meeting Fred “Sonic Smith, the guitar player for MC5, getting married and starting a family two more albums followed ‘Easter’ and ‘Wave’.

During the 80’s, Patti took a break from music. But in 1994, tragedy struck again and her husband Fred passed away of a heart attack, followed by the death of her brother. She grieved for a long time before being convinced to get back into music by her friends and supporters. In 1995, she went on tour with Bob Dylan and went on to release the album Trampin . Patti was made the Commander of the Ordre des Arts et des Lettres by the French Ministry of Culture.

In 2007, she was put into the Rock and Roll Hall of Fame, which she dedicated to her late husband Fred. A documentary was made of her life in 2008, whilst her ‘Just Kids’ book was published in 2010 and received the National Book Award for Nonfiction. Recently in 2012, she released her 11th studio album, ‘Banga’.

An idol and inspiration, and confessed as such by The Smiths, Sonic Youth, R.E.M and Madonna and Courtney Love.

And there is more – on July 1st 2016, Patti is set to play at London’s British Summer Time in Hyde Park