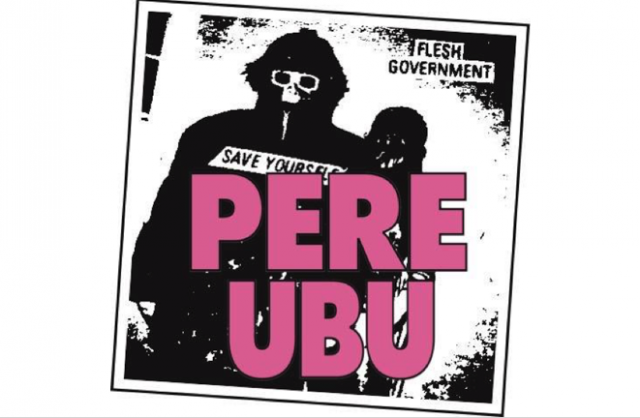 Pere Ubu is a rock group formed in Cleveland, Ohio, in 1975. Singer David Thomas is the only constant, whereas the other members varied throughout the years. Describing their sound as “Avant-garage,” Pere Ubu’s work drew on diverse sources such as rock music, musique concrète, performance art, and the industrial environments of the American Midwest. The group’s name is a reference to Ubu Roi, an avant-garde play by French writer Alfred Jarry. They are usually categorised as “underground rock”, having rarely achieved commercial success. 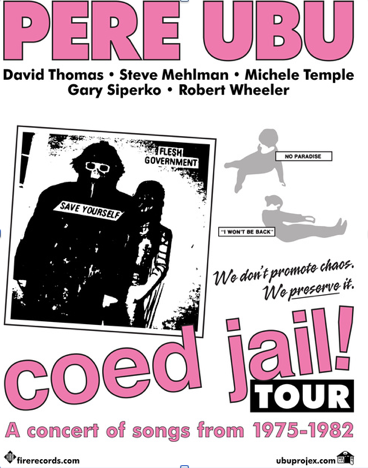 Pere Ubu coined the term Avant-garage to define his music, also to reflect interest in both experimental avant-garde music and raw, direct blues-influenced garage rock. Their music has been called art-punk and post-punk. Their songs imagined 1950s and 1960s garage rock and surf music archetypes as seen in a distorting funhouse mirror, emphasising the music’s angst, loneliness and lyrical paranoia. Sometimes sounding like a demented nursery rhyme sing-along, this already bizarre blend was overlaid with Ravenstine’s ominous EML synthesizer effects and tape looped sounds of mundane conversation, ringing telephones or steam whistles. Their propulsive rhythmic pulse was similar to Krautrock, but Thomas’s yelping, howling, desperate singing was and still is peculiar when compared to most other rock and roll singers. 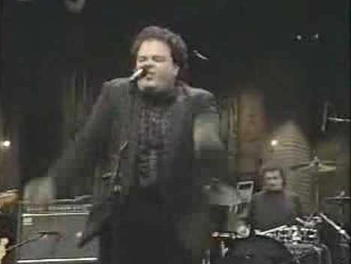 Pere Ubu are on the last stretch of their ‘Coed Jail!’ tour in North America, where they are playing set lists drawn exclusively from the recordings of 1975-1982. The tour is promoting their new box set Architecture of Language 1979-1982 which features vinyl remasters of the seminal albums ‘New Picnic Time’ (1979), The Art of Walking (1980) and Song Of The Bailing Man (1982) plus a platter of extras. 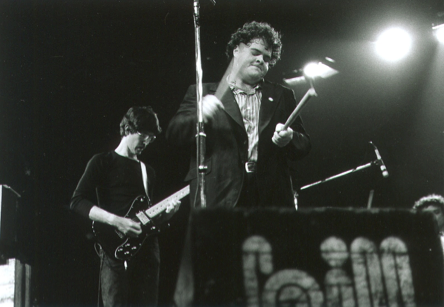 The Guardian interviewed the Pere Ubu’s David Thomas and the interview sheds light on the fact that according to Thomas, in 1975, the band were the local supergroup, but despite this, still believed they were fairly normal in comparison to the rest of the scene at the time. David is no stranger to the music arena, having previously being a member of Rocket from the Tombs but didn’t think highly of this experience at all, even going as far as to say it was a ‘pretty brutal experience’. 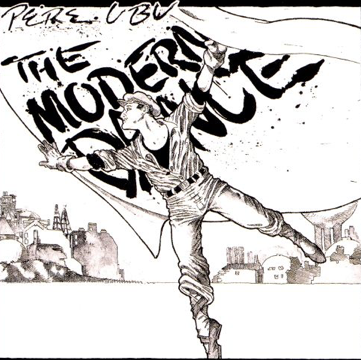 Pere Ubu have supported Pixies, They Might Be Giants and Gang of Four, who are ‘three strong, self-confident bands’ according to frontman David Thomas. The thing about Pere Ubu is that with the exception of Thomas the line-up has constantly changed and that makes them a concept more than a band. That probably means they can continue forever, renewing and rolling over to the next generation. When you bear in mind that their style was really post punk before punk even hit us then this has got to be one of the Post Punk reference points.