PERSPEX on their glam-inspired debut record 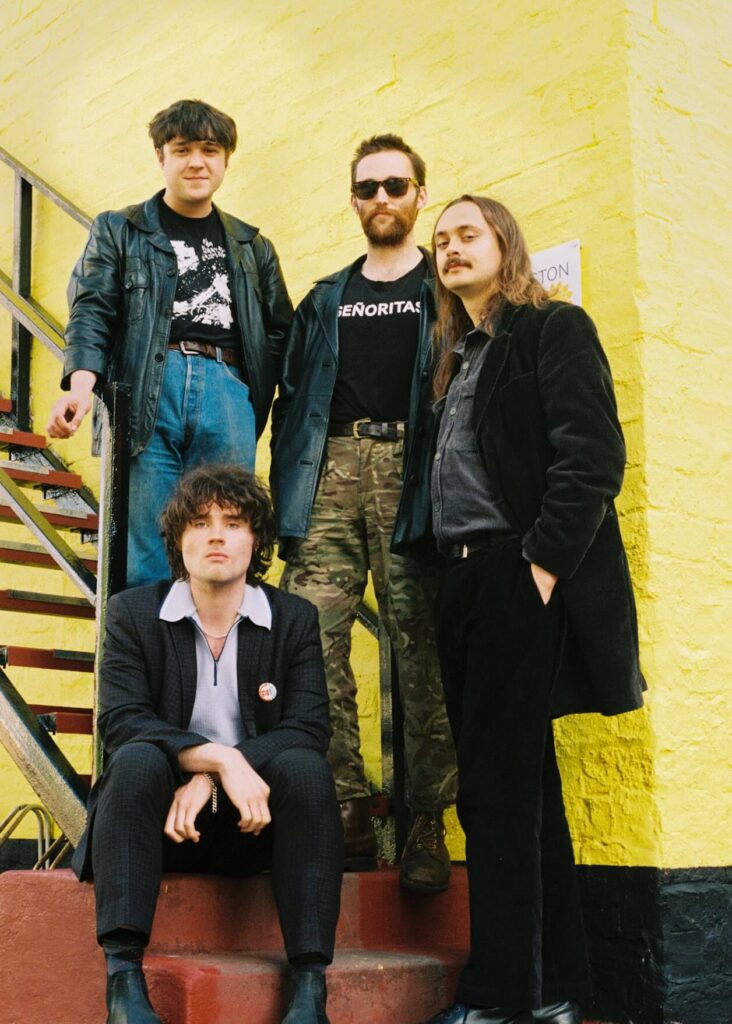 With a slight Marc Bolan wail and brazen buoyancy to boot, it’s little surprise that the first album of Leeds-via-York four-piece band Perspex have eschewed the angst of their peers for a foundation of palatial, 80’s Glam. Prior to their imminent ‘Whip the North’ tour with The Black Lagoons, we caught up with Perspex’s singer and guitarist Michael Cable about York’s musical community, epiphanies and recording their eclectic debut.

For those who do not know, how did Perspex come about?

We formed from another band, which we were in when we were really quite young – from the ages of about 17 or 18 – and so we stopped doing that and formed Perspex. We all met in York, from being in college, I’m from Leeds but I moved to York at that time, it’s a pretty standard, boring story. Though I met our bassist Ollie through joinmyband.com which is a pretty archaic way of meeting someone…

I’d love to pretend there’s a meaning behind the band name but there isn’t, it makes me laugh; it suits our sense of humour having a plastic name when plastic is evil now! Obviously, I want to see the world burn, I’m against recycling, I litter; we are the first band to fully go against climate change! Not really, before I was in an actual band, I used to make up imaginary bands and write albums and songs, and I think one of them was called ‘Perspex.’

You very graciously let us use your debut single ‘Jesus on the Valium’ for an Underground video. It was released back in March 2019, but if you can remember… what’s the story behind the song?

It was nice seeing the song put to use in that way! It’s a story; a narrative of a character who’s on the strings of everything and is just a bit of an idiot, someone who’s very paranoid and full of themselves; a Travis Bickle sort of character! I wore it a long time ago, I wouldn’t have written it now, I don’t think. Musically, I was just obsessed with The Birthday Party at the time and wanted to write a song that was like The Birthday Party doing disco!

Your most recent release ‘Soft/Double Recovery’ was made just before lockdown hit, how have you chartered the last year as a band?

It’s been boring, before Covid we were getting a bit of momentum and getting used to doing gigs, and then when lockdown hit it forced us to look around at what we were doing. I had a complete change of heart about what we were doing, maybe the word ‘epiphany’ is too much, but I was floating round the room going “no more Post-Punk!” and started writing different songs. That was probably the best thing that happened that year.

This year, we went into the studio and recorded an album, hopefully we’ll get it out within the year as I don’t want to sit on it. Otherwise, it becomes stale and then you’re not excited about it and you can’t push it in the same way! ‘Soft/Double Recovery’ was recorded the week before lockdown, we’d gone into the studio to record what we thought would be an album, which was great as we had all these songs ready to release as singles in quick succession over lockdown. It was a funny week, we learnt from that what not to do; we went into the studio and got pissed every day and came out with half an album.

i want us to be one of those bands that just puts out albums all the time and function as artists away from the hype, not quite like King Gizzard but maybe like The Jonestown Massacre. I’m determined to avoid the hype thing we have in this country; it ruins bands. It lumps bands who could be quite different and eclectic into one big collection of dross, when actually there’s lots of good stuff around, it’s just the way it’s marketed. I feel that in America they do it better; bands have their own identity and are releasing music as artists rather than as a low-level celebrity. 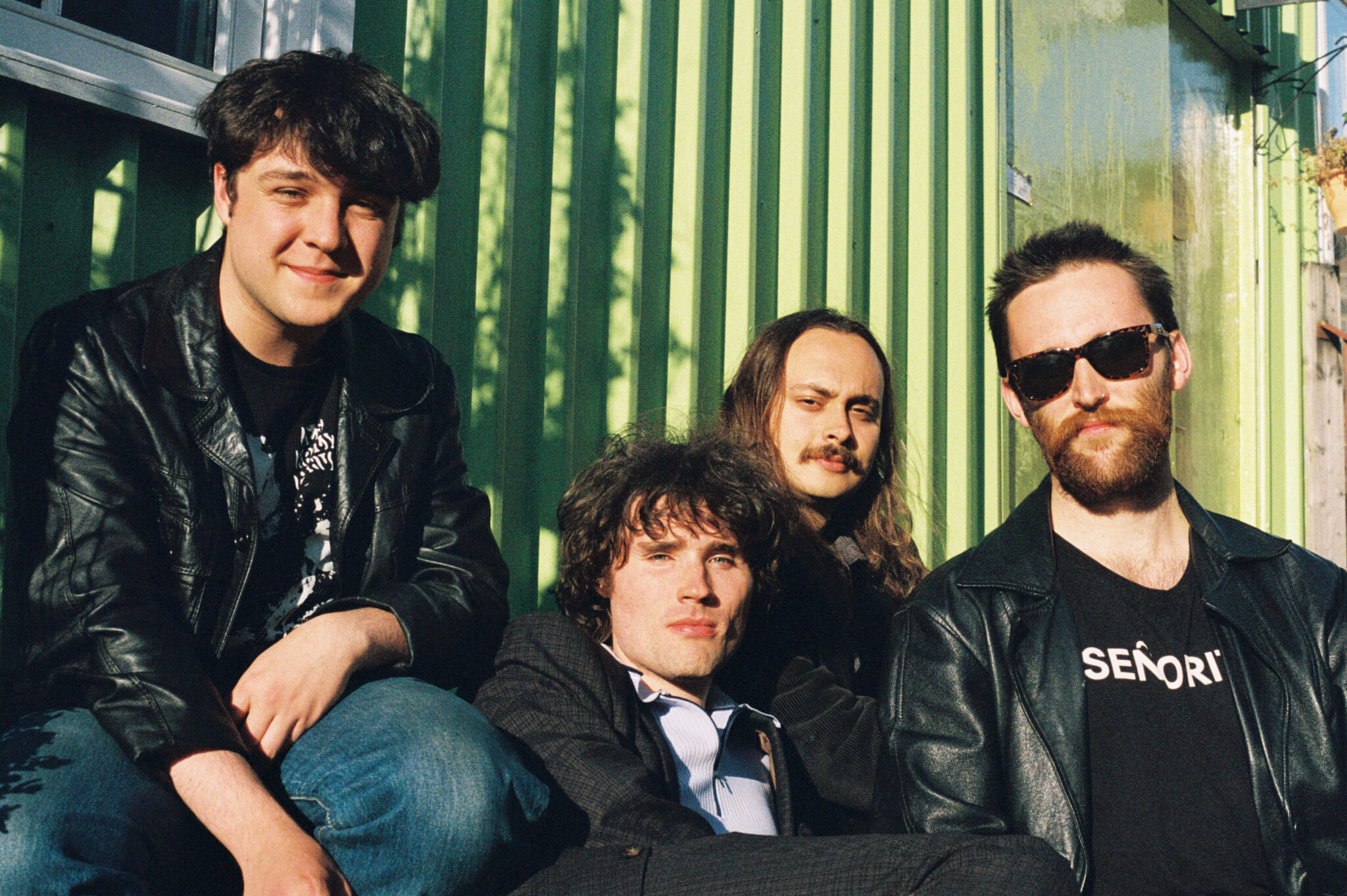 So, if Post-Punk is out the window (!) how’d you define the music you make?

I was joking! I love The Fire Engines and Josef K and a lot of that 80’s Post-Punk. It’s still there in our music, I just think we’ve evolved into a band where we’re getting all out influences and putting them into a big melting pot. I find it more interesting personally, writing songs that are drawing from different places. That was the good thing about people like Bowie, obviously he was serious about his art but he was taking the piss and playing around: “I really like Soul so I’m going to make a Soul album!” or “I really like Krautrock so I’m going to make V-2 Schneider!”

What was the process behind making the album?

Half of it was written by me at home on my guitar, the classic way of doing it! And the other half of the album were things we’d written in the practice room together pre-Covid. As far as influences go, I think it sounds really Glam, especially sound-wise and texture-wise, it sounds very Glam and 70’s! Also, it kind of sounds like Oasis or something, but in a good way (!) Again, they’re one of those bands people love to be snobby about but some of these bands have great songs and it doesn’t matter that they’re on Soccer AM! People want music to celebrate to coming out of all this, there’s only so many times you can hear somebody ranting…that’s why Punk collapsed into such a flaccid thing; there’s only so many times you can punch a wall until your knuckles are broken.

Music from the North seems to be, at long last, getting the wider recognition it deserves in the past year or so. How important are the musical communities of Leeds and York to you?

York’s brilliant! It’s one of these places that’s not an industrial city; it’s not had the cultural exports of Manchester or Liverpool or other Northern towns and cities. York’s tiny, but I think in the past few years there’s been some amazing bands, and bands who have a really strong identity and aren’t influenced by what’s going on in the rest of the country. There’s a band called Bull, I don’t even know to describe them, they’re like pop music but how it should be; if synthesizers were never invented then the charts would sound like Bull! There’s Cowgirl too, they sound as if Neil Young was in The Velvet Underground. We live in Leeds now but we haven’t really infiltrated the scene there, we haven’t had a chance to become a Leeds band yet, but I think we’ll always be a York band even if we’re not necessarily living there.

It all depends whether Ministry of Sounds like our album! I want to be the first band that gets their album released on ‘Now That’s What I Call Music!’ Have you seen on Sky they’ve got ‘Now’ TV Channels, it’s the most fun you can have without a pint of Guinness, the Now 70’s channel is amazing; it’s just constant, cheesy Glam!

I think we’re just getting ready to approach people, it’s all about finding the right person to put the album out. And I think we’ll put out a single soon before the summer is over, before everyone dies of Covid in the winter time and we’ve no listeners left…! 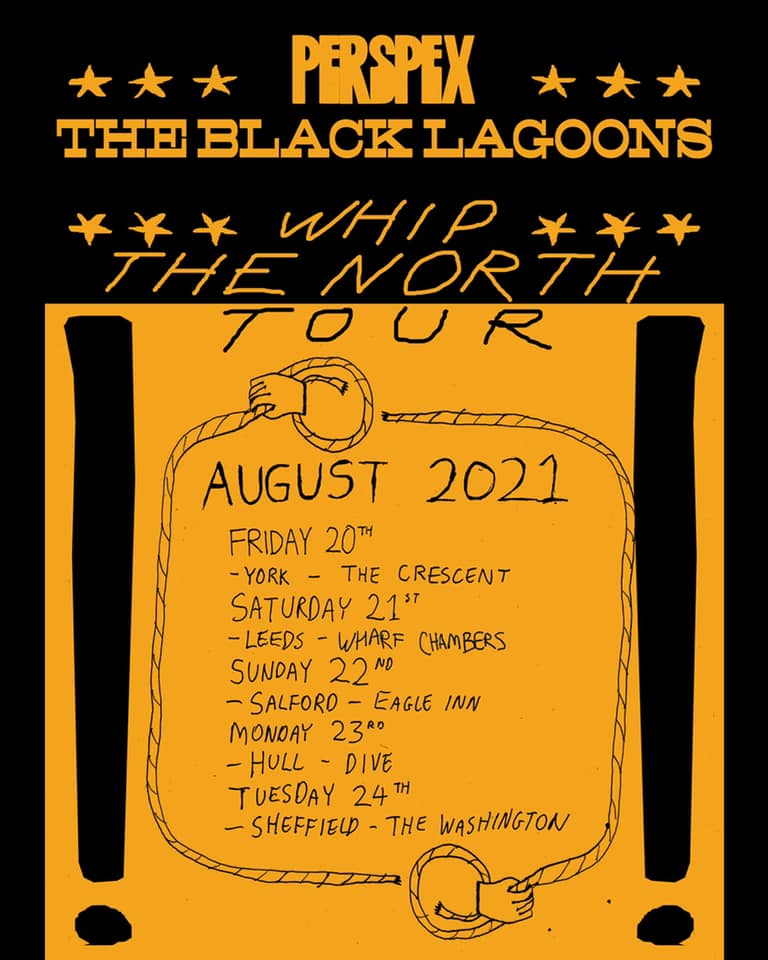