Spotlighting the Co-Leader of the Cramps: Poison Ivy, A True Visionary 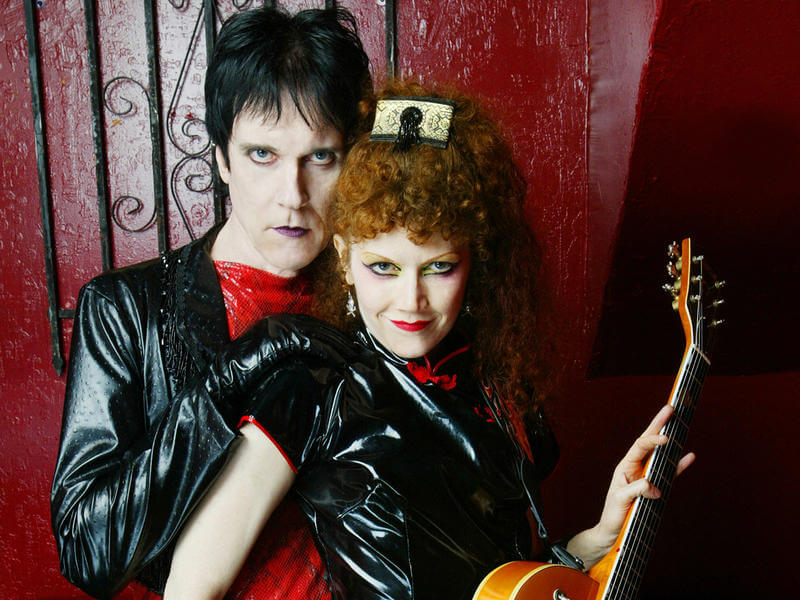 How do you describe a creative force like Poison Ivy? Born Kirsty Marlana Wallace and also known as Poison Ivy Rorschach, she was armed with a guitar and a strong desire for change. With her band The Cramps’ influence spanning over three decades, she led the alt-scene in New York at CBGB’s, the hallowed hall of punk which opened in 1973 by Hilly Kristal in Manhattan’s East Village. A 350-capacity venue, its intimacy was a draw for other emerging bands such as The Ramones and Patti Smith. Ultimately, Poison Ivy had big hair and even bigger dreams, she was the driving force behind shaping the alternative music scene.

Rumoured to have taken the name ‘Poison Ivy’ from a dream while at Sacramento State University, she always aligned herself as an outsider, hence chosen to wear more revealing clothes and smokey make-up. Always keen to paint her life outside of the lines, she decided to work as a dominatrix at The Victorian, leaving her former job as a waitress due to the huge difference in pay. She met Lux Interior at College in 1972, who actually took his name from a car ad. This meeting prompted the birthing of her brainchild with Interior, who also became her late husband and the lead singer of their punk-rock band, The Cramps. Despite its changing line up from its creation in April 1976, until its disbandment in 2009 due to the death of Interior, they left a legacy yet to be diminished.

The Cramps were managed by Ivy, as both a band and a gang. She was an impressively accomplished lead and rhythm guitarist, always staying true to her artistic vision. The band brought the emerging genre of psychobilly to the forefront of people’s attention. Usually referred to as a cult band, they blended rockabilly and ‘60s garage rock with punk. They used pop culture as their inspirations and were a literal project of America.

The rockabilly element was partly due to Ivy’s admiration for American Shawnee Rock ‘n’ Roll musician, Link Wray, who was placed by Rolling Stone as 45/100 of the greatest guitarists of all time. They even covered the “King of Rock and Roll’s” track themselves, a strong rendition of the King’s hit track, ‘Heartbreak Hotel’.

Always thriving off the unusual, one of The Cramps most infamous shows was their performance at Napa State Mental Hospital. Some of their lyrics may have been regarded as being slightly near the knuckle, such as ‘Can Your Pussy Do the Dog?’, ‘All Women Are Bad’ or ‘Bikini Girls with Machine Guns’, with the latter being their sole Top 40 chart success. Also, Ivy posing as the track title also reiterated her unique persona and her tendency to step away from the norm, in a similar way to the likes of Jordan Mooney and Vivienne Westwood’s SEX.

Throughout the band’s career, they played with the idea of image and identity, after swapping their focus on B-side horror to sexual ventures. Not only were they ahead of their time with their music, image and love of horror, but the band itself was also split evenly with half men and half women, something which is still rarely seen decades later. They celebrated their relative longevity by marking their 25th anniversary with a re-issue of their post-I.R.S discography. Their last album of fresh material Fiends of Dope Island (2003), successfully set the band’s sound in front of the backdrop of the 21st Century.

Their last time performing as a band live may have been at House of Blues in Anaheim, California, in November 2006, but Poison Ivy and the band’s influence is yet to dwindle. They sparked the movement for horror punk and changed what people thought music should be. Poison Ivy herself acted as an inspiration for others to accept themselves as they truly were, and with her obvious guitar skills, became a role model for any girl to pick up an instrument. We can still learn a lot from one of the most underrated bands in alt-history.

If you’re interested in finding out more about Poison Ivy and The Cramps, make sure to read ‘Journey To The Center Of The Cramps’ by Dick Porter.