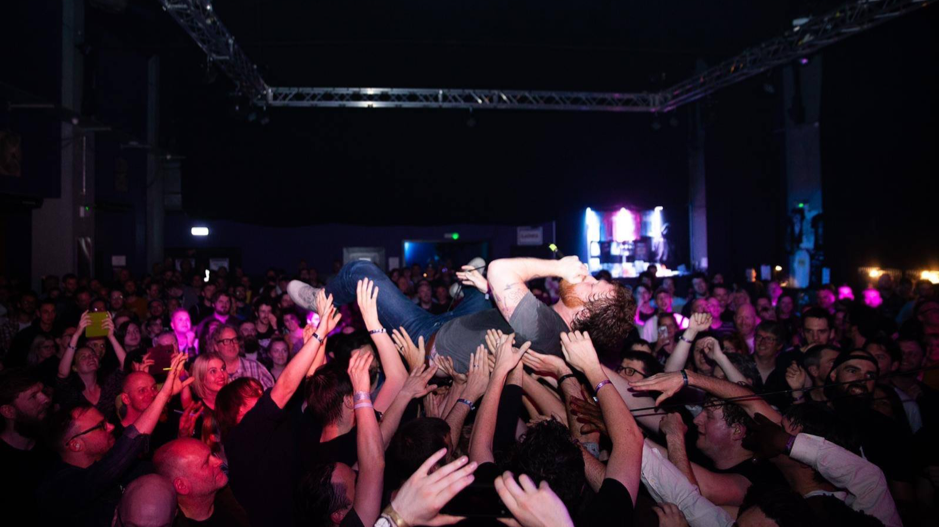 Following what seemed to be London’s festival weekend, one of the festivals on offer was Portals Festival. Taking place at Tufnell Parks’ The Dome, the venue became a home for an intimate crowd of experimental rock enthusiasts and those of a curious disposition. For its second birthday, the event was bigger, better and busier than before, with one member of the crowd admiring just how the gender disparity in the audience had decreased this time round which is always a good sign. With an eclectic mix of crowd members, the festival’s top priority was to be as accommodating as possible from music to the food they served (satisfying carnivores and vegans alike).

Running from afternoon into the night, Portals put on a party to fill up your Saturday and Sunday – especially if Sunday morning was spent recovering before round two. Underground had the chance to check out the festival to provide you with everything you need to know about Portals Fest and why you should be attending next year. 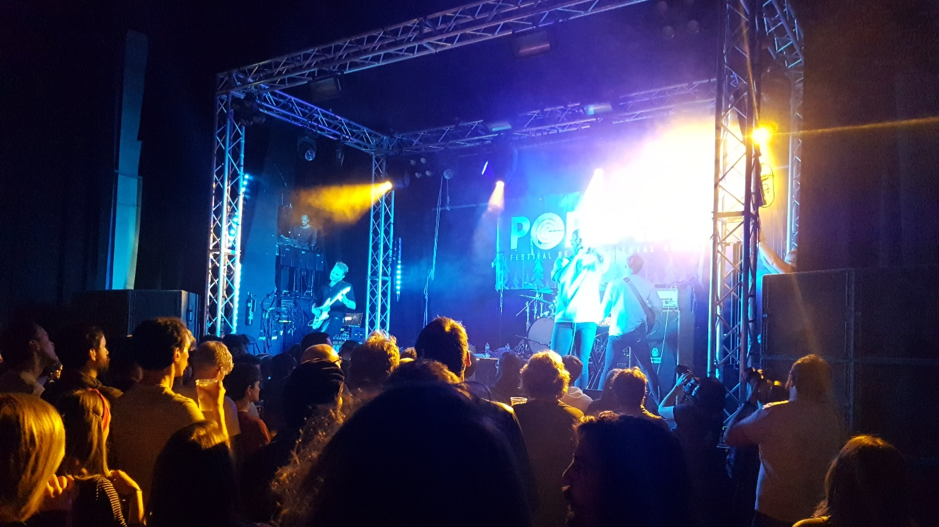 With only a small range of stages, performers at Portals managed to make a lot of noise. Taking over stages from the upstairs of The Dome to The Boston Music room below to the tight space under Ace and Eights were a bunch of extraordinary artists from around the world and the UK. The Dome was certainly the largest stage there and saw the more well-known acts from the weekend take to its floor. With a domed ceiling, surprise surprise, the room made for a great sound, especially through Orange amps. There was also a range of merch stands encasing the stage, where you could indulge your band tee needs and grab a drink from the bar while you were at it. Known for its rock gigs and neo-metal club nights from back in the day, it’s nice to know that the festival’s main venue hasn’t drifted from its roots too much – even if it’s missing its Alien vs Predator arcade game.

The second space was just below, following from the stairway to The Dome through the smoking area and then in through what seemed to be a back door. From there you found yourself in sister-venue The Boston Music Room, an almost Moth Club looking space with wooden panelled walls and a few seating booths. Moody and encircling, the vibe was certainly more intimate than the grandeur of The Dome.  However, this made it the perfect breeding ground for getting all your doom-metal and post-punk rocks off.

The third, final and also brand-new space (to the festival stages that is) was Ace and Eights music venue just below their busy upstairs pub. Decked out like a speakeasy of the past, the small but embellished space was an almost unusual spot for loud punk bands to take the stage. Despite its juxtaposing decadent drapes adorning the stage against shouty, sweaty music makers, the venue was a chance to get close and personal with the bands as well as your fellow festival goer. It was also an opportunity to grab a pizza upstairs in the bar, a tasty alternative to headbanging with the rest. 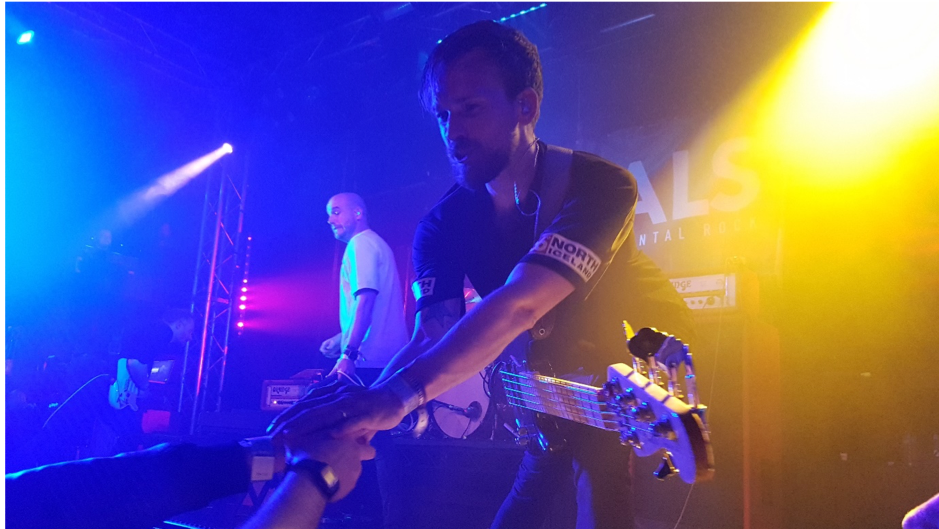 While there may have been a lot of music on offer across London this week, Portals Festival was the only one that staged experimental rock artists from near and far. And its clearly something that listeners have been looking for, whether the fest goers new the bands or not the consensus was just to have a good time and relish in the opportunity to indulge in some unorthodox rock.

Jam packed with experimental rock is an understated way of describing the line-up which Portals had on offer. With only two days to showcase an array of different creatives, Portals created a running order that made it possible to see almost every band on the list – if you were happy to miss at least a few of the bands from the two smaller stages.

Nevertheless, both days saw much anticipated performers spread across the three venues. On the Sat fans saw bands such as The Guru Guru, The Samuel Jackson Five and Agent Fresco grace The Dome stage with a nice blending of post-hardcore, psychedelic rock and noise, i.e. the perfect recipe for a good night. In The Boston Music Room you could also find amalgamations of genres by the plentiful with the likes of math-rock come doom-metal figures Nyons, and more indie-rock jammers Tellison. Meanwhile, running riot but confined to the tight walls of Ace and Eights were artists Tayne, Salt and the Snail, and Kunanagi who were not only loud but also brightened up your night with some glow sticks.

Sunday saw fan-favourite A.A. Williams open The Dome stage, later joined by Telepathy, I Like Trains and Three Trapped Tigers. Once more noise flooded from both smaller venues with the sounds of Lost in Kiev, Waking Aida, Fez and You Break, You Buy flooding listeners’ ears. With such a little capacity, as a guest you were likely to be brushing shoulders with many of the performers or able to shake their hand at the bar – not many festivals have that luxury.

Having such an underground presence on the festival scene can be challenge when it comes to getting people through the door. However, for Portals being a lesser-known festival seemed to work in their favour. With a smaller capacity than most and fewer stages than other competitors, Portals used this to their advantage making a weekend that celebrated independent artists which was both authentic and crowd focused.

In doing so, Portals not only staged artists who are changing in the game in rock music but also knocked down the barriers between artist and audience, and instead allowed for a free-flowing appreciation of experimentation and self-expression.  What better way to spend a sunny weekend?