PRINCE – Artist, songwriter, producer AND a champion of artist rights and individuality 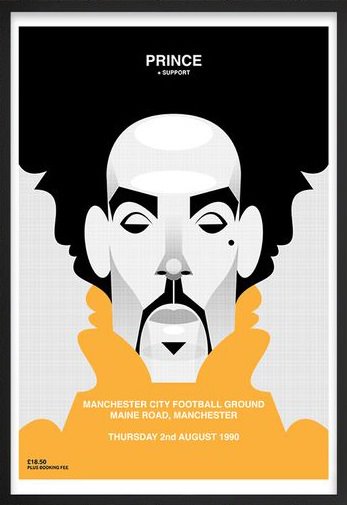 We quote the New York Times’ Jon Parales “ He toyed with every duality he could think of: masculine and feminine, black and white, straight and gay. While he made albums virtually by himself, like an introvert, his concerts were in the grand extroverted tradition of rhythm-and-blues showmen like James Brown. His music pulled together rock and funk, gospel and jazz, pop ballads and 12-bar blues. His most distinctive rhythm – a choppy, keyboard-driven funk – has permeated pop, hip-hop and dance music “

An artistic campaigner gone before his time but with a huge, huge legacy . Changing his name to escape the clutches of the recording company, challenging the free streaming of his work and refusing to be a slave to the music industry. Prince famously took on the labels to gain back the rights to his birth name.

Wanting to buy back his masters from Warner Bros he told Paper magazine in 1999 “I wanted to buy my masters back from Warner Bros. They said no way. So I’m going to re-record them. All of them. Now you will have two catalogs with pretty much exactly the same music—except mine will be better—and you can either give your money to WB, the big company, or to New Power Generation. You choose.” So spoke a true fighter for individual rights.