Leather goods. An example of the art of customising to reflect your inner self outwardly, and one of the most striking embellishment adopted by different subcultures of all varieties: studded leather.

You can trace back the combination of metal and hide to armour worn by the Romans, Celts or Samurais. Metal studs were visible to hold together panels of reinforced leather. It wasn’t until the Middle Ages that their use moved from practicality to aesthetically, when they were adopted on armour to appear more menacing. Yet the usage in any context outside of war is a modern one. The use in subcultural circles as fashion adornments came as suddenly as the youth groups did themselves. Of course, one of the first uses was in fetish culture – where military uniforms, armour and torture equipment were drawn as inspiration for S&M and the garments associated.

As the seventies arrived, studded leather leapt into subcultures. Punks would take studded collars designed for fighting dogs and scour fetish boutiques to acquire studded goods. All to look threatening, which harkens back to the efforts made in the middle ages. Judas priest went from performing in bell bottoms and floral shirts to suddenly riding motorcycles in studded leather harnessing whips. Studded leather remains a key fixture of subculture and rebellious style.

Our leather goods collection includes the studded belts, wristbands and chokers together with key chains and key rings. Made in the UK. 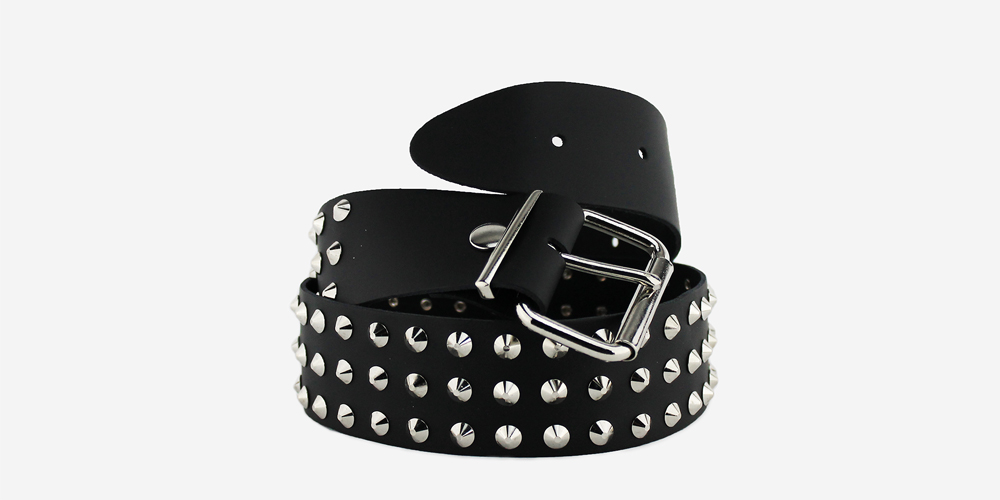 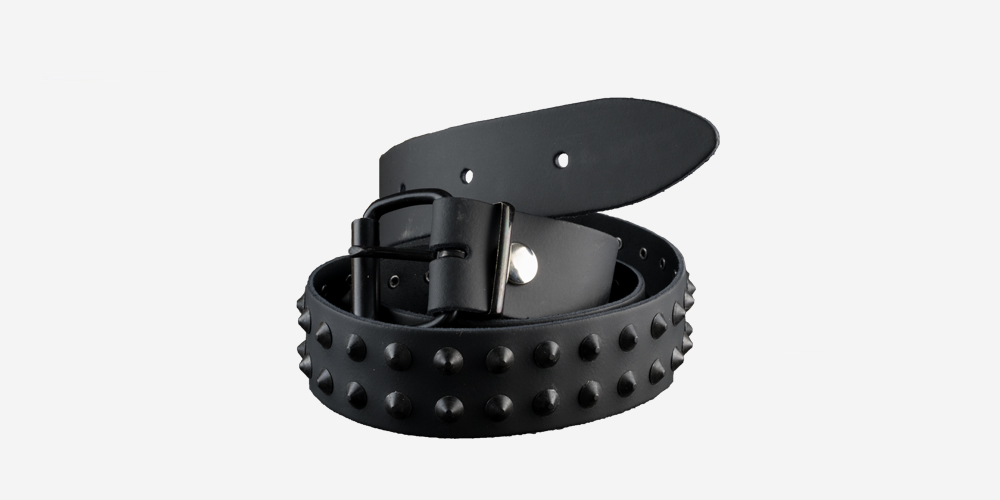 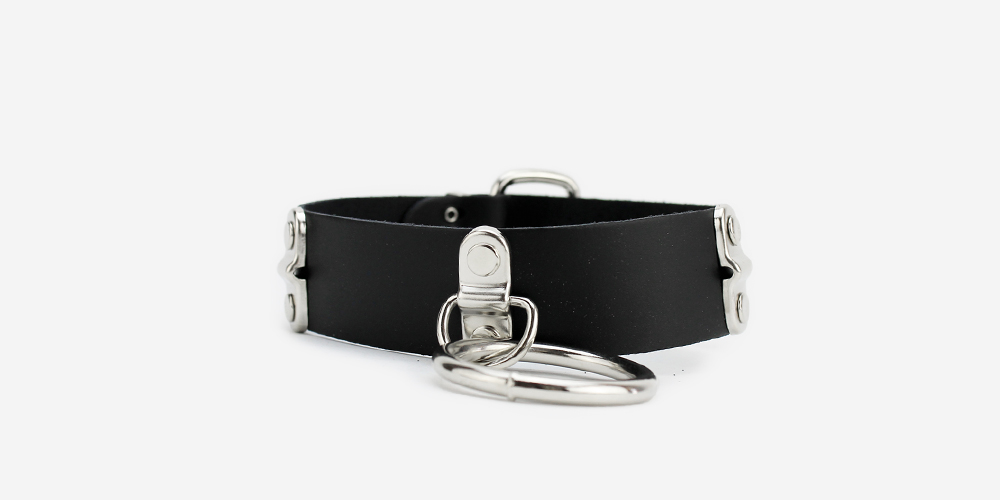 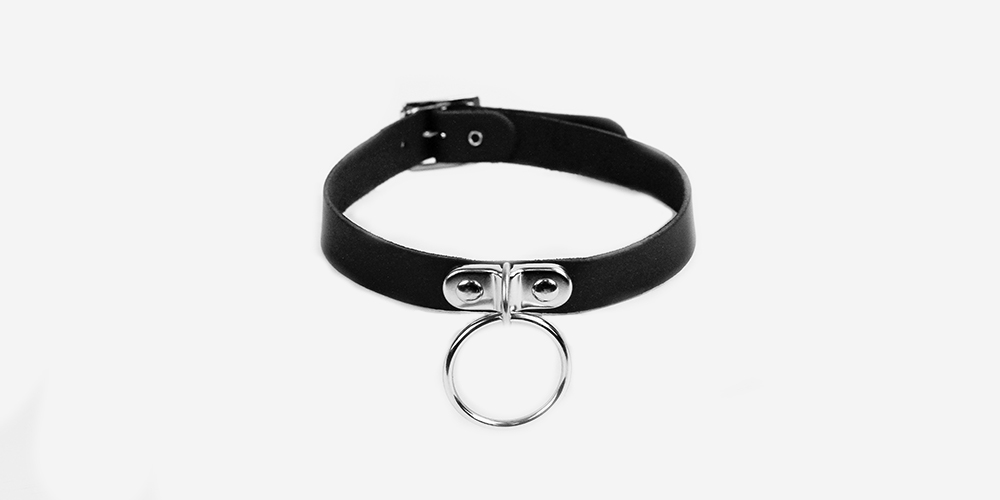 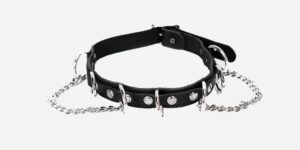 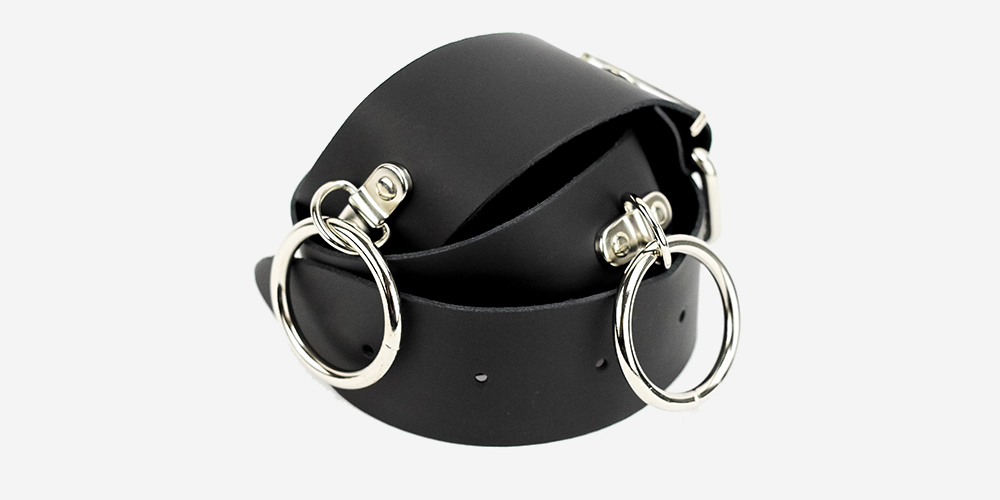 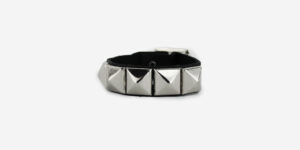 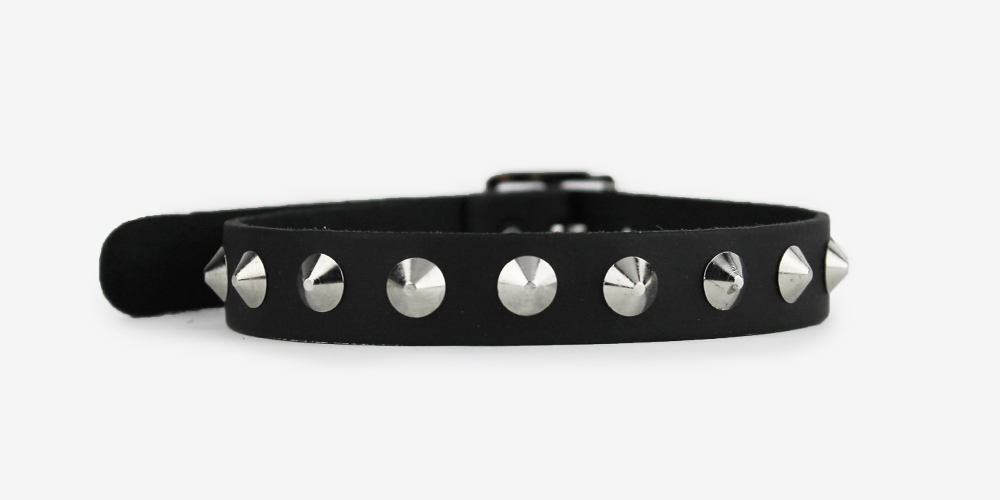 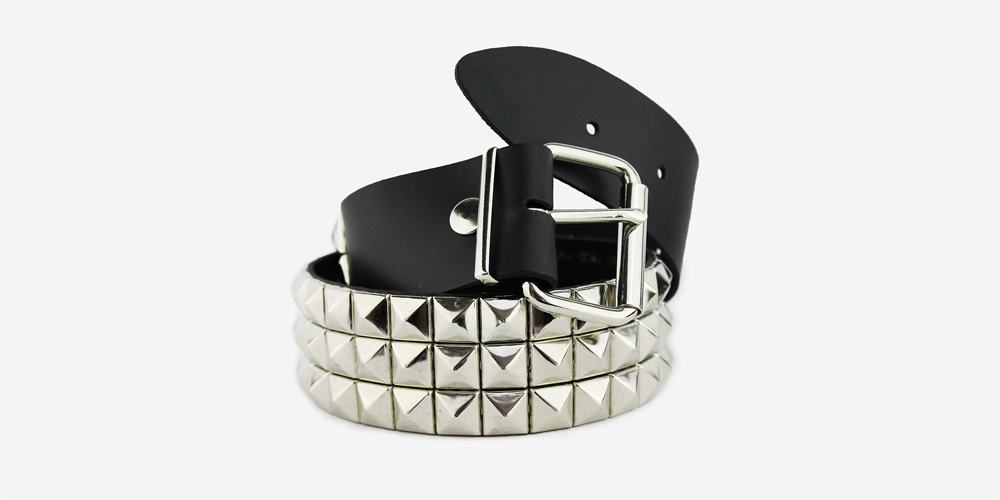 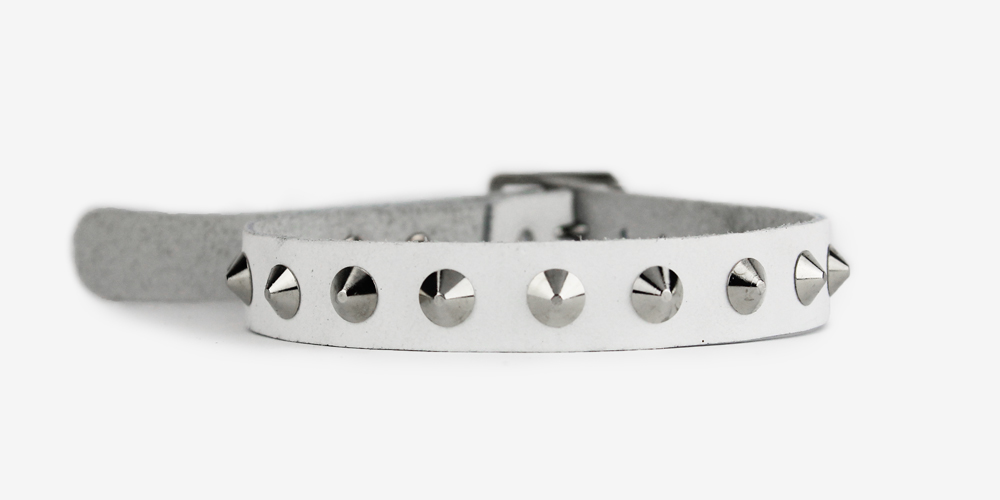 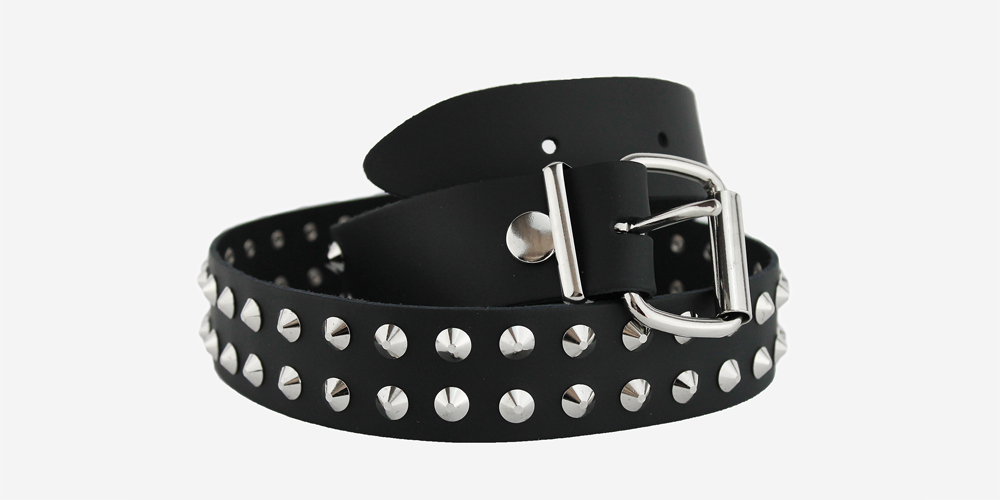 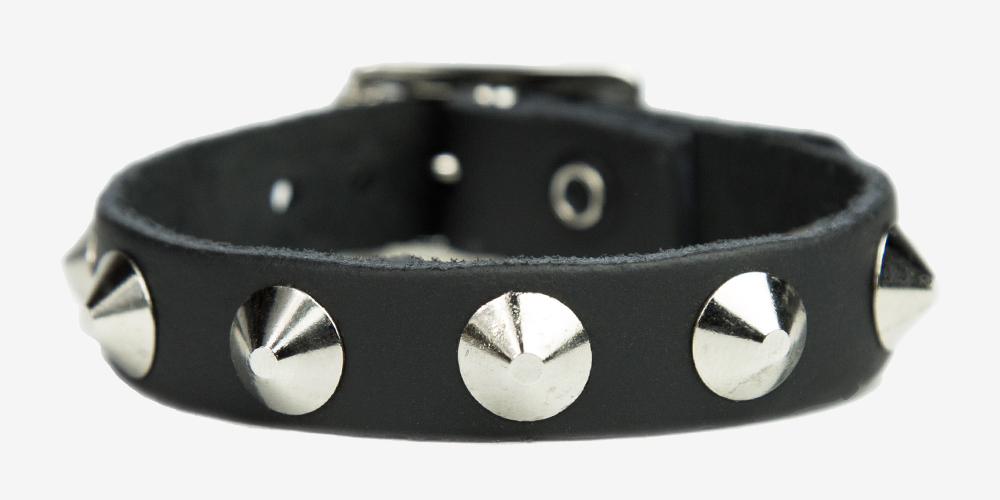 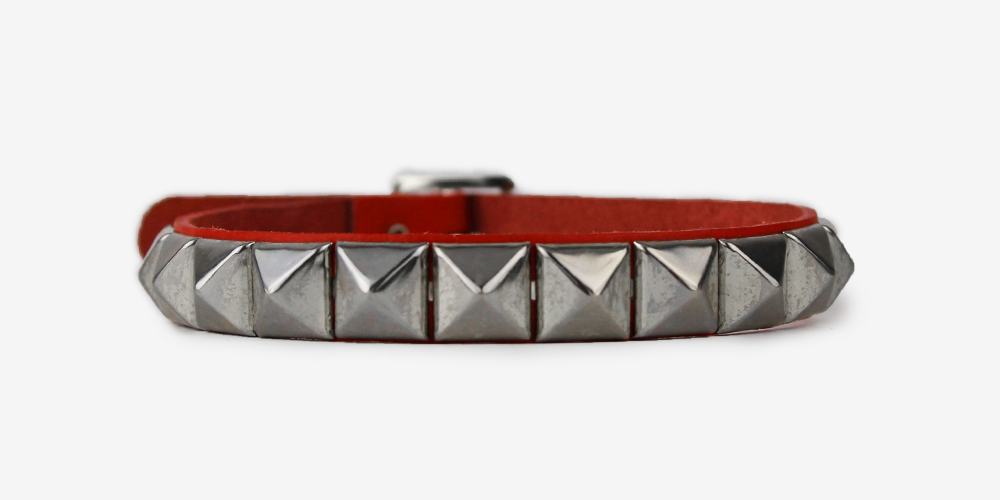 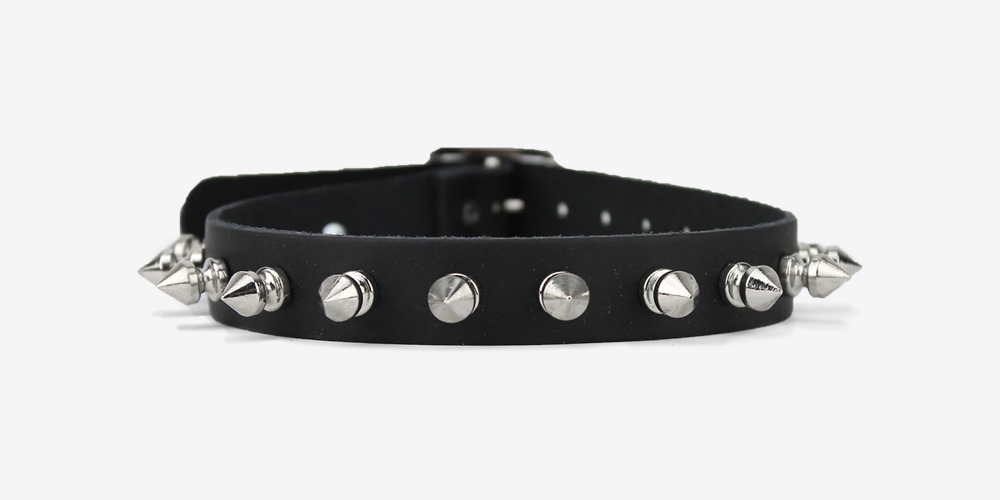 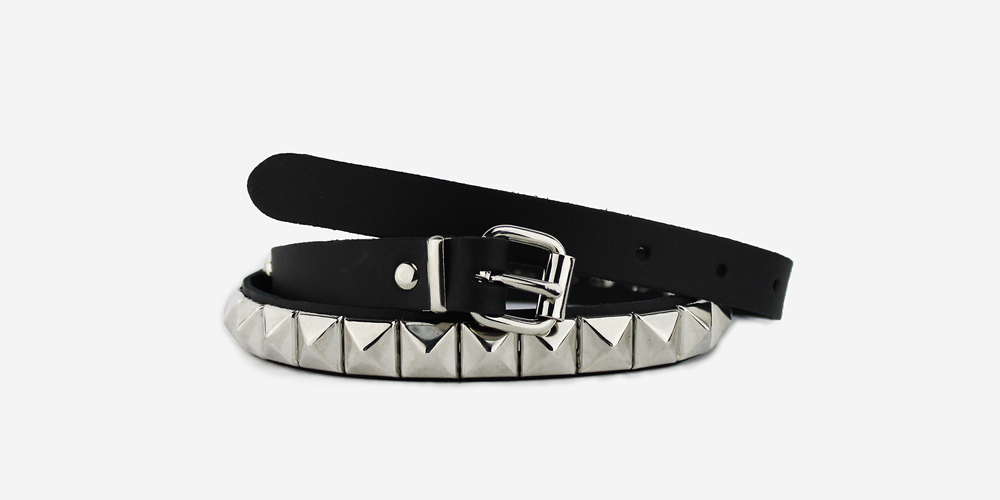 Open
The Original Wulfrun Creeper- this version in whit

Open
Taking their name from the Jamaican word for a DJ-

Open
A big shout out to @djrebekah in the Original Wulf

Open
The Original Tracker Shoe- this is the External Ca

Open
The Original Steel Cap Tracker Shoe is a 3-eyelet