Jungle is one of the ranges from the Underground Soundwave collection. Inspired by the experimentation with the digital visualisation of sound, where abstract patterns moving in accordance with the sound input from oscillators, has been converted to a graphic. This graphic output has inspired sole designs, the shaping of the upper and the design of trims.

The sole of the Jungle is based on the oscillations of sound waves and this manipulation creates an oversize cleat and tread that is distinctively Underground. The clean and clear cut sole then provides a base for obvious utilitarian upper designs.

The Dogstar and Evolution ankle boot products have a resonance with part of Underground’s formative years. One of the styles stocked by the original Underground store in Manchester, the Monkey Boot was traditional working mans functional footwear, that was adopted by a youth looking to make a counter culture statement. It was the obvious inspiration for the collection and the reworked design of the silhouette has produced the Dogstar and Evolution Jungle Boots. 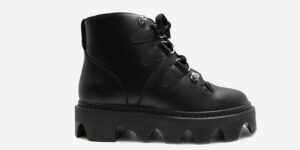 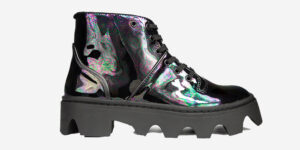