UNDERGROUND X MOTÖRHEAD
Celebrating the 40th anniversary of the legendary Motörhead track Ace of Spades, we collaborate with the band to produce three limited edition designs.
Upon its release in 1980, the ‘Ace of Spades’ album was nothing short of a gamechanger for all forms of hard rock. Like lightning in a bottle, it perfectly captured everything great about hard rock, heavy metal, and punk, amped it all up to 11, and came racing out of the gates at what felt like a million miles an hour, pushing at every musical boundary. Nothing was harder. Nothing was faster. And certainly nothing was louder.
Our collaboration with Motorhead celebrates the classic track through a reinterpretation of our Original Wulfrun and Apollo creepers. Motifs from the track and the band are subtly interwoven on our black leather classics. 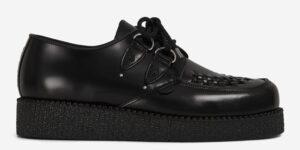 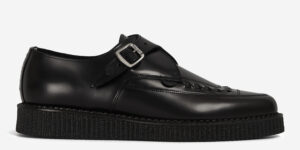 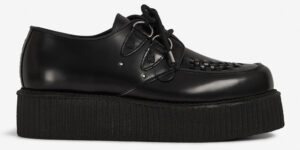