DAFT PUNK: A TRIP INSIDE THE PYRAMID BY DINO SANTORELLI

Daft Punk: A Trip inside the Pyramid

“Daft Punk: A Trip Inside The Pyramid is the first book to pull together the complete story of Grammy award-winning Thomas Bangalter and Guy-Manuel de Homem-Christo, the French musicians behind the legendary masks.”

Daft Punk are one of the most enigmatic and mysterious groups to exist in the modern age. Erupting out of the French house movement in the nineties, they continue to craft hugely popular, electronic masterpieces behind an inscrutable persona.

Their earliest influences — as diverse as Barry Manilow, Giorgio Moroder, Kraftwerk and Andy Warhol — and their rise to international stardom are depicted with stunning, full-colour photography.

If you’re interested in the rave music scene, we also recommend: The Prodigy: The Official Story – Electronic Punks by Martin Roach and 24 Hour Party People by Tony Wilson

OUR SELECTION OF RAVE BOOKS

Drawing together music genres including house, new beat, breakbeat, acid house and techno, Rave was a movement or even a protest. Growing out of the Manchester acid house scene of the 1980’s (itself an import form Chicago), the scene took root in the 1990s as a defiance of authority. Illegal gatherings in fields, disused airstrips, warehouse and squats put the Ravers at odds with the law.

Clubs including Fabric, Ministry of Sound, Sankey’s, Cream and Heaven owed their birth to Rave and the Hacienda included Rave in its extensive repertoire. Our selection includes 24 Hour Party People by Tony Wilson, Daft Punk: A Trip inside the Pyramid by Dino Santorelli and more. 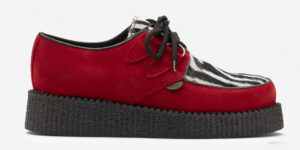