“David Bowie: The Golden Years features rare, unpublished and iconic photographs from a unique era in the private and professional life of one of rock’s greatest and most enduring heroes.”

A day-by-day account of Bowie’s life from the start of 1970 to the end of 1980 – his golden era that defined his work as a major artist a dozen inspired studio albums, five major tours, two feature films and critically acclaimed theatrical performances in Chicago and New York. He reinvented stage presentation in rock and revived the careers of Mott The Hoople, Lou Reed and Iggy Pop.

This book chronicles in fascinating detail how it all unfolded, tracking Bowie’s creative life from post-Space Oddity London in 1970, through the genesis of Ziggy Stardust, The Thin White Duke, his withdrawal to West Berlin and New York in 1980. Informed by recollections from Bowie himself and his many collaborators, friends and associates of the time, the book illustrates how Bowie’s influences and experiences shaped his extraordinary body of work, which in turn has inspired generations of musicians. 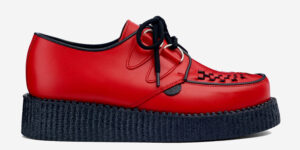