“WARNING: This issue may cause: excitement, shock, disbelief, confusion… and complete ENJOYMENT!”

To celebrate their 20th issue, Editorial Magazine collaborated with some of their contributors who worked with them when they were a small unknown magazine, Petra Collins, Jenny Fax, Kalen Holloman, Jonny Negron, to name a few. This issue marks their continued effort to give a platform to emerging, marginalized, and queer writers and artists, as well as a concerted effort to spotlight and support sex workers. They also honour their indie roots by spotlighting the new crop of independent musicians, Pretty Sick, the Garden and others. This issue has the most articles they have ever had, tons of reading material, both educational and humour-filled.

If you’re interested in the alternative music scene, we also recommend: Morrissey: Alone and Palely Loitering by Kevin Cummins and High Flying Birds – Any Road Will Get Us There by Noel Gallaghers 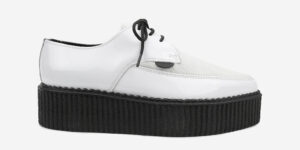