ABOUT THE I'M A MESS T-SHIRT

If we told you that Sid Vicious had something to do with these lyrics you would believe us. It’s true but not in the way you might expect:

I always go out drinking

On a Friday night

After a week of coming down

I’m bustin’ for a fight

My brother gives me pills

And me mother gives me ice

’cause every Saturday morning

My head don’t feel so nice

But don’t tell me

My doctor says I’m down

And I need a two-week rest

SoI take it down in Soho

‘Cause I fight down there best

And the man from down the “dilly”

Sells me bombers and hash

Where the junkies all crash

A copper comes along

And after kicking me around

I started to run

But the law was all around me

So I just hit out

Now they’ve thrown me in the nick

Where I can scream and loon about

In 1977, the band put together the money to self-finance the release on Solent Records with an A-side “I’m a Mess” and “It’s Not Me” on the B side. It sold a few thousand copies and included a pin badge “I’m a Mess” as part of the promo.

The I’m a Mess T-shirt based on the badge of the same name worn by Sid Vicious. The badge itself was a free giveaway with the self-published record of the same name from Isle of Wight band Stormtrooper. 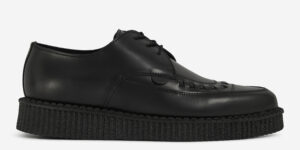 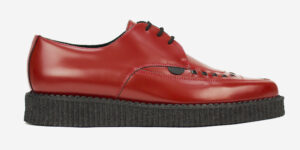