Lemmy & Motörhead in the Studio

“Lemmy and Motörhead: In the Studio is essentially a trivia treasure trove. Want to find out which mixer was used to produce ‘Ace of Spades?’ No problem. Want to know how Lemmy wrote the lyrics for some of their greatest albums? Well, that’s in there too.”

Motörhead are a band of legend: a heavy metal outfit that took Rock’n’Roll in its most primitive form, and stretched it endlessly into its darkest extremes. The band drove the genre at 200mph into the semi-mainstream, cementing themselves as the prototypes for subversion in Heavy Metal. Lemmy was the Kaleidoscopic King and poster boy: vocals, bass-playing, song-writing, were all part of his oeuvre. With his iconic sunglasses, handle-bar moustache, and bullet belt, the rock rebel is both identifiable and matchless in his talent; his raw veracity and ability to finely tread the line between melodic convention, and mutinous subversion has meant that nobody really comes before, or even after him.

Charted in clarity and refined detail, the book details the process of production of the greatest rock songs that eventually lead to the band selling over thirty million copies of their music. The musicianship and creativity is expanded upon by intimate interviews with other band members and with producers, and even snippets from the maverick front-man.

If you’re interested in the rock and metal scene, we also recommend: White Line Fever by Lemmy Kilmister and Black Sabbath: Symptom of the Universe by Mick Wall

PUNK IS DEAD: MODERNITY KILLED EVERY NIGHT BY RICHARD CABUT AND ANDREW GALLIX 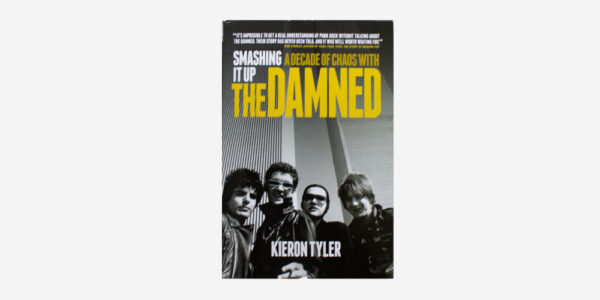