“Featuring many previously unpublished photographs, Morrissey: Alone and Palely Loitering is a portrait of Morrissey at his creative peak.”

This is Morrissey as you’ve never seen him before. Journey through hundreds of Kevin Cummins’ renowned, era-defining images, taken over a ten-year period in locations all over the world, accompanied by recollections from the author on his time with Morrissey and the artistic process of collaborating with him. Intimate, creative and surprising, this is a document of an artist at the height of his powers.

Ranging from unseen intimate portraits and on-tour reportage to boisterous on-stage pictures taken during live performances around the world, the photographs in Morrissey: Alone and Palely Loitering were taken between 1983 and 1994, when Morrissey was creating some of his best-loved work.

If you’re interested in the alternative music scene, we also recommend: So It Goes by Kevin Cummins and Telling Stories by Tim Burgess

Often created in opposition to mainstream music, Indie or Indie Rock is the output of authentic bands that are producing music away from the big commercial labels. The movement is regarded as being created in the UK with the release of C86 tape by NME. The C86 tape was a collection of bands and included Primal Scream, The Wedding Present, The Soup Dragons and Half Man Half Biscuit. The indie scene spawned the Stone Roses and Oasis and more recently the Arctic Monkeys and Mystery Jets.

We recommend John Robb’s The Stone Roses and Noel Gallagher’s High-Flying Birds –Any Road Will Get Us There. 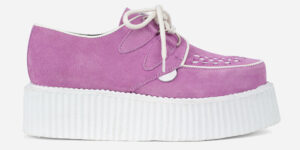