The Ranger Steel Cap Boot is a fourteen-eyelet boot based on an original British Army last with screwed, cleated rubber outsole and external steel toecap.

ABOUT THE RANGER STEEL CAP 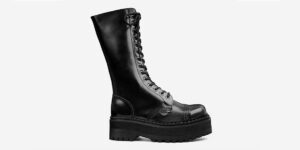 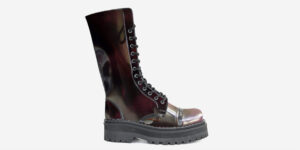