“Strange Fascination is the most complete account of David Bowie and his impact on pop culture ever written.”

David Bowie was arguably the most influential artist of his time, reinventing himself again and again, transforming music, style and art for over five decades. David Buckley unravels the Bowie enigma, via interviews with many of the singer’s closest associates, biography and academic analysis, makes this unrivalled biography a classic for Bowie fans old and new.

This revised edition of Strange Fascination: David Bowie, the Definitive Story includes exclusive photographic material and captures exclusive details about the tours, the making of the albums, the arguments, the split-ups, the music and, most importantly, the man himself.

If you’re interested in David Bowie, we also recommend: Ziggyology by Simon Goddard and David Bowie: A Life by Dylan Jones 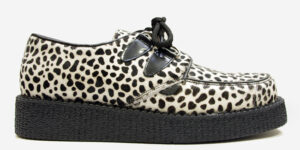