“The most undeniably alive thing we’ve heard” – The Guardian

The Ninth Wave have released their debut album “Infancy”, including the singles ‘Human Behaviour’ and latest track ‘Flower Into Wounds’. Listenhere

A brief glimpse into The Ninth Wave’s disruptive, convention-skewering world makes it clear in an instant that this is a band with something to say. Their sharp, self-assured lyrics take a no-holds-barred approach to documenting the state of society, the human condition and their own personal battles, all written from the very relatable perspective of a group of young people existing in a time defined by widespread unrest and division. From explorations of self-torment and paranoia (“This Broken Design”) to not being accepted by society (“Flower Into Wounds”) and the overwhelming fatigue of living in a superficial culture (“Half Pure”), “Infancy” is, at its core, a mirror of the darkest facets of living in modern society.

The Ninth Wave’s uncompromising message is delivered in a gargantuan, electrifying sonic style that can’t fully be likened to anyone who’s come before them. “We never started with a mindset of ‘We want to be like this band,’” says frontman Haydn Park-Patterson. “We’re always trying to do something new.” In a wildly oversaturated market of cut-and-paste indie, The Ninth Wave offer a shock of ’80s-infused power pop, drawing influence from the post-punk greats and a blend of their parents’ record collections, including Stevie Nicks, JJ Cale and AC/DC. The vast array of inspirations they cite culminates in something that is wholly unique, lending itself to no labels or sub genres besides “the sound of The Ninth Wave.”

5. A Wave Goodbye To The People Who Said I’d Win

3. Sometimes The Silence Is Sweeter

4. Everything That You Have Left 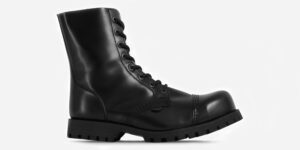 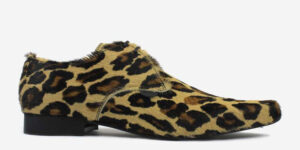