THE STONE ROSES BY JOHN ROBB

The Stone Roses by John Robb

“This classic biography charts the phenomenal rise of The Stone Roses to the icons they are today.”

The band, the lifestyle, the revolution. This classic biography charts the phenomenal rise of The Stone Roses to the icons they are today, using interviews, rehearsal tapes and the archives of author John Robb who was with them from the beginning.

Robb’s exclusive inside knowledge of The Stone Roses creates a compelling and intimate insight into how the band single-handedly set the blueprint for the resurgence of UK rock ‘n’ roll in the 1990s: Ian Brown’s new lazy-style vocals, Reni’s fluid, funk-tinged, ground-breaking drumming, and the guitar genius of John Squire.
From the band members’ early years to the inception of the Roses, through the tours and success, their influences and style, to the demise of the original line-up and their solo careers; every high and low is documented in minute detail.

This is the definitive, most revered account of one of the most influential British bands in pop music history. 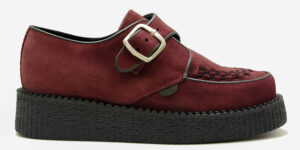