“Told with Lemmy’s indomitable charisma and humour, White Line Fever: Lemmy is the autobiography of a rock icon who over the past thirty years in the industry, has stayed true to his music, his fans and his pleasures.”

Lemmy was born Ian Fraser Kilmister in 1945, the son of a vicar who walked out on his mother when Lemmy was just three months old. Having been inspired to play the guitar by Chicks, Little Richard and Buddy Holly, Lemmy formed what would become the ultimate metal group in 1975 and christened them Motorhead.

The group went on to embrace a rock-and-roll lifestyle fuelled by drink, drugs and women, and in the process released twenty-one albums and attracted a huge following. White Line Fever: Lemmy is a truly head-banging tour through the last few decades of speedmetal, offering a sometimes hilarious, often outrageous, but highly entertaining trip with the frontman of the loudest rock band in the world. 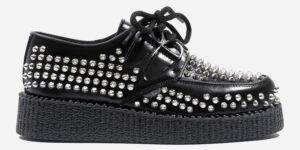