Our Windsor beret celebrates that sort of venue, with its defiant spirit. Pure wool with a leather band trim and a carefully produced oversize safety pin that gives attitude

Available in medium and large, for boys and girls and all. 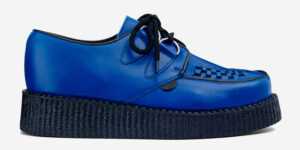