Punk at the Plumaçon. The first European Punk Festival 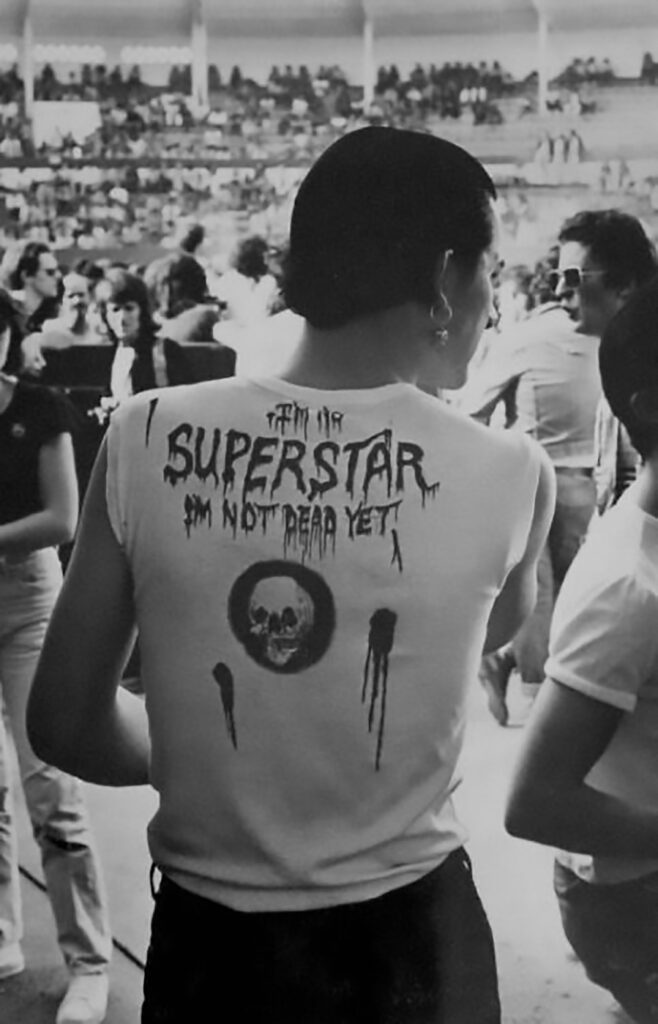 One of the most outrageous and Punk moments of ’76-77 didn’t take place in the UK, or the USA. It oddly enough took place in a small city in the deep South West of France: Mont de Marsan. A small city not known for much more than Bull Fighting and it’s annual Fete de Madeline.

However, Mont de Marsan was the home to the very first Punk Rock festival in Europe… twice. One in 1976, a month before even the 100 Club had opened. And a second in 1977.  More remarkable is the fact that it took place during a time where the conservative President Giscard D’Estaing had outlawed music festivals entirely. Which places the entire operation most definitely in our Top Ten Punk achievements of all time….and it was all down to the work of a man named Marc Zermati.

The first took place in August 1976. Zermati was, at that time, the Director of Skydog records, and was in close contact with McLaren and the burgeoning British music scene. Whilst Paris boasted a hub of Punk fans and followers, devotees of the New York Dolls and keen observers of the scenes brewing in London, the choice of location was far from arbitrary. Due to the banning of outdoor music events, Zermati hooked up with his contacts in the sleepy city of Mont de Marsan in order to keep a low profile and avoid persecution. To make matters worse, youth movements in France at that time were feared more so than they were in the UK- with Punks being quickly likened to Neo-Nazis, or worse. 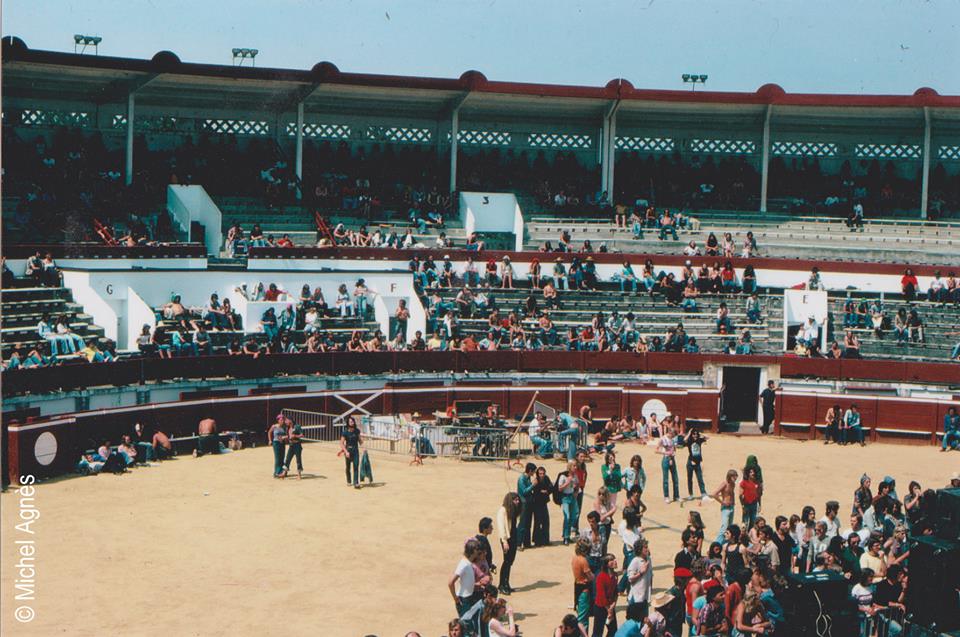 L’Arenes de Plumaçon, a bullfighting ring, was chosen as the venue, and the festival was marketed as the first Punk Rock Festival in Europe. Albeit, not purely Punk, some will argue… the line up was more Pub Rock than Punk Rock. Headlining were Eddie and the Hot Rods, and Pink Fairies… the crowd had longer hair and wider flares than one might expect for a Punk Rock weekender. But of course, premiere Punk prodigies The Damned, having been the first to do everything before anyone, were the only genuine Punk highlight of the weekend. Supposedly, the Sex Pistols were invited but refused to attend, having seen Eddie and the Hot Rods headlining and owing to some prior beef with Zermati. But amongst the attendees, quoted somewhere between 600-1400, a young Ian Curtis attended all the way from Manchester with his wife Deborah. 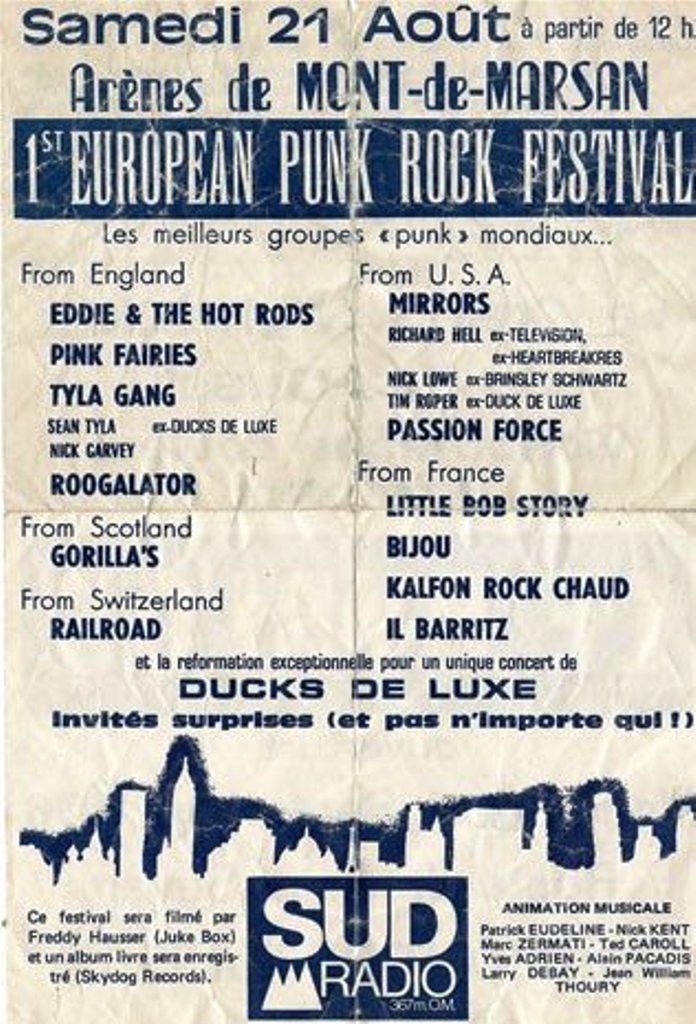 For Punk purists, the second festival’s lineup will more likely bring greater satisfaction. The Damned returned, alongside other British music nobility like The Police, The Clash and Dr Feelgood. The Police were more of an opening act… and Eddie and the Hot Rods still made it for the Sunday headline. The motley crue of baby ‘n’ sunburnt faced British bands played alongside some brilliant French outfits like Strychnine, Marie et les Garçons and Asphalt Jungle. The Jam were set to perform but were unable to- yet unrelated to the festival, but much to the enjoyment of the audience, Lou Reed played the arena on the Monday night.

The floor of the Bullring at the Mont de Marsan festival 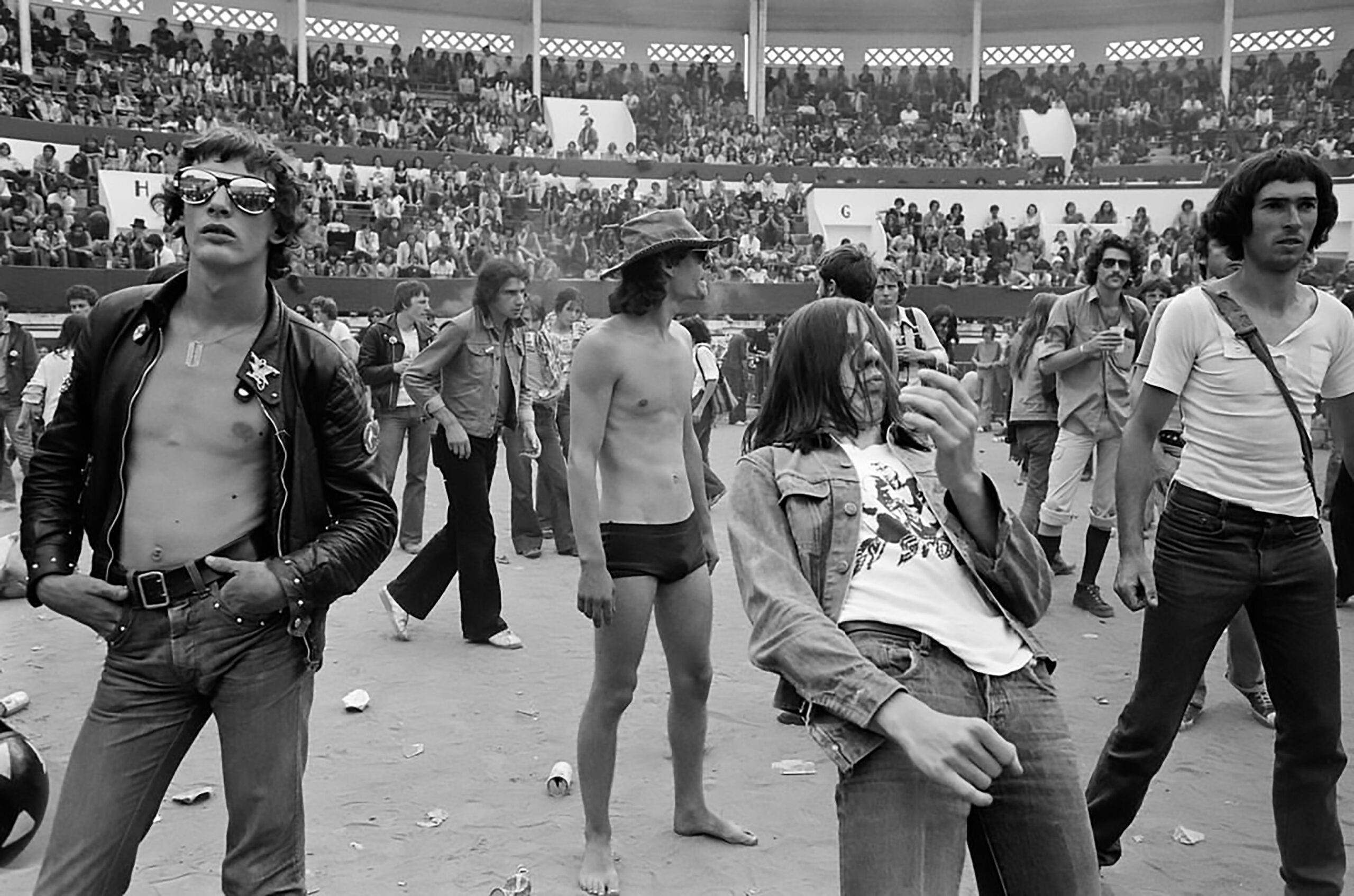 The bullring saw 4000 attendees gather under the blistering Landes sun. The audience pierced their faces and shaved their heads from the pit. A remarkable feat, a bygone dream for those Punk fans today. Always the champion of British Subculture, we insist on sharing the credit for landmarks like this. Bravo Marc Zermati.

The Clash at Mont de Marsan 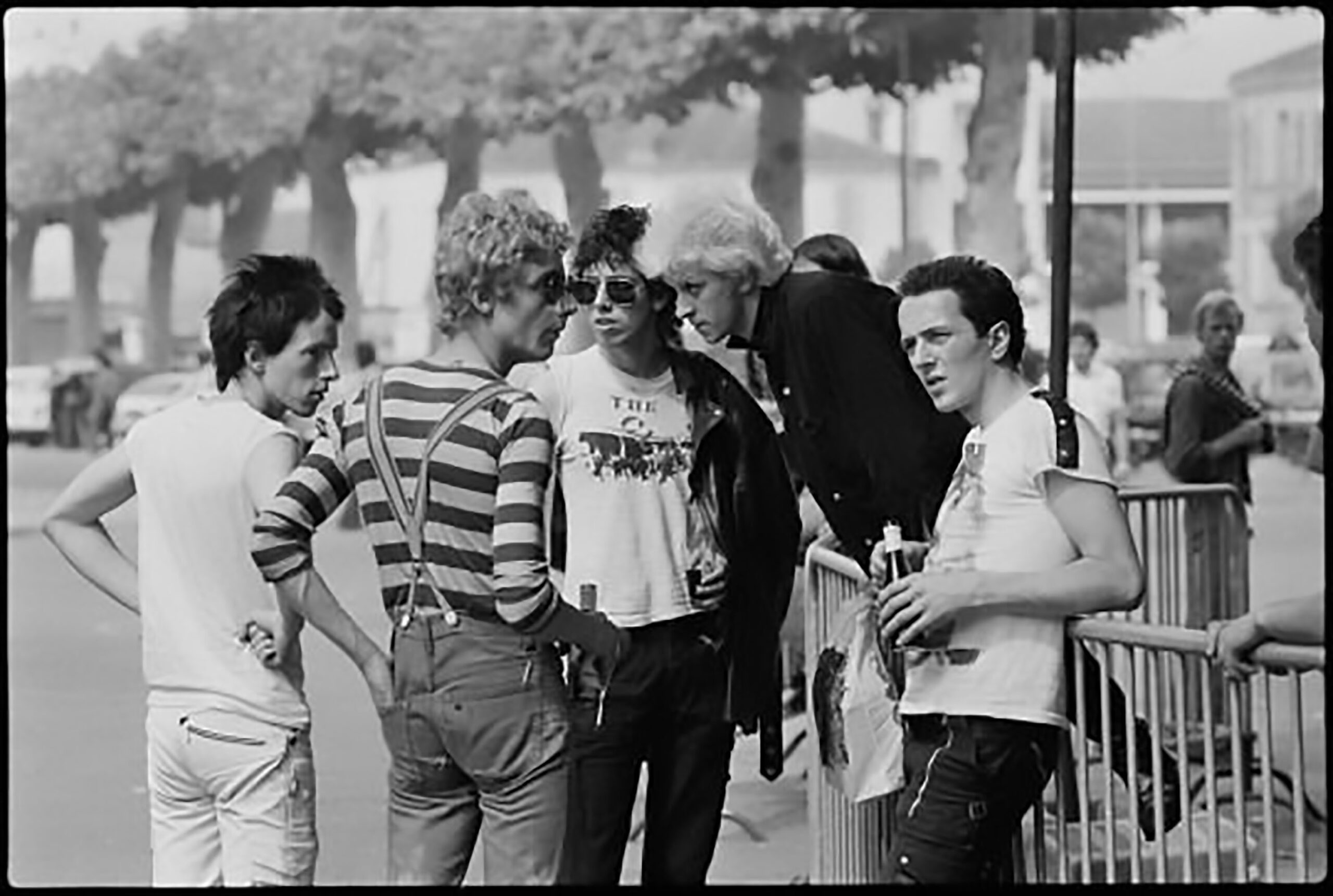 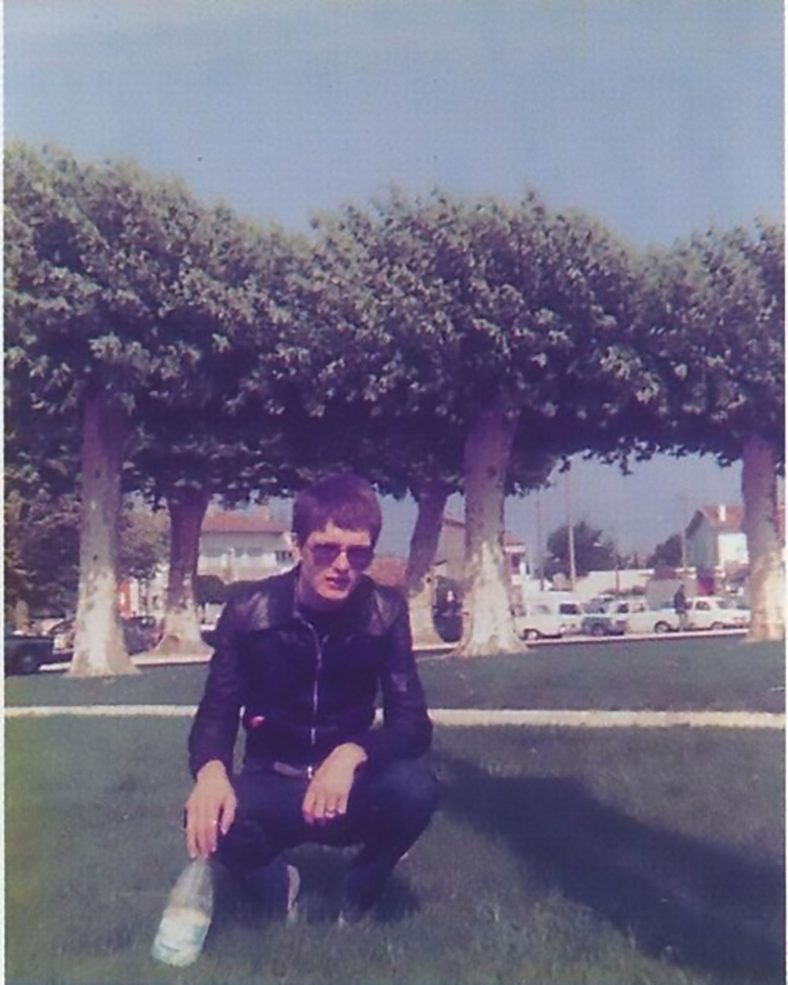 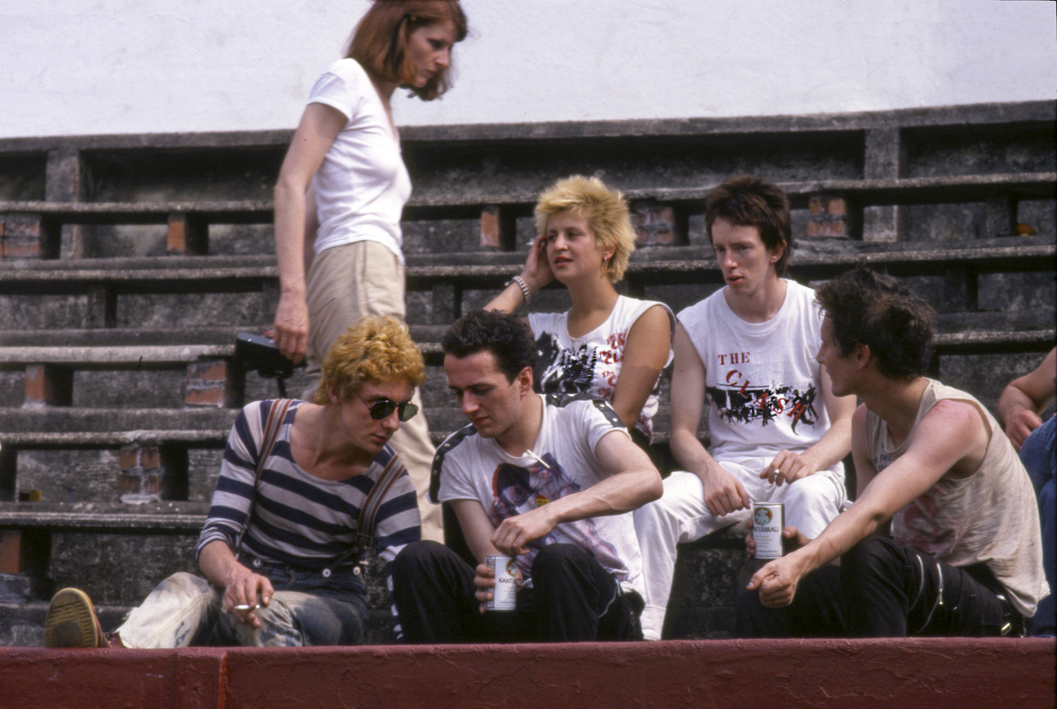 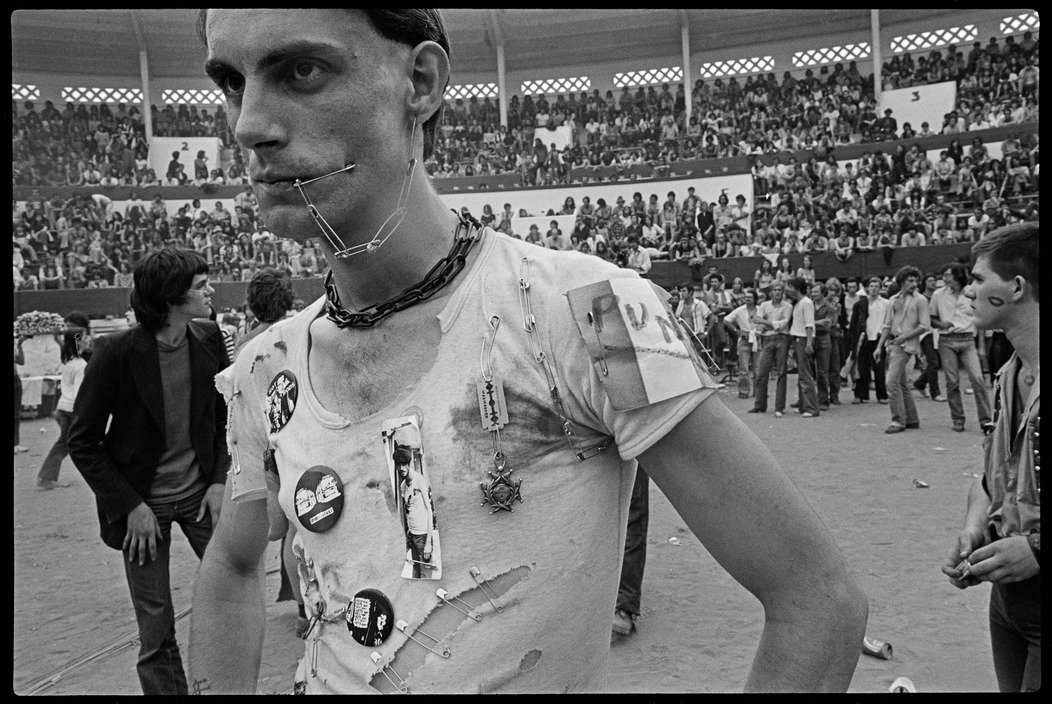 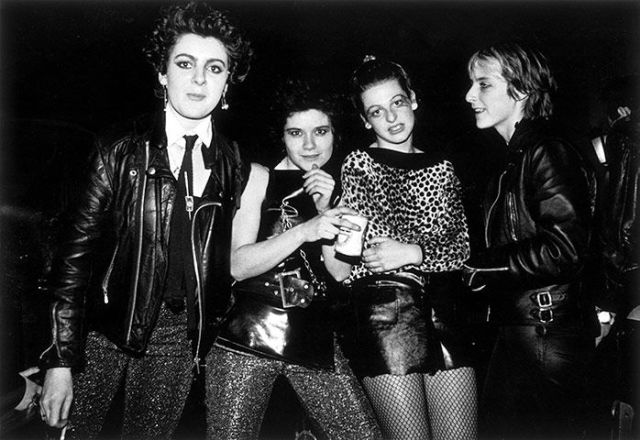 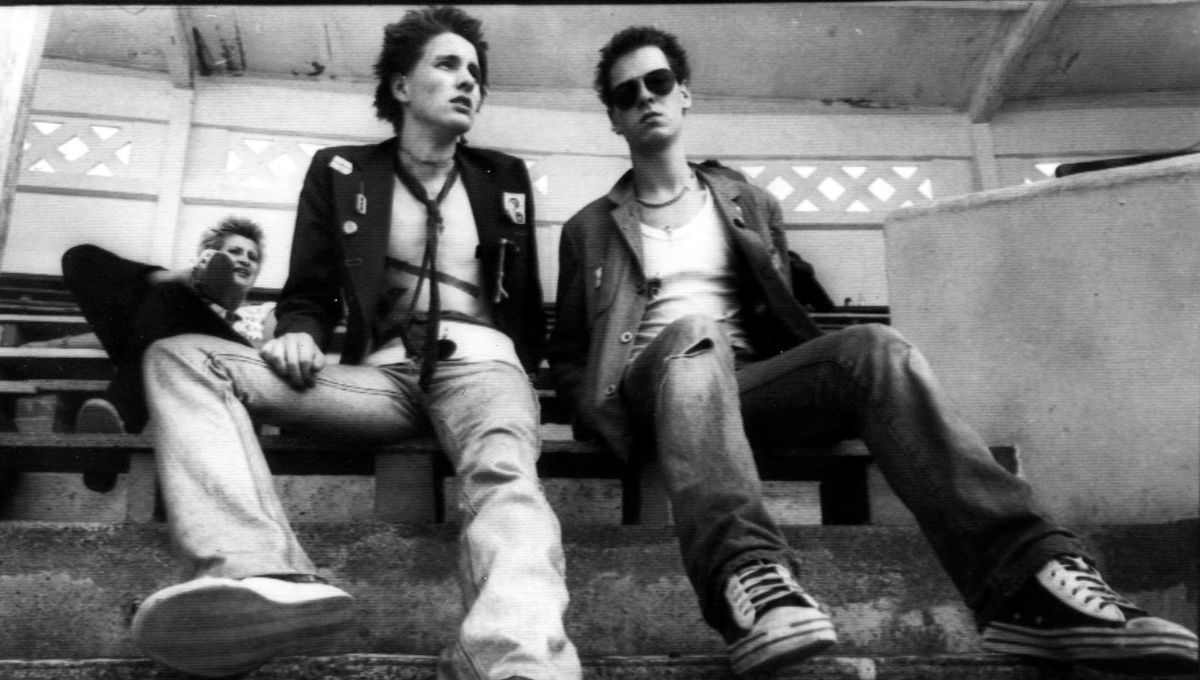