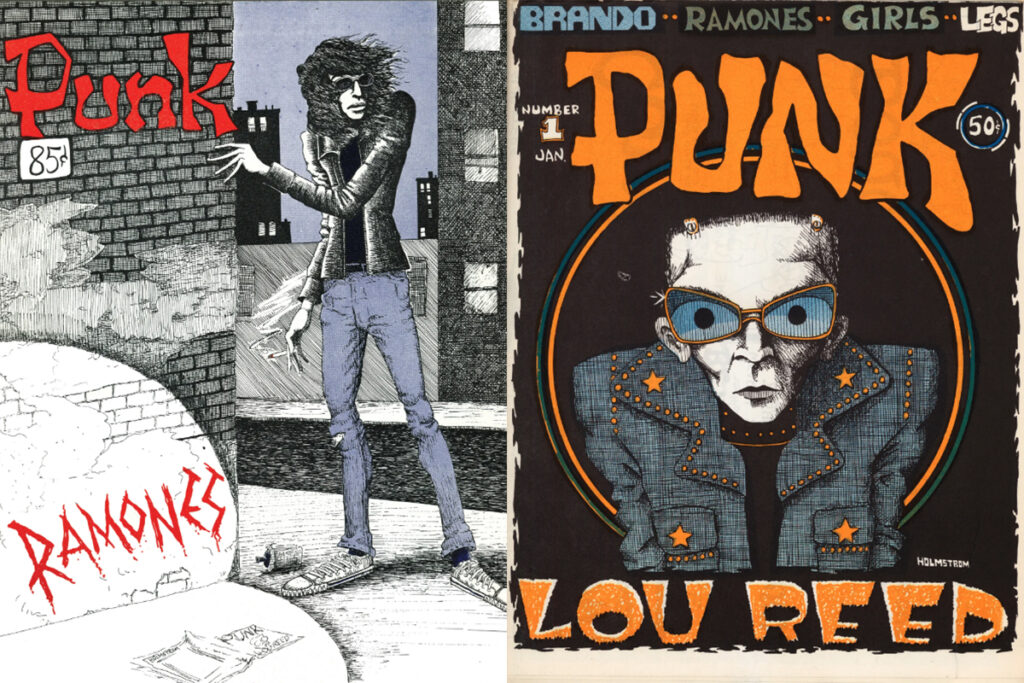 Infamous for its outrageous yet witty humour, and for leading the rock ‘n’ roll comic style of fanzine, PUNK was a one-of-a-kind publication that broke the conventions of what a zine was at the time. Originally created in 1975 by the trio, John Holstrom, Ged Dunn and Legs McNeil, PUNK would publish just 15 issues from 1976-1979 (despite returning for a couple of special issues down the line).

An amalgamation of sequential art, fumetti, interviews, illustration and photography gave PUNK a distinctive style that separated it from other popular music publications of the time. It was notably more ironic, took itself less seriously, however PUNK always maintained its serious passion for music journalism on the rock ‘n’ roll, CBGB and punk rock music scene. PUNK was also a great platform for female writers and creatives who were, all too often, denied opportunities at other publications. 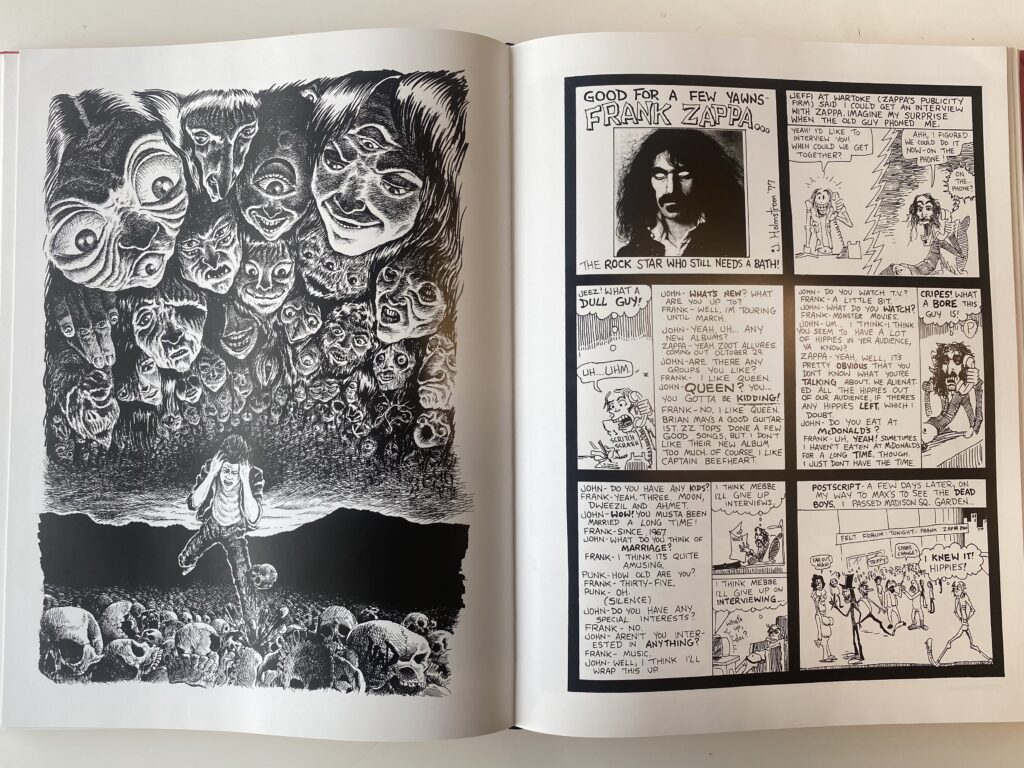 Playing a significant role in defining the punk movement of mid-70s’ New York, PUNK is often cited as one of the earliest punk zines. Holstrom says, ‘Looking back on it, this was the moment when the loose term “punk rock” … was redefined. This was when the punk movement began. No one had ever identified themselves as punks.’

Like a meticulously balanced Manhattan, the New York punk scene was established via complementary measures of contributors, namely CBGB (the infamous venue that welcomed the likes of the Ramones, Patti Smith, the Dictators, Television and Blondie in the early stages of their careers), PUNK (who broadcast the scene to a wider audience and created a ‘culture’ and buzz around the scene), and of course the musicians themselves.

Unlike the mainstay rock ‘n’ roll of the time, punk rock was hard and fast, with less refinement and more noise. This created a sense of freedom during live performances, where bands could play more riotously and push the boundaries of creating the most outrageous set possible. This attracted a crowd of young people, desperate for creative expression and an innate adolescent desire to anger their parents and the authorities. Perhaps no one documented this movement better than PUNK. 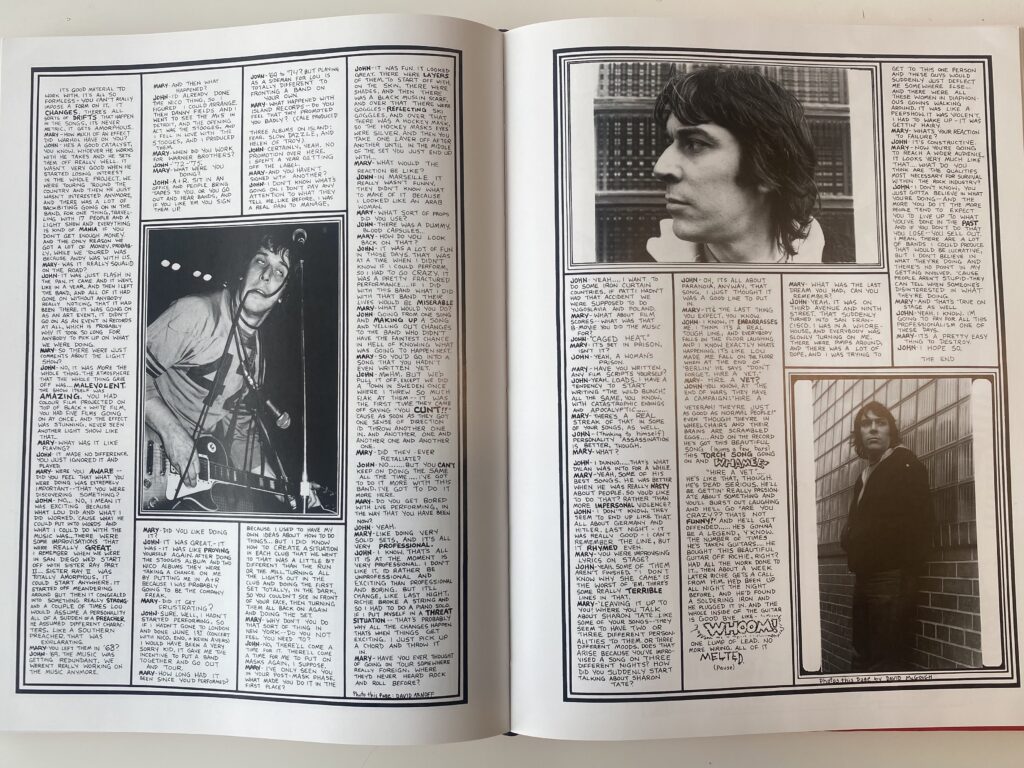 Ending up at CBGB on their first assignment, simply due to chance (the Dictators cover fell through, and the Ramones were a back-up story who happened to be playing at CBGB), Holmstrom, McNeil, and Mary Harron managed to stumble upon an interview with Lou Reed, a story that would grace the cover of issue one and entice readers who may have otherwise dismissed the magazine. When the first issue was published, PUNK became a hit overnight and all of New York was talking about the hottest new music publication.

So what made people crazy about PUNK? The unconventional interviews that were both straight-faced about music, yet informal, engaging and intimate? The comic-style format, previously only seen in superhero stories? The star-studded features? The irreverent humour? The answer likely lies in a combination of these factors, as well as an air of ‘right place at the right time’. 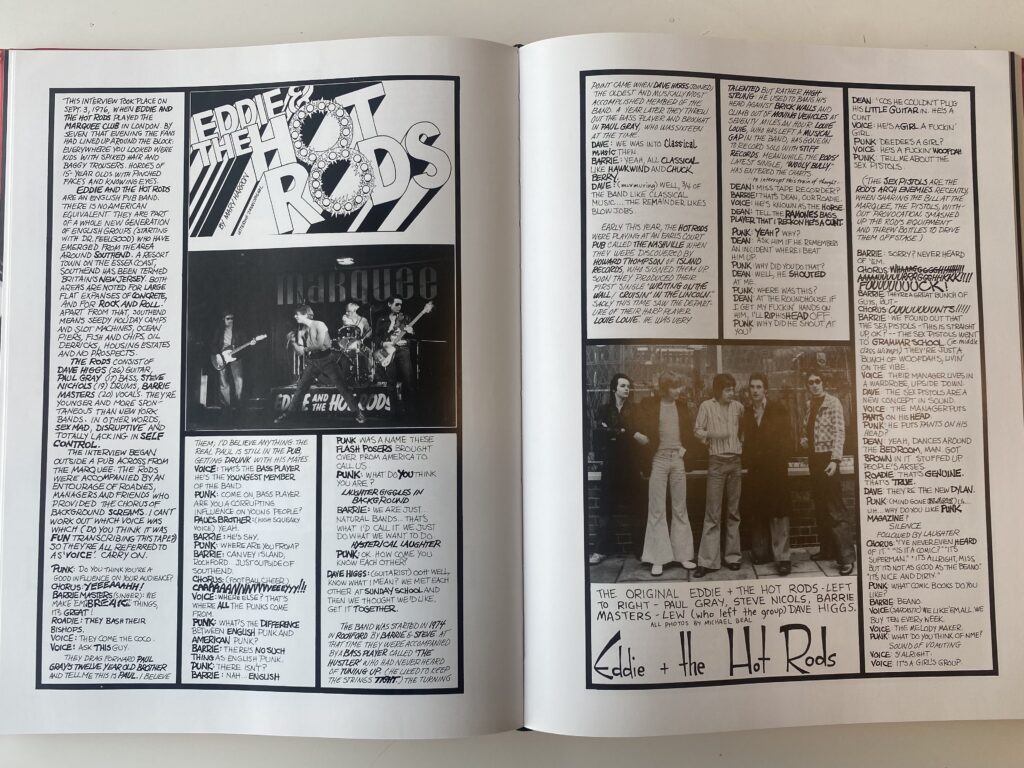 Possibly the most renowned edition of PUNK was Mutant Monster Beach Party, which took two years to create and was published in 1978. It was one of their Fumetti issues that read more like a film than a magazine. Perhaps the greatest appeal of this issue was the unimaginable cast – featuring Andy Warhol, Joey Ramone, Debbie Harry, Chris Stein, Peter Wolf, and Annette Funicello to name a few. The story itself is a brilliant blend of sci-fi, surrealism, and drama – touching on youth subcultures at the time, while blending in the signature PUNK humour.

Other issues included interviews with the likes of Iggy Pop, Patti Smith, the Sex Pistols, Blondie, and Robert Gordon, unforgettable playboy-spoof style centrefolds of Debbie Harry (Blondie) and Niagra (Destroy All Monsters), and the signature comic strips that would poke fun at music, people, just about anything. 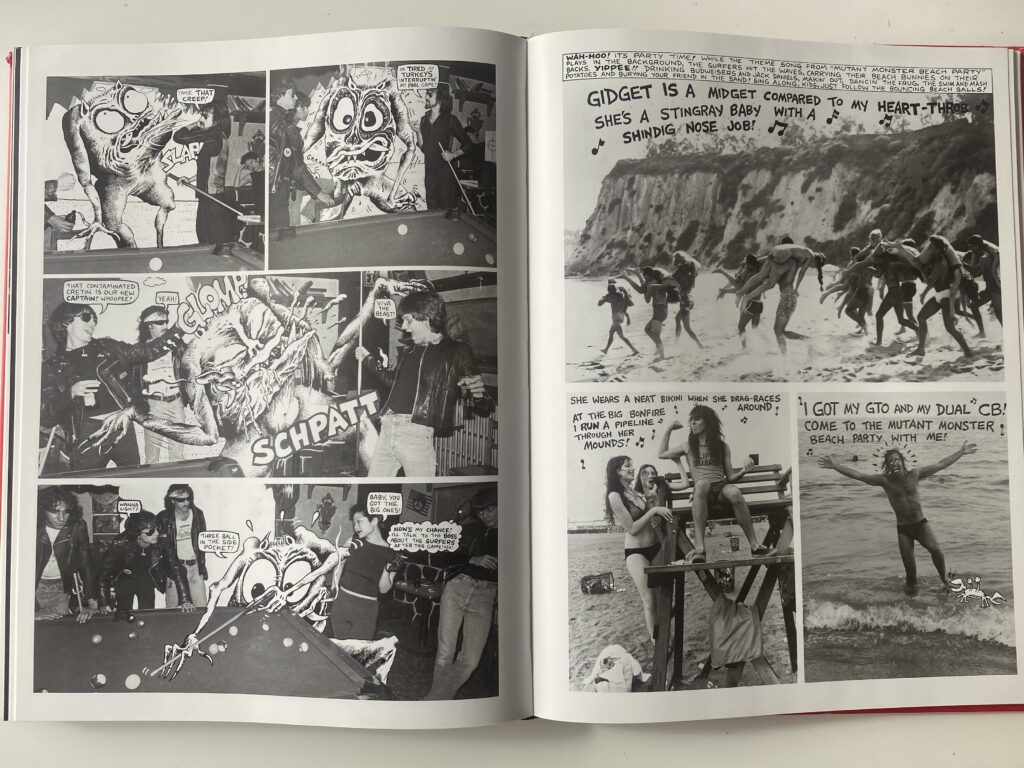 Testament to the originality and creative flair that PUNK possessed, punk zines became a matter of international interest. Soon enough, there were publications taking inspiration from PUNK’s format being produced in New York, London, Sydney, Paris, and beyond. To this day, the prevalence of punk zines are notable, now being re-interpreted into multiple zine genres. And for that, we have PUNK to thank. Although we can’t say for sure that they created the punk zine, we cannot deny it was PUNK who created the space for zine formats to be respected as publications, cementing the DIY spirit of punk within the publishing industry.