PUNK POETS: A BRIEF HISTORY OF THE SUBCULTURAL BARD Poetry. It’s a form of literature that usually conjures up thoughts of romanticised ramblings about the weather, twee victorian verses with rhyming couplets or lofty shakespearean sonnets.

Punk. It’s a word of ambiguous, multifaceted meanings, yet similarly limited by its own stereotypes. In the popular imagination, punk’s meaning is simplistic, two-dimensional: angry teenagers in safety pinned leather jackets, discordantly shouting about how much they hate the world. Nihilistic, transgressive? Sure. But a movement capable of producing work usually seen within the realms of intellectual, academised high culture? Punk poetry seems oxymoronic in terms. 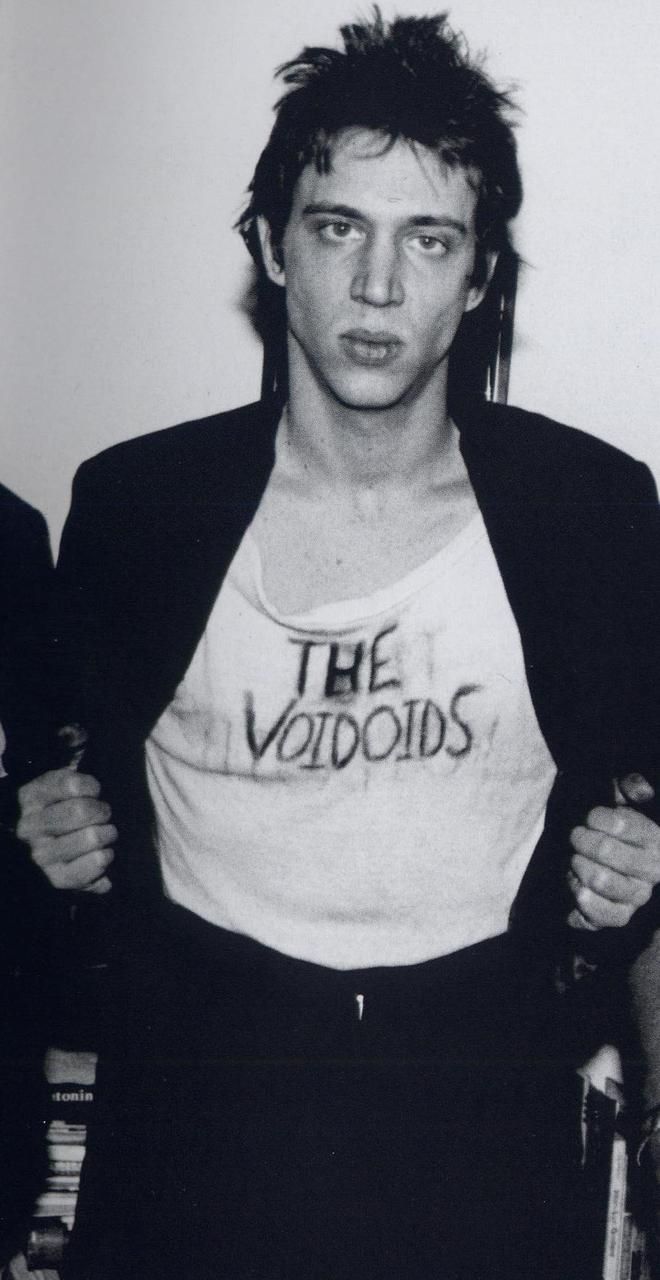 However, whether published in fanzines or performed as spoken word, punk prose has always been part of the subculture’s bricolage of artistic expression, from its 70’s origins to the present day. More, many of the punk poets were also musicians, the most famous of which being the self titled punk poet laureate herself, Patti Smith. As well as 11 albums, she has released over 20 books and earned many literary honours including a PEN/Audible Literary Service Award, A Commander of the Arts and Letters from The French Ministry of Culture, The Burke Medal for Outstanding Contribution to the Arts from Trinity College, Dublin and The Wall Street Journal has credited her as a Literature Innovator. Smith’s artistic output combined her influences of French modernist thinkers, the Beat writings of William Burroughs and Allen Ginsberg and her love of Rock ‘N’ Roll. This is evident in some of her most famous songs, from the repeated howls of “Go Rimbaud!” in Land: Horses / Land of a Thousand Dances / La Mer to the immortal opening lyrics of Gloria: In Excelsis Deo, “Jesus died for somebody’s sins but not mine” – the line lifted from one of her earliest poems Oath, and notably reminiscent of the existentialist musings of Albert Camus, the line “Maybe Christ died for somebody not me” featuring in his published notebooks. Both tracks appear on Smith’s seminal album Horses (1975), widely regarded as one of the defining albums of the era with its heady mix of punk rock, Smith’s penned spoken word and of course, its cover art of an androgynous, self assured Smith shot by longtime friend Robert Mappelthorpe. Yet before the release of Horses, Smith had already published four books of poetry (Seventh Heaven, Early Morning Dream and A Useless Death in 1972, Wit in 1973), arriving in a post-pop art New York in 1969 and immersing herself in the city’s underground, avant garde arts scene. Living in The Chelsea Hotel, she spent the early seventies writing, painting and performing poetry as part of the St Mark’s Poetry Project. Patti Smith was not the only one in her peer group to blur the lines between punk rock and prose. New York at this time was a hive of experimental, creative energy: a-buzz in the afterglow of the exploits of Warhol’s Factory and soundtracked by the gothic psychedelia of The Doors, the political folk-pop of Bob Dylan and boundry pushing noise/art rock of The Velvet Underground, with their raw, Burroughs-esque lyrics exploring sex, death and addiction courtsey of Lou Reed. To make ends meet, Smith penned the odd gig review for the SoHo Weekly News, one of her first and most notable write ups being the first CBGB show of band Television, best known for their single Marquee Moon. Television was founded by the vagabond duo Tom Verlaine and Richard Hall, school friends who ran away from home together in their teens to make the pilgrimage to NYC, both with aspirations to become famous writers or musicians. Verlaine went on to co-publish The Night, a collection of poems with Smith in ‘76 (the first of many collaborations between the two), and Hell to become one of the most prolific figures in both punk rock and poetry. In tandem with an illustrious musical career that included, along with Television, being a founding member of The Heartbreakers with The New York Dolls’ Johnny Thunders and later The Voidoids, his poetry was published in magazines ranging from Rolling Stone to the revered New Directions Annuals; sometimes under his name, sometimes ascribed to his pseudonym and drag alter ego, Theresa Stern. From the late ‘80s, Hell increasingly concentrated his efforts into his writing, releasing a mixture of anthologies of his earlier work (I Was a Spiral on the Floor in ‘88, Across the Years in ‘92) and new collections of poetry such as Hot and Cold (2001), Rabbit Duck (2005) and Pyschopts (2008). 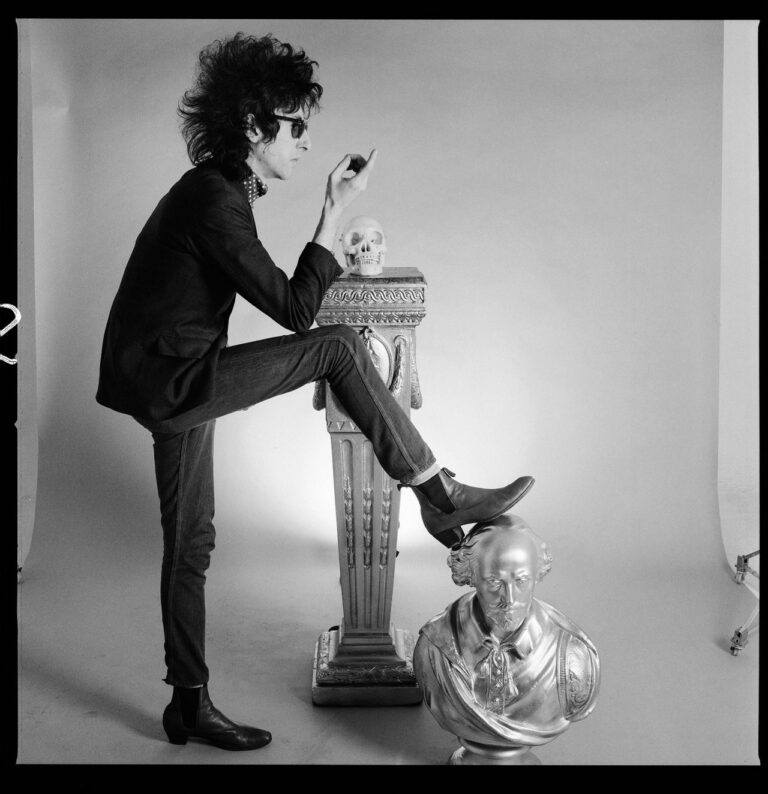 At the same time as New York , Punk was simultaneously erupting in Britain and making its mark on the country’s social and artistic landscape; with that bringing its own subcultural bards. If New York’s punk poet laureate was Patti Smith, then our esteemed equivalent would have to be John Cooper Clark. A figure whose iconic, unchanging get-up of dark glasses, scruffy suit, all mounted with a birdsnest of black back-combed hair, is about as synomous with British punk as any image of The Sex Pistols. Hailing from Salford, Lancashire, Clarke started his career gigging in Manchester’s pubs and working mens clubs, before his explosive poetry performances saw him joining the tour circuit of bands such as Joy Division, The Fall, The Buzzcocks, Siouxsie and The Banshees and New Order; joining the latter to support their headline slot at The Music for Miners benefit concert in ‘84. Clarke’s poetry could not be more far removed from any grandiose references to continental philosophy, instead channelling his cynical, darkly witty and expletive heavy prose style to deliver his deadpan observations on everyday life. The Pest (1978) is about a man pissing in public, Beasley Street (1980) a bleak portrait of Thatcher era poverty, I Don’t Want To Be Nice (1978) rants about the banality of British etiquette, Twat (1979) about a man who is …well thats pretty self explanatory, isn’t it? 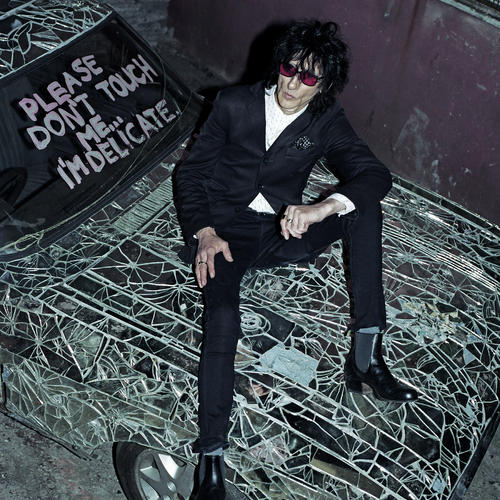 In 2013 , Clarke was awarded an honorary doctorate of the arts by Salford University , the same year in which his absurdist, strangely sweet alternative love poem I Wanna Be Yours (1982) was bought by and adapted by Alex Turner for The Arctic Monkeys’ album AM. You can read more about the lasting legacy of punk poetry, and the best of the genre’s emerging contemporary talent , on the Underground Subculture and Arts blog in the upcoming weeks.