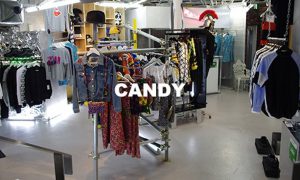 In recognition of our Underground Pop-Up space at the cutting-edge concept store in Japan, we chat with the chief director, Shogo Yanagi about the store, subcultures and the culture around fashion in Japan. The store is located in the fashionable Shibuya district, and is comprised of two parts- Candy, Sister, both parts of FakeTokyo.com. The collective stocks only the most desirable and innovative labels, and has now reached cult acclaim, and is regularly frequented by the world’s taste making celebrities.

Can you recall a moment when you realised people are really inspired by what you are doing?

For you, what is the most unique part of Fake Tokyo?

The most unique part is that we make value out of the sensuous part of fashion. We are not just selling products with design and construction, but also the cultural background behind the brands. This is the most important part that makes us stand out from other boutiques in Japan.

Can you describe the current fashion climate in Japan?

I think Japan is losing the originality of its own style and started to copy what people are doing overseas. Especially as it’s way easier for the younger generation to get information from social networking now, they can start copying the street style they see from the Internet. I can see the young people in other countries mix the trendy pieces and their own culture well, but I don’t really see that in Japan. Japan used to be known for the variety and originality of style, but now I think we are kind of losing it.

What is it about British Subculture that draws your attention?

I’m not very familiar with the British Subculture scene now, but I was highly influenced by the Energetic club scene from 2004-2010.

Is there one Subculture in particular that you’re really into at the moment?

To be honest I’m not that interested in Subculture in Japan. Actually, our fashion style is highly related to subculture and what I find interesting now is how to mix it with the mainstream culture in Japan. 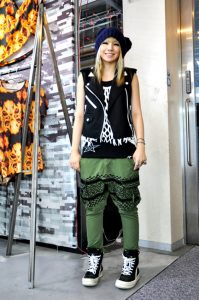 How is that reflected in the products that you sell?

The Japanese fashion scene now- especially the menswear- is highly influenced by skate and hip-hop culture now. The fashion style that we are trying to promote is trying to find the unique and personal style in the current trends. Originality is always the main key word for us when we’re picking brands and selling them. Products with originality and that can also fit the mainstream, culture not against it.

Many brands look to British Subculture for design inspiration- which brands do you see take the most?

My impression is that many brands are inspired by the British culture, but not so many when it comes to the subculture.

Street wear brand ‘NEW FUTURE LONDON’ was founded by two designers from LONG CLOTHING, and is inspired by the UK underground club scene.

Also, a brand called OMMR is inspired by the subculture music community Reggaeton. 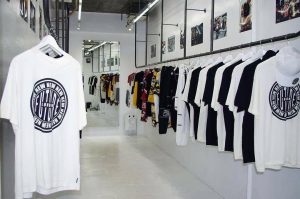 What was the first piece of music that moved you when you were young?

I wasn’t really moved by any kind of music before when I was young. [When I] first started clubbing I really liked tracks by 2 many DJs.

Which label that you stock is the definitive star of AW17?

They are all very different brands but have strong personality and voice. They are the rising stars from this generation.

What’s in the future for Fake Tokyo?

I think Fake Tokyo is not only just a shop that stocks different brands. We want to express the fashion style and culture from Tokyo to the rest of the world. Not only to the customers but also to the fashion industry. We want to create this fashion hub that make people communicate and create through fashion.

THE POP UP WILL BE RUNNING IN TOKYO UNTIL THE 13TH OCTOBER. CLICK HERE TO FIND OUT MORE.