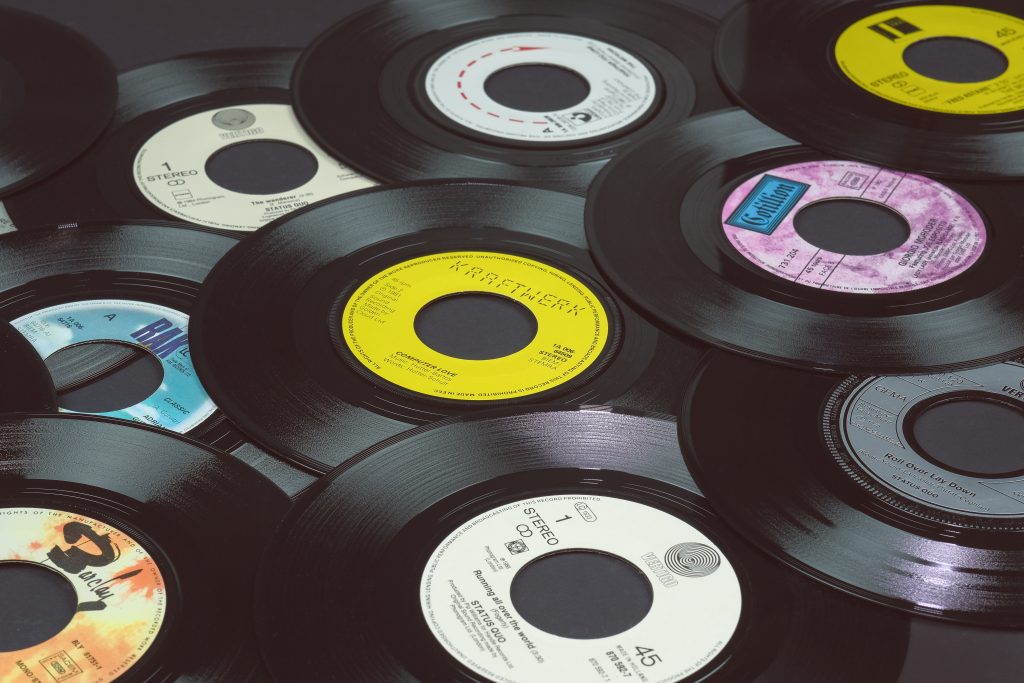 We hope everyone is staying healthy, positive and in good spirits. The Underground team were really looking forward to 18 April, AKA Record Store Day 2020 – think exclusive releases and people queuing up outside their favourite local record stores. Sure, we might just be sitting at home in self-isolation on this particular Saturday due to the pandemic, but it doesn’t hurt for us to share good music with each other. That’s why we have interviewed some of our favourite bands and artists on 1. The most influential records of their youth, 2. The first record that they own and 3. Their current favourite record; so you can discover new music as usual just in a different setting.

Now, put on your most valued record on the turntable and remind ourselves of the kind of good music that is getting us through the highs and lows of life. Not your usual Record Store Day haul, but significant nonetheless!

Listen to these essential albums on Record Store Day 2020 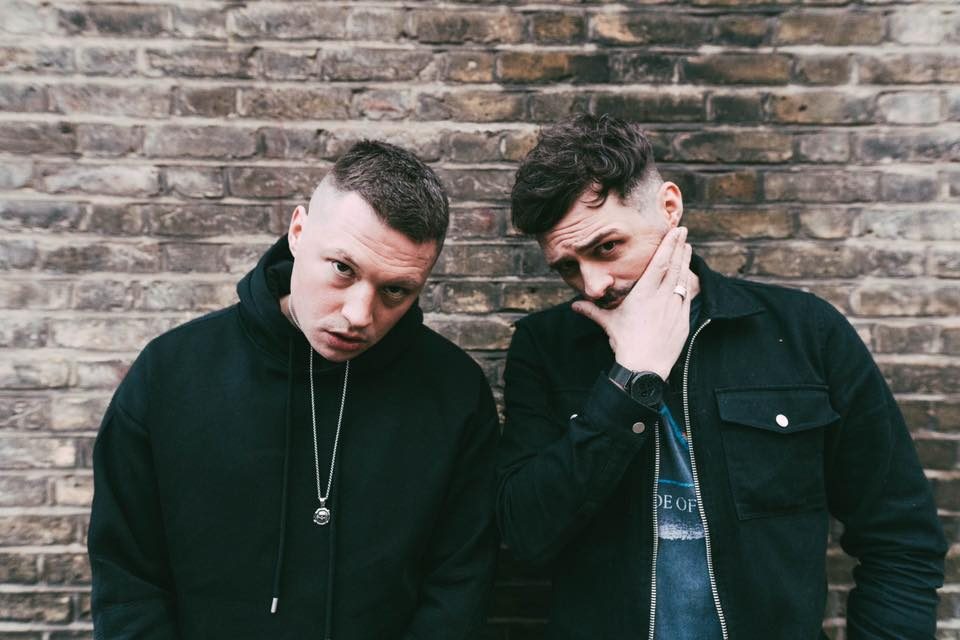 Alan: Not afraid to say that Fine Line is my current favourite. Harry Styles is slamming it and does what he wants. Virgin had a huge mega store in Glasgow at the time and I can remember ‘Scar Tissue’ by Red Hot Chili Peppers was being played and I loved the song. I instantly wanted to know who what band was and bought the record there and then. (Also, I never told Stevie’s my answer about Californication but we had the same thought!)

Stevie: Rage Against the Machine introduced me properly to guitar music and riffs. It also changed the outlook I had on life. Lyrically, it educates and relates on so many levels; and sonically, it’s one of the best debut albums of all-time. 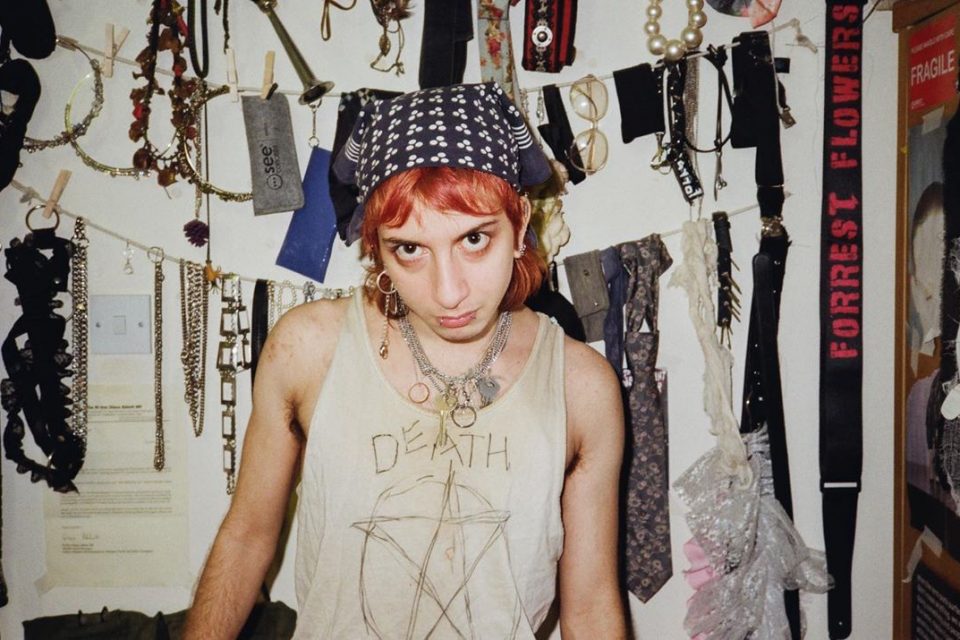 The most influential record of my youth: Blood Type/Группа Крови by Kino
My first record: Shaking the Habitual by The Knife
My current favourite record: Belleh (feat. Shelly Belly, Innovata & Deep Jahi) by Sanjay

Blood Type/Группа Крови was the music of my mum’s youth. She played this CD in the car on repeat non-stop. I imagined these melancholic fantasy worlds as she drove me to school. I was reminded recently of this album when someone familiar with Kino told me that they felt a strong reference to it in Forrest Flowers’ music. It hit me then just how influential it is to me.

I bought Shaking the Habitual by The Knife because of its cover – the F in The Knife was spelt with a Cyrillic equivalent which really intrigued me. All my previous interaction with music was listening to Russian radio, restaurant pop and tame family records. This record shocked me and it was an incredible experience, a realisation even of musical freedom, since then I got fully addicted to experimental. 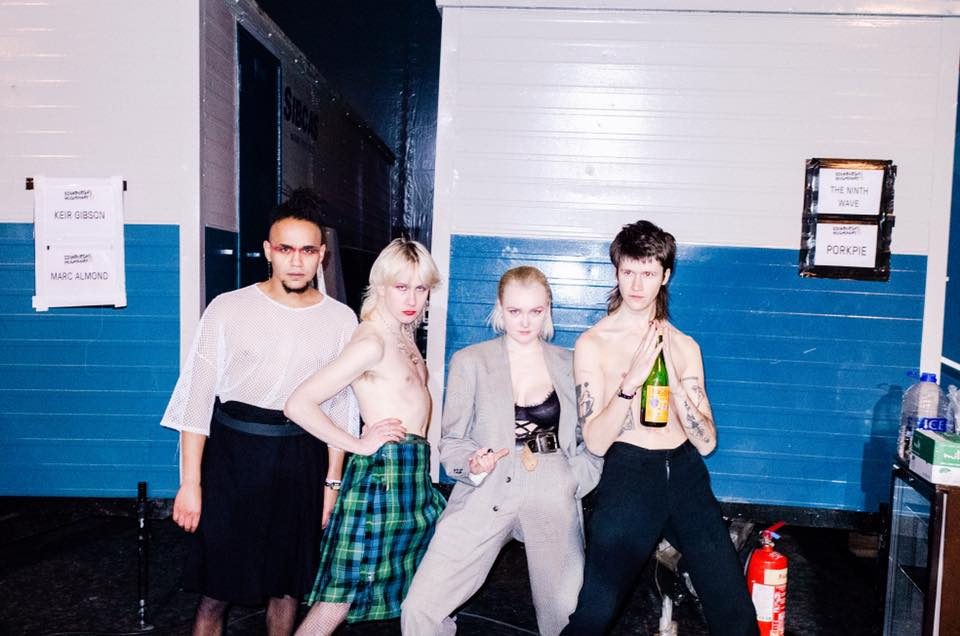 The most influential record of my youth: Highway to Hell by AC/DC
My first record: Born to Do It by Craig David
My current favourite record: Magdelene by FKA Twigs

Haydn: Highway to Hell was the first record my dad showed me when I was around six. I loved it so much and used to play it when I was going to sleep. My wee brother didn’t like this because we shared a room, and the loud guitars and drums and rock and fucking roll kept him up all night! I hope I made it up to him by being a very supportive and nice big brother.

Kyalo: Born to Do It is just bangers from start to finish. My mum bought it for me. It still rocks!

Millie: Every single time you listen to Magdelene you hear something new. It’s very intimate and close up and personal. 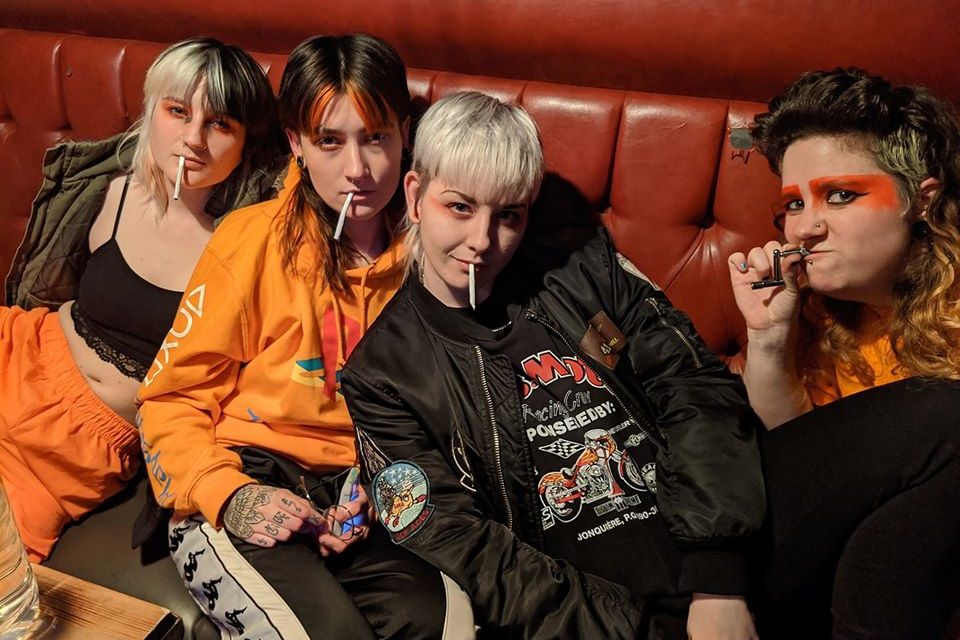 The most influential record of my youth: Missundaztood by Pink, Hopes and Fears by Keane, Under My Skin by Avril Lavigne and Iowa by Slipknot
My first record: Big Big Girl by Emilia, Elephunk by Black Eyed Peas, Spice Girls on cassette tape, All Killer No Filler by Sum 41
My current favourite record: Eton Alive by Sleaford Mods, Cheap Queen (Deluxe) by King Princess, We Are Not Your Kind by Slipknot and Macro by Jinjer

Emilia: My teenage sister had the CD of Pink’s Missundaztood. When she went out, I would nick it and dance around to it in our bedroom feeling so understood and also badass.

Cooper: My family listened to Hopes and Fears by Keane a lot, it’s probably one of the only albums I know word for word. And Black Eyed Peas’ Elephunk is just banger after banger!

Robyn: Avril Lavigne’s Under My Skin made me the emo I am today.

AJ: Slipknot’s Iowa really inspired me to play drums. It started as my gateway to find more metal bands. 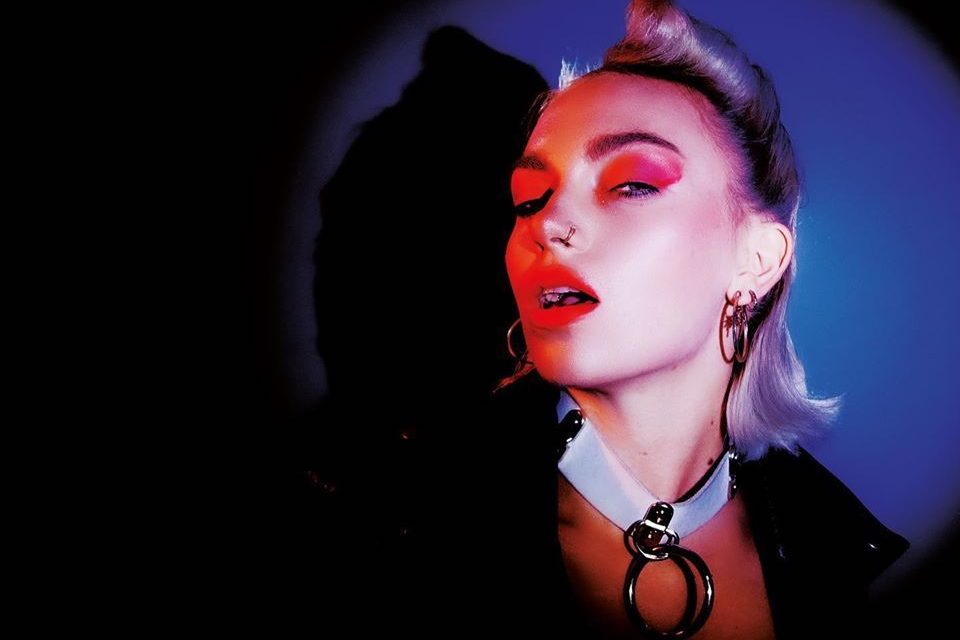 The most influential record of my youth: Poker Face by Lady Gaga
My first record: Oops I Did It Again by Britney Spears
My current favourite record: ANTI by Rihanna

Lady Gaga’s Poker Face brought in a new era of pop. Left-field pop that is becoming the mainstream of pop music. Rihanna’s ANTI has had a massive influence on the way I write music and the sound I’m striving for. It’s definitely the biggest inspiration for my project. 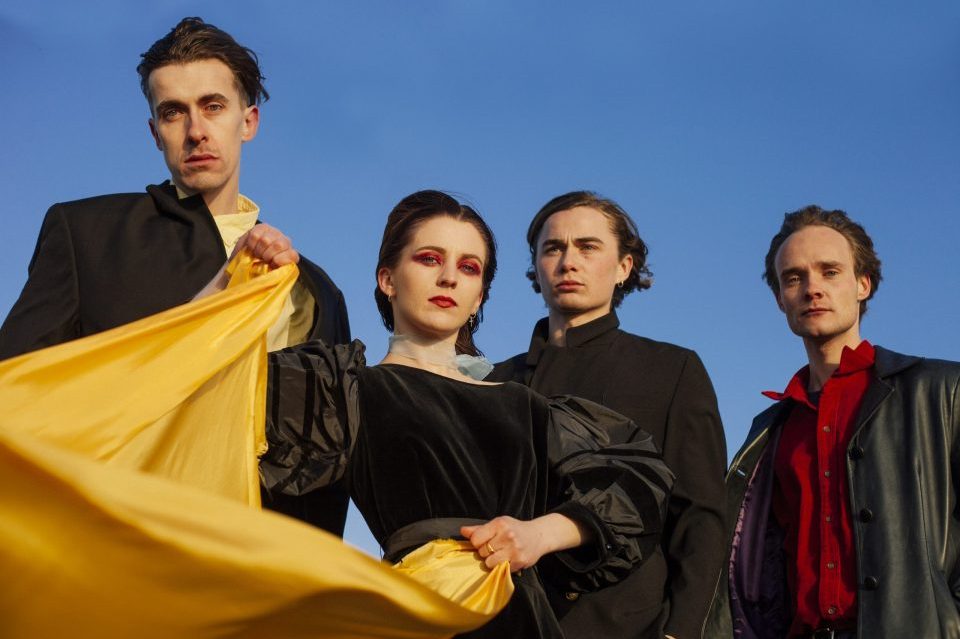 The most influential record of my youth: Silent Alarm by Bloc Party
My first record:The World at Large by Modest Mouse
My current favourite record: Miss Anthropocene by Grimes

As a teenager, I felt like I’d found my gang listening to Bloc Party. Someone that blended a disaffected angst with genre melding that was just as equally antsy. First record that I ever bought with my own money was a Modest Mouse record, before that I inherited my big brother’s CDs including Snoop Dogg, Nirvana’s Bleach and Nevermind. 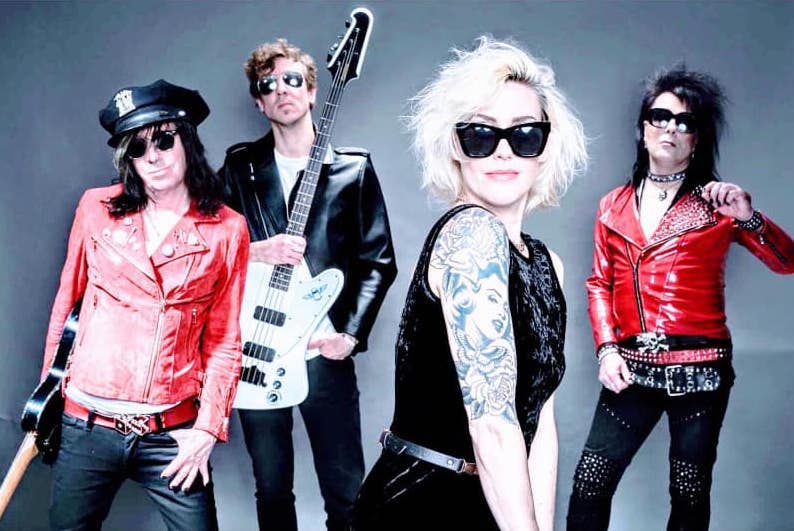 The most influential record of my youth: The Rocky Horror Picture Show soundtrack, Mechanical Animals by Marilyn Manson, Led Zeppelin I by Led Zeppelin and Never Mind the Bollocks by The Sex Pistols
My first record:  2 By 2 by Aha, 20th Century Boy by T. Rex, Memphis Soul Stew by King Curtis and I Hear You Knocking by Dave Edmunds
My current favourite record: Magdelene by FKA Twigs, Hey You by BeXatron, anything by Zero 7 and Spirit by Depeche Mode

BeXXX: I used to perform the songs from The Rocky Horror Picture Show soundtrack to my mum’s friends at parties. I think they were pretty shocked and amused all at once. It gave me a glimpse into the theatricality of performing and dressing up. I had a huge poster of A-ha on my bedroom wall. The ‘Take on Me’ music video had a profound effect on me.

Belle: Marilyn Manson’s Mechanical Animals sounds as strong to me today as when it was released in 1998. Fabulous production, song arrangements and artwork. A brilliant mix of glam, goth, industrial and electronics. BeXatron’s Hey You is my favourite right now. I’m a little biased, but I think it’s a great album!

AD: We had the first four Led Zeppelin albums on vinyl and my dad taught me a few songs on guitar. That’s how I started to play. I haven’t got a favourite new record now. But I listen to a lot of Zero 7 while cycling through the ghost town what used to be London… Eerie.

Greg: I like minimalism. I’d seen it in art, architecture and cooking. Never Mind the Bollocks was the first time I’d witnessed it in music. I Hear You Knocking by Dave Edmunds was the first record I own. Before I had pocket money, we had a Spanish au pair (because we lived in rural Kent), and she would buy me Stones, T. Rex and Slade. If she didn’t like what I wanted, she wouldn’t buy it for me, and I would have to nick it. So… I don’t really think that thieving goods qualifies as ‘ownership’. Sorry after all these years, John Scrases of Deal High Street. 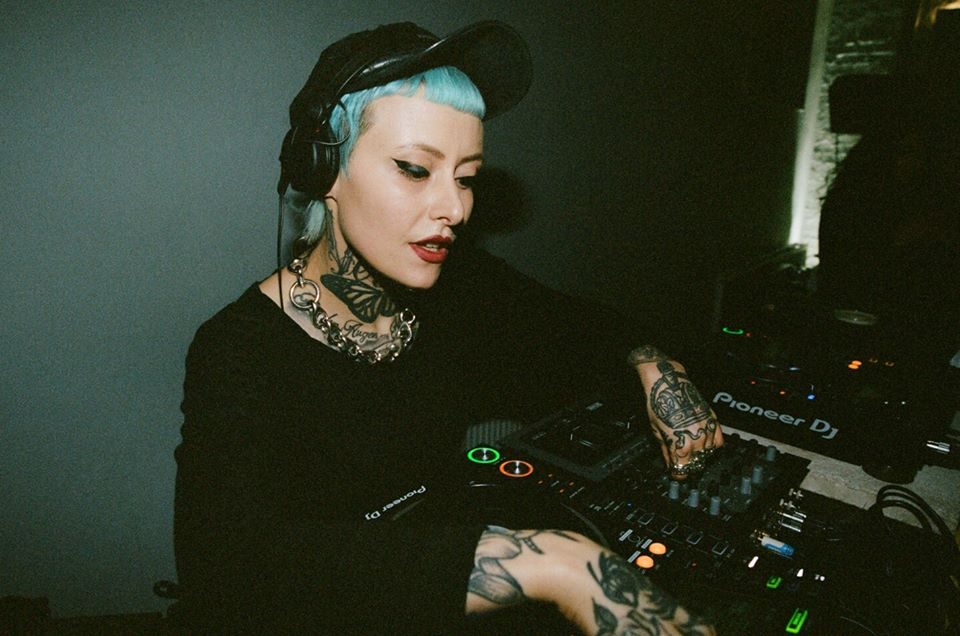 The most influential record of my youth: Oi Oi Oi by Boys Noize
My first record: Suffer by Bad Religion
My current favourite record: Fever Ray by Fever Ray

Oi Oi Oi by Boys Noize is one of the records that introduced me to electronic music. Coming from a punk and hardcore background, it brought my two worlds together. I borrowed Suffer by Bad Religion from the local library, played it and trashed it so much I decided not to give it back. It’s still one of my favourite punk records. 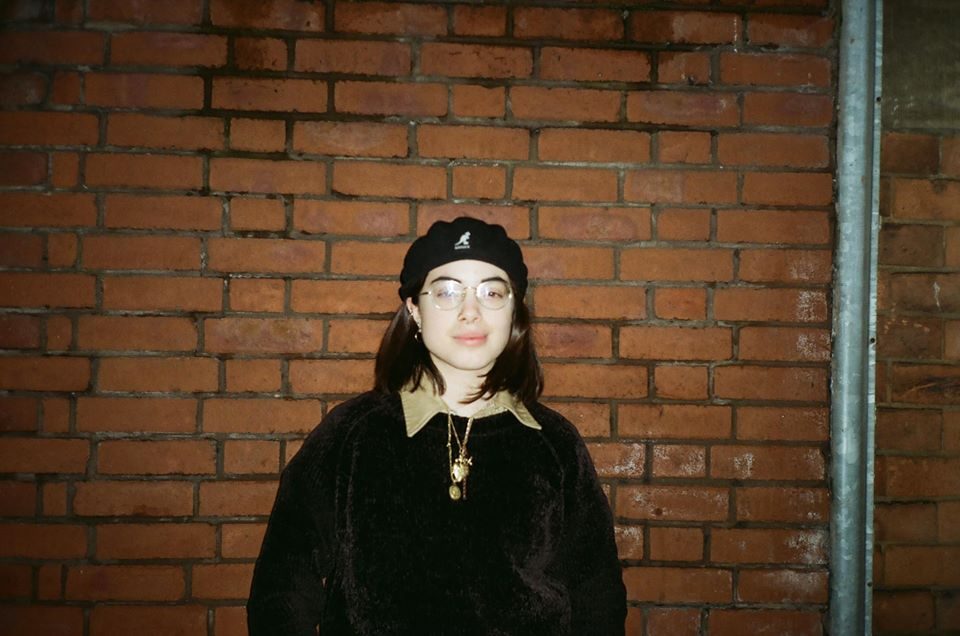 The most influential record of my youth: Plastic Beach by Gorillaz
My first record: This Is All Yours by Alt-J
My current favourite record: First Base by Babe Ruth

When Gorillaz’s Plastic Beach came out, that’s when I started to dig deeper into music and find things that were less “commercial” than the stuff I was already listening to. I bought my first record after buying my first turntable. It was very cheap from Argos and I then popped into my local record shop and bought Alt-J’s This Is All Yours. It had just come out and I fell in love with it. I was so desperate to start building my record collection. The next day I bought Mac Demarco’s Salad Days and Diamond Youth’s Don’t Lose Your Cool.  Someone just gifted me Babe Ruth’s First Base, it’s everything I love – funk, soul, rock and more. I recommend the songs The Mexican and Wells Fargo.