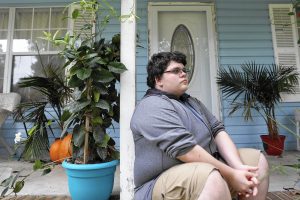 In a look at the state of our current society’s climate and that facing forward- resistance is as vital and pertinent as ever. In a grossly unfortunate state of moral decline- most of the tales of resistance that we have studied and relayed throughout this campaign are being fought harder than ever. With the violence of Charlottesville only having struck last week, it would be a sorry mistake to think that these sinister sagas of oppression are laid to rest.

An illustration of another fight of many is a senior one, and one that transcends all corners of the earth. The fight for resistance versus the persecution and repression of Lesbian, Gay, Bisexual, Trans and Queer community is raging one. From Russia to the USA- the fight for equality is fiercely on going.

In Russia- homosexuality was decriminalised in 1993- but homophobic prejudice is rife. The country’s gay propaganda law reinforces stigma and violates the right to freedom and expression but banning the promotion of homosexual behaviour to minors since 2013. Horrendously further to that, Russian officials are actively investigating claims of a purge of gay men in Chechnya, where dozens of men are reported to have been held in extrajudicial detention and tortured. It is then no surprise that in its latest assessment of 49 European states, Ilga-Europe rated Russia as the hardest for gay people to live in. Its report – compiled even before the propaganda law was passed – looked at everything from hate crime to family recognition.

In America- the merciless ‘Bathroom Bill’ is yet to be overthrown. Implemented last year in North Carolina, the bill ensures that people living in the state must use the bathroom corresponding with the gender on their birth certificate, as opposed to the gender they identify with. What is simple aspect of everyone’s day-to-day living had immediately become a terrifyingly dangerous decision to navigate for trans-people. Supporters of the bill often suggest that it protects children from sexual predators using a bathroom different to their gender to harass or sexually assault someone. This is despite no recorded case of this happening under a trans-inclusive law. The recorded cases of attacks against trans men and women using the bathroom they do not identify with is dramatically stark however.

The man gracing the photo is Gavin Grimm- an inspiring and eloquent advocate for opposition to the bill and trans rights across the globe. Gavin has been fighting tooth and nail to have the bill overturned and taken to the supreme court- and has earned his place as a true inspiration and freedom fighter.