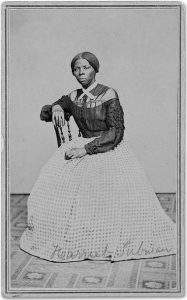 The abhorrent atrocities and crimes committed against people of colour in the slave trade and beyond are a disturbingly modern occurrence in the history of humanity. Enough to make your body ache and skin crawl- the wretched barbarisms of white malevolency against innocent humans can evoke utter disbelief- though incredulity is as near an inhuman reaction as our formative ancestors behaviour. It is the full weight of our responsibility to tell the story, to champion the valiant rebels, and to apply our inherited guilt to our modern-day living.

And there is no more heroic or impassioned tale than those who perpetuated the Underground Railroad.

With a just and intrepid demand for their freedom- between the 18th and 19th Centuries, tens of thousands of slaves who were hauled from their homes in Africa to enslavement in the Americas escaped from their prisons. Slavery was abolished in Canada and an unhurried rising number of states. For every imprisoned soul, the dream to escape from the clutches of American slavery and into a free land was ever present.

With the Fugitive Slave Act and widespread, violent discrimination on all fronts- the route to freedom was laced with peril and jeopardy. With death penalties, bounties to their name, and subsequent bounty hunters- the stake was colossal. Yet the desire for freedom was considerably vaster- though freedom more often than not did not mean harmony at the end of the tunnel. Racism and violence towards POC was still omnipresent in free states like Canada.

One of the most exceptional acts of resistance in human history is without a doubt, the Underground Railroad. Neither underground, nor a railroad- it was a network of secret routes and safe houses establishes in the US to facilitate the escape of Black slaves. It is estimated that the ingenuity and daring of the railroad saved the lives of more than one thousand slaves a year who traversed by wagon or foot through the fourteen states of the railroad to freedom. The railroad consisted of meeting points, secret routes, transportation and safe houses, sometimes steered with personal assistance provided by abolitionist sympathizers. Communication of the trepidations and systems of escape ahead was passed purely by word of mouth- or through encoded quilts that dotted the route and safe houses.

One of the most exceptional figures of not only the railroad, but of human history, was Harriet Tubman. You will find her in the stunning photo above, with an array of examples of the quilted hieroglyphics behind her. Harriet was born into slavery.. She escaped and consequently made some thirteen missions to rescue approximately 300 enslaved people, family and friends using the Underground Railroad. While conducting rescuing missions in slave territories, she would pose as a much older feeble woman, and unable to read, she would sometimes carry a book during her travels so as to disguise her position as an illiterate, fugitive slave. She returned to the slave states 19 times, and was known for using her shotgun to threaten death to any slaves who lost heart and wanted to turn back.

Tubman was so successful in helping slaves to escape that, at one point, slave owners offered a reward of $40,000 for her capture. Beyond her work on the Railroad, she later went on to be the first woman to lead an armed expedition in the war, a nurse and a pioneer of the suffrage movement. An outstanding, awe-inspiring heroine to all of the human race- and one of the most exemplary icons of Resistance in history.