From the Underground Book Collection: Ripped & Torn, the Loudest Punk Fanzine in the UK by Tony Drayton 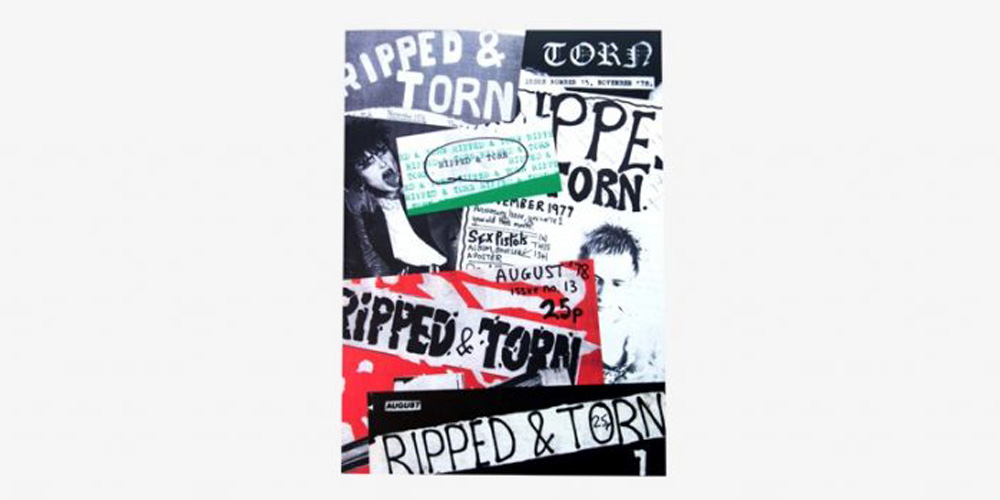 Tearing up the rule book and capitalising on the ethos of D.I.Y, the presentation of Ripped & Torn is the quintessential nod to the thriving late 70’s punk scene. It contains a collection of all eighteen issues of the original music-oriented fanzine, and it all began when Tony Drayton met Sonic Youth singer Thurston Moore and Eva Prinz (Ecstatic Peace Library). Created by and for punks, each page is an eclectic mix of cuttings, including a range of interviews and reviews. The book also features an insightful conversation between Tony Drayton and Thurston Moore, discussing the Glasgow Punk Scene, fanzines and more. From its beginnings in 1976 in Cumberland to ending in a London pub in London in March 1979, Ripped & Torn now remains one of the most iconic zeitgeists of the Punk subculture.

The opening introduction sets the scene for how Ripped & Torn was born. It documents 18-year-old Drayton’s ventures to Kings Road, clothing shop Sex and music venue Hope & Anchor, where he saw The Damned perform. Having a friend that shared his passion also prompted the beginning of the new fanzine. After talking to Mark Perry (of Sniffin Glue fame) at The Damned’s gig, his sights on creating a new zine were set.

The first issue was launched in November 1976 where The Damned graced the front cover. Scrawled in black ink, were the words “The first Scottish punk mag… written by fans… for fans”. After sneakily making 100 copies of the first 10-page issue at work, he sent a copy to Mark Perry., as well as Rough Trade Records and Compendium Books. This led to the latter two, ordering 200 copies each, and after Drayton had found a printing shop, he stocked the extra 100 copies in an independent shop in Glasgow. The demand was high and the magazines sold out after a week.

Since the first issue, the magazine went through many creative changes. Largely inspired by Malcolm McLaren, Drayton decided to move to London and produce the magazine in a squatted pub between 1977 and 1979. Despite the media announcing “Punk is dead” in Summer ’77, the punk scene continued to thrive, and Drayton was sent many submissions from a wide range of artists. The zine’s readership constantly increased, and the design evolved further, partly due to contributing photographers such as Walt Davidson. The emergence of bands such as Crass and Adam & The Ants, continued to shake up the punk scene. The sheer number of cheap gigs happening, meant that Drayton was going to dozens a week, and documenting his experiences for the masses. Furthermore, due to his fascination with the European punk scene, the final issue’s production was left to a fellow contributor, Vermilion while he explored Paris. This created a dramatically different final issue. They were punk pioneers, recording it directly as it unfolded. 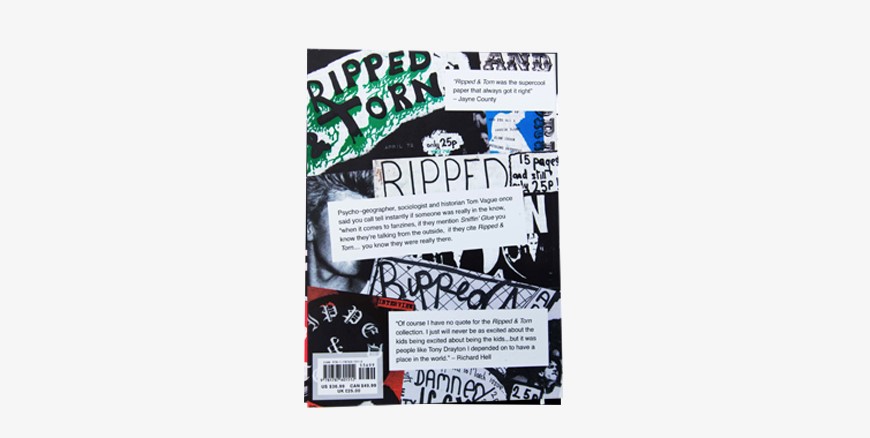 From covering venue guides, chart lists and prominent figures such as Patti Smith and Sid Vicious, if it wasn’t there it wasn’t needed. They also enclosed a range of interviews from David Bowie’s manager, Ken Pitt, to an interview with The Ants’ lead singer, and Andrew Czezowski, founder of The Roxy. It was always ahead of the game. Even in its later years, it consistently changed with the times, shown by the final issues covering articles such as ‘Wake Up World’, and ‘Sex and Mental Oppression’, in which the former discussed ideas concerning the enemies of liberation and the topic of consumerism. Issue 14 also notes Drayton’s open distaste for “fanzine schoolboy sexism”, which was blackening the name of fanzines at the time. Ripped & celebrated punk as a way of life, not merely a genre of music.

Historian and sociologist Tom Vague rightly commented that those who read Ripped & Torn were central to the scene, and those who read Sniffin’ Glue remained on the peripherals of the movement. Perhaps due to this, original copies of Ripped & Torn have massively increased in material value. What was once sold for around 25 pence, is now selling for three-figure fees. Not to worry though, you can still get a copy of every issue of Ripped & Torn in one book from our online store for a fraction of the price. Relive the thrill and revisit the bands that put punk on the map.

“Of course I have no quote for the Ripped & Torn collection. I just will never be as excited about the kids being excited about being the kids… but it was people like Tony Drayton I depended on to have a place in the world.” – Richard Hell