Safe House: A Decline of Ideas 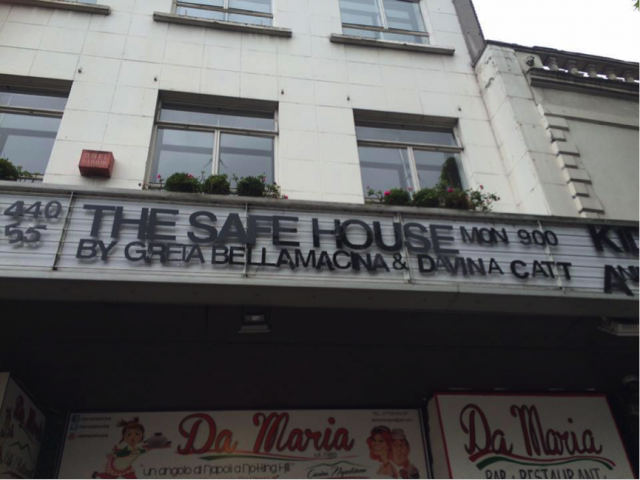 We were lucky enough last night to get down to the screening of ‘Safe House: A Decline of Ideas’, a documentary about the history and decline of British libraries in recent times. Written and directed by two women whose lives revolve around literature: Greta Bellamacina, an award winning poet, and Davina Catt, a journalist, this 54-minute documentary sees them travelling around Britain, exploring the libraries and how the public library came into being.

The filmmakers argue with perfect reason that, without the space that libraries provide, creative people who are underprivileged in society will have nowhere to go to freely pursue their creativity. Perhaps only economic groups A and B have the luxury of using the Internet for entertainment, and the shutting of library doors means that the less fortunate are being forgotten and pushed aside.

They are not the only ones with these worries, as they are joined in the film by many famous faces from literature and film. Some of the celebrities interviewed are Trainspotting author Irvine Welsh, writer Zadie Smith, actress Bonnie Wright and actor Stephen Fry. It is no surprise that Fry is involved in the documentary, as he has been very vocal about his support for libraries in recent news. He defended the institutions in an article in The Standard, where they report that in just over a year, at least 64 libraries have closed down around London. Fry says that, “We need to understand libraries as places of education and nourishment for everyone — there is a terrible sense that libraries are just an add-on to a council building, but they save lives.” He explains that, “A library is one of the few places, in a town or even a large village, where you can go in and immerse yourself in that world. To actually have access to a real collection of books, of literature and reference works from across the ages is really important.”

The film was described in the Q and A session as a film essay as it documented the establishment of the first library in the 18<sup>th</sup> century, through the growth of the libraries established by Andrew Carnegie, the mobile libraries that serve the rural communities and to the current crisis where the library system has been filed away under “leisure services “by cash strapped local authorities and an indifferent central government.

There was one point that came up time and again in the film and the Q and A session. The library system had been built up over 300 years providing books for all, a place to study, a sort of sanctuary for the under privileged looking to advance themselves. Having established that system and infrastructure we are now prepared to just let it go in the face of e books and complete indifference from the governing class.

The written word is as important now as it was to the Miners in Scotland in 1741 who set up the Leadmill Miners Library, each of them paying a subscription and making use of the library not so much to educate themselves but to advance their children. The advance of technology is not intended to extinguish all that went before, it is there to augment and improve upon what we already have. Libraries can embrace technology to make them “ super learning centres “ , they can be centres for a community, how about a national lending card was one suggestion or how about linking up all the libraries in the country to share resources.

Somebody needs to get a grip on this situation. Check out the film, get involved, get down to your library, support the campaign to save British libraries at

For more information on the film, visit their Facebook page:

Our ongoing series of reports on film from the underground with a special emphasis on those films with a subculture theme.

Underground and Rebel Reel Cine Club team up to present a series of subculture film screenings. Each film selected is a subculture classic that captures a seminal event or groundbreaking moment in the underground world.