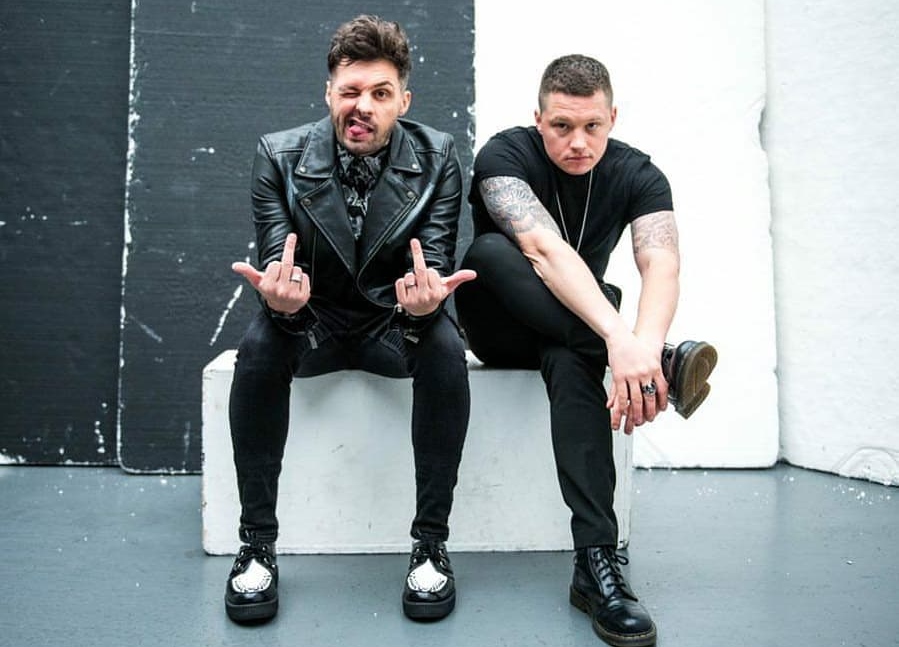 Influenced by the likes of Imagine Dragons and One Republic, Saint PHNX are a fierce storm that sets out to the biggest rock hit of the year. Consisting of vocalist/multi-instrumentalist Stevie Jukes and drummer Alan Jukes, the Glaswegian rockers Saint PHNX have consistently impressed us with their high energy and dynamic stage presence – meanwhile, fans are frantically jumping around like a manic. Having recently toured with English singer Yungblud, the duo has gained significant traction in the pop rock scene with hit singles such as ‘King’ and ‘Sorry’ blasting on the radio.

An interview with Saint PHNX

Having finally released their long-awaited debut album DDMN today, the Jukes brothers walk us through their  creative process and share with us whether their brotherly bond has helped or hindered their working together professionally.

What inspired the name DDMN for your new album?

We started recording the album in late summer of 2018. The first song we started working was ‘Deadmen’. From this we started writing DDMN absolutely everywhere. I even got it tattooed on my arm (laughs). We originally had Head Full of Angels and Demons at My Feet, but we couldn’t get away from DDMN.

What’s your own vision of this record?

We want to push the boundaries and be as big as we possibly can. The album is in two parts. This is the first installment with further tracks to be added over the next six months to add to the story. We weren’t sure what the theme of the album was going to be or who we were as a band or artists.

The album has taken us on a personal journey to find out who we truly are and we have definitely done that. This is what the album is about. Each song tells a story from dark to light. From a personal perspective and relationships. The album reflects a journey of life which we feel people can relate to.

Share with us a little more about your latest high-voltage single ‘Scream’.

Scream was literally a riff that popped into Stevie’s head whilst being on tour with Yungblud during summer. He couldn’t stop whistling. When we arrived back home, we headed straight in the studio to record it. It wasn’t originally meant to be a part of the album. It’s definitely the best song live!

Which song on the record is the most difficult to produce?

It has got to be ‘Death of Me’. We spent so much time writing and recording this that we got to the point of thinking the song wasn’t good enough. Stevie and Ross (the producer) literally ended up ill due to writing the song and that’s when I said, “this will be the death of us”, and then it clicked from there. 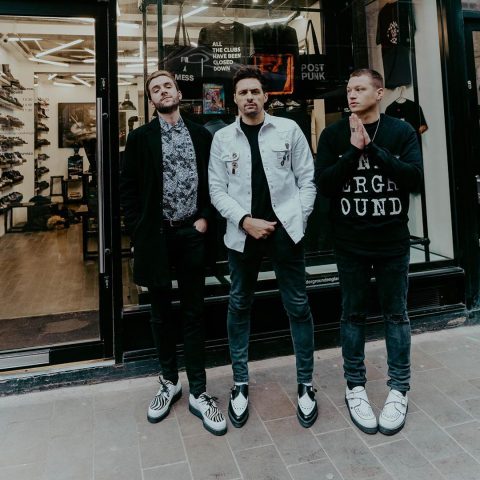 With your debut album DDMN out now, what’s the band’s current direction? Do you guys feel more confident about yourself as musicians now?

We had a massive year in 2019 as we started to grow in all aspects. I think with anything, once you start to see your hard work pay off then it gives a certain confidence and pushed us to go to the next level.

Have you guys figured out the best way to work professionally as brothers?

Nope we haven’t and I don’t think we ever will (laughs)!

What would be your worst nightmare?

Waking up and Stevie is naked next to me.

Your EU tour will start in February, how exciting! When performing live, what kind of atmosphere and energy do you seek to generate? What can we expect?

When we play live, we love to feel the energy of the crowd. The rowdier the better. We absolutely love playing, it’s the best part of being in a band. Nothing beats the crowd singing your songs back, especially when you are in a different country. It’s a surreal feeling. Also, you can expect to see us wearing some killer shoes while we perform. They help with the jumping!