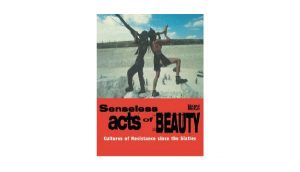 Back to 1996- there had been 17 years of rule in Britain from the Conservative Government and the political and economic landscape had undertaken a magnitudinal shift. The rise of the market obsessed economy was enough to keep voters returning the same party but outside of the mainstream a new category had appeared. A new grouping had appeared in British society that rejected materialism and convention. These were the travellers, the ravers, protest groups and squatters. There was no central organisation but just a commonality in their rejection of what had become the norm. 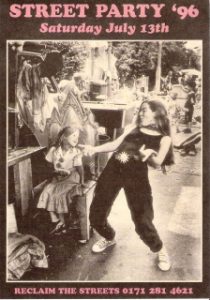 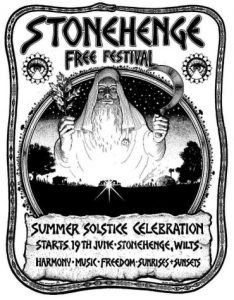 There had been a feeling that with the arrival of punk in the late 1970’s the revolution and resistance that had become well developed in the 1960s and 1970s just melted away. Perhaps those protest groups including Anti-Vietnam war protestors, Anti-Nuclear campaigners, Commune/live from the land advocates were gradually shut out by the rising affluence of the working class and middle class across Europe (even in the face of the demise of the old industry and a widening wealth gap) and the shift from the Decade of Love that was the 1960s to the Decades of Lucre that were the 1980s and 1990s. 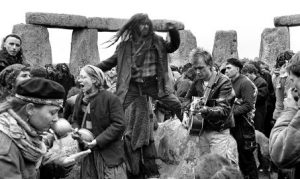 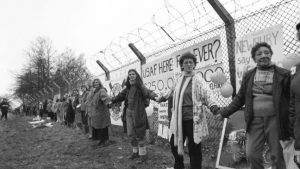 McKay’s work was one of the earliest books about the radical protest movements of the 1960s and 70s through to counter-cultural movements of the 1990s. The book was the first to be issued post punk that looked long and hard at the changes that were brought about after the punk era. 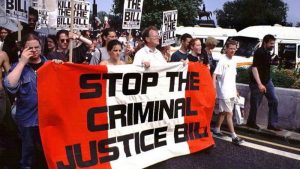 Beginning with the hippies of the 1960s he is able to show some lineage Â through the punk era, the anarcho punks , the Stonehenge travellers, the road build protestors to the ravers of the 1990s. He was able to show that each one of these movements was tied together in spirit and part of a never ending struggle against the mainstream. Â For some the book was an unwelcome attempt to report the various protest groups in such a way as to commoditise them. Those objections came largely from members of the groups which were analysed and reported in the book. But McKay in recording these counter cultures was not regulating them but instead praising their vital role in keeping alive the spirit of resistance. The protest groups were being held up as an example by Mc Kay of what could be done to bring about social change and to counter the erosion of political argument. 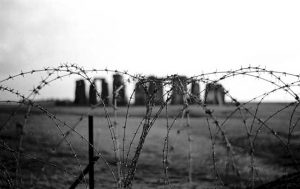 Being a book from 1996 it pre-dates the Social Media age and therefore sits firmly in the camp of direct action. Protesting against a road build required physical action and not a reliance on Tweets or a rage or endless ineffectual memes.

When it was released in 1996 it was heralded by many as the underground resistance manual. It probably served that purpose it many ways. Fast forward then to 2017 and with the current state of play it might be time to revisit the book and pick up the thread.