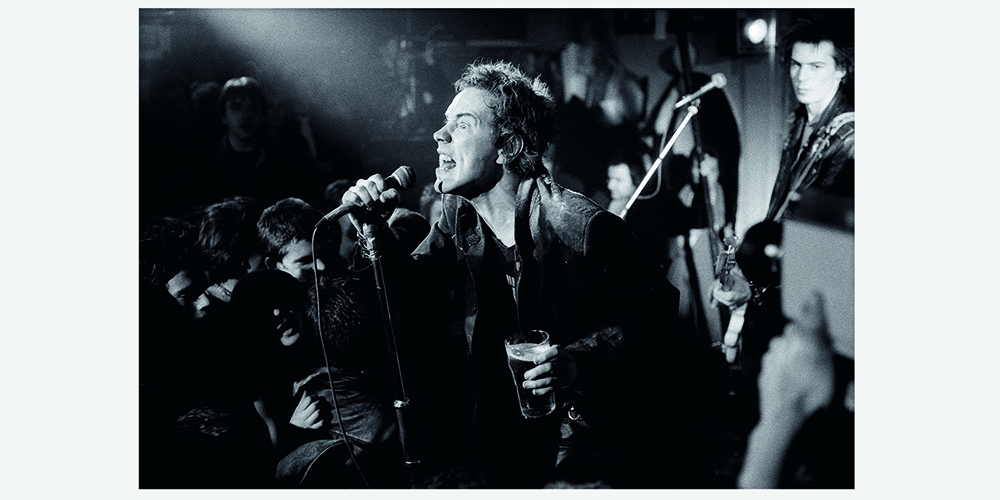 Sex Pistols: The End is Near by Kevin Cummins

“Huddersfield was the very last gig the Sex Pistols played in England. Then we went off to America and murdered each other” – Johnny Rotten

Christmas Day 1977, a day to be spent with family and loved ones, unless of course you had decided to spend it with the Sex Pistols. The punk band, at the centre of a tabloid frenzy and banned from just about every venue in the country had embarked on a tour programme hastily rearranged by Malcolm McLaren and given the title “Never Mind the Bans; the Sex Pistols will play”. Taking in the provincial towns the four-venue tour took in Ivanhoe’s, a small club in Huddersfield where they performed a matinee benefit in support of striking West Yorkshire fire fighters. That evening, the band then took to the stage to perform what would become their final UK gig. 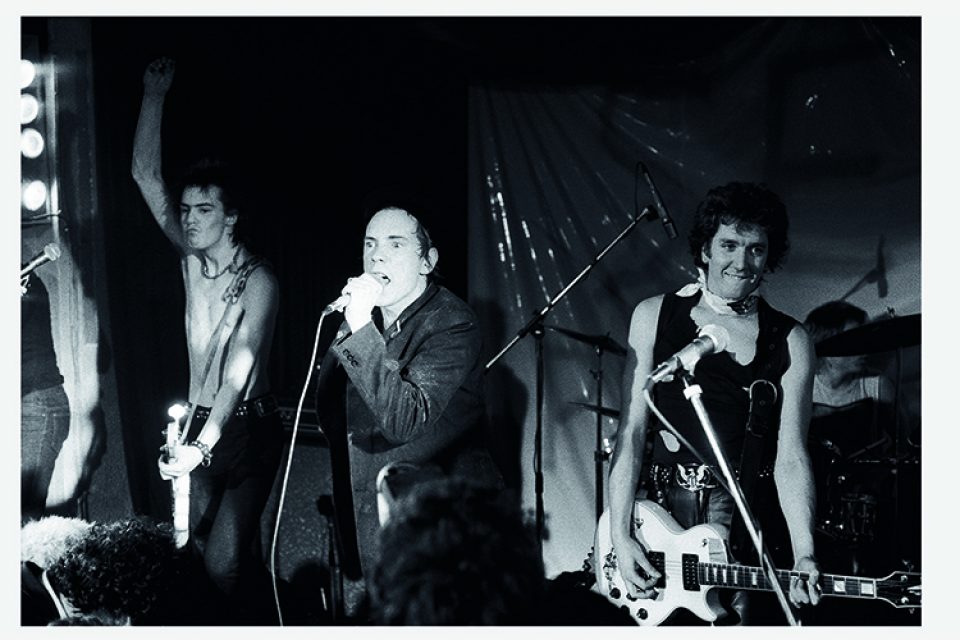 There to capture the chaos was photographer Kevin Cummins. No stranger to the Sex Pistols, he’d been there at that gig at Manchester’s Lesser Free Trade Hall just 18 months previously and was invited by McLaren to the gig and given access to the stage to catch the band at their best. Kevin had to negotiate his way out of a family Christmas day, escaping the Queens speech and the Christmas pudding to travel across The Pennines to document the event. Apparently, his father did not speak to him for three weeks such was the shock of departing the front parlour on such a sacred day. 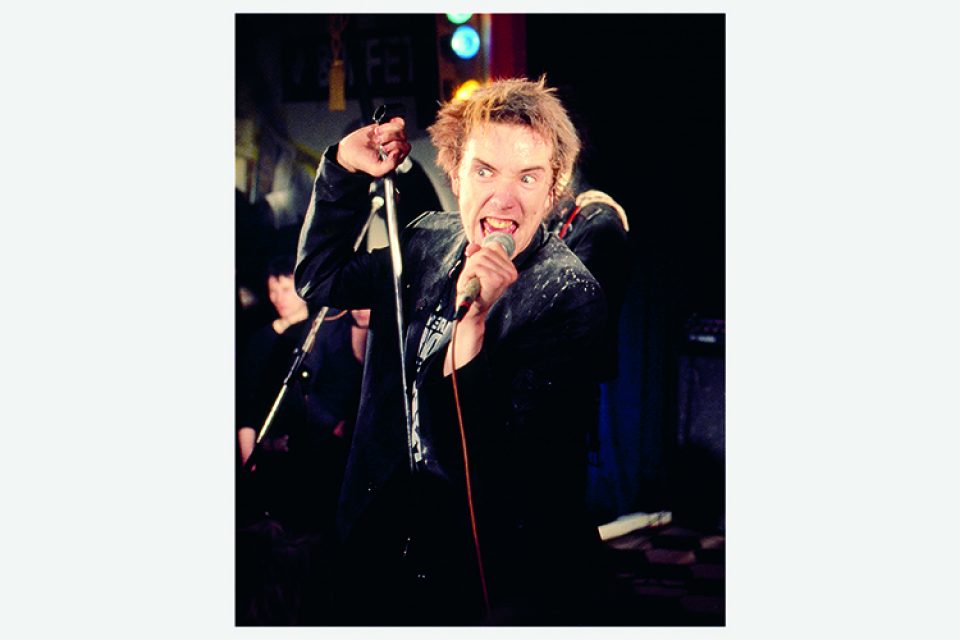 Sex Pistols performed two concerts at Ivanhoe’s nightclub that Christmas day. They began with a family-friendly concert in the afternoon, with expletives removed from the lyrics and Christmas presents and cake given out – paid for by the band. In the evening, the Sex Pistols thundered through their setlist in a full-on performance. The tickets had been printed without a time and date, only a number to call on the 23rd to get hold of the details (Rave culture before its time!)

It was not foreseen at the time that a few months later the whole show would fall apart and if anything, the Huddersfield gig seemed to present a re-energised Pistols that were, in spite of the industry and establishment pitching against them, seemingly destined for greater things. From the afternoon of tea and cakes with the Firefighters children (with amended lyrics of course) to the evening performance that even had Sid smiling, it looked like they would go on to dominate the world. As often happens, things change when you least expect them. 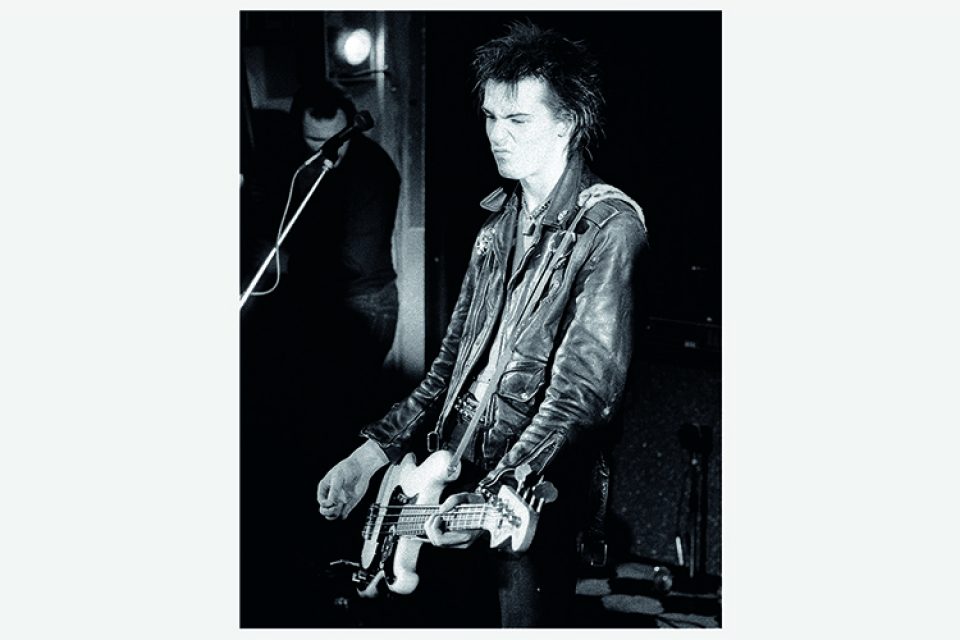 Sex Pistols: The End is Near 25.12.1977 presents every frame that Kevin shot at the gig. Published here for the first time, the book features more than 150 colour and black and white photographs, each vividly capturing Johnny Rotten, Sid Vicious, Steve Jones, and Paul Cook as they play together for the last time in their home country. 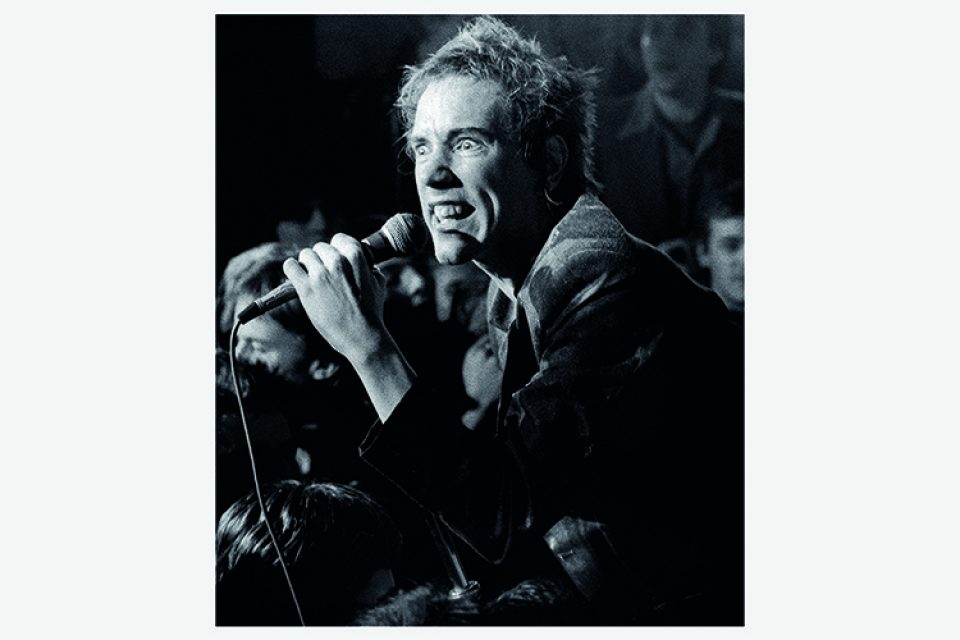 Kevin Cummins is an internationally renowned British rock photographer, known for his collaborations with Mick Jagger, Ian Curtis, Morrissey, The Smiths, Bowie, Joy Division and more. He was chief photographer at the New Musical Express for ten years, then the world’s biggest selling rock weekly. His portraits feature in the collections of The National Portrait Gallery and the V&A. Kevin has also published several critically acclaimed monographs on the artists with whom he has worked.

Buy Sex Pistols: The End is Near by Kevin Cummins from our online store

Interested in learning more about the Sex Pistols? Check out The Bollocks by Dennis Morris and The Anarchy Tour by Mick O’Shea.