Shave It Off! A Cultural History Of The Buzz Cut 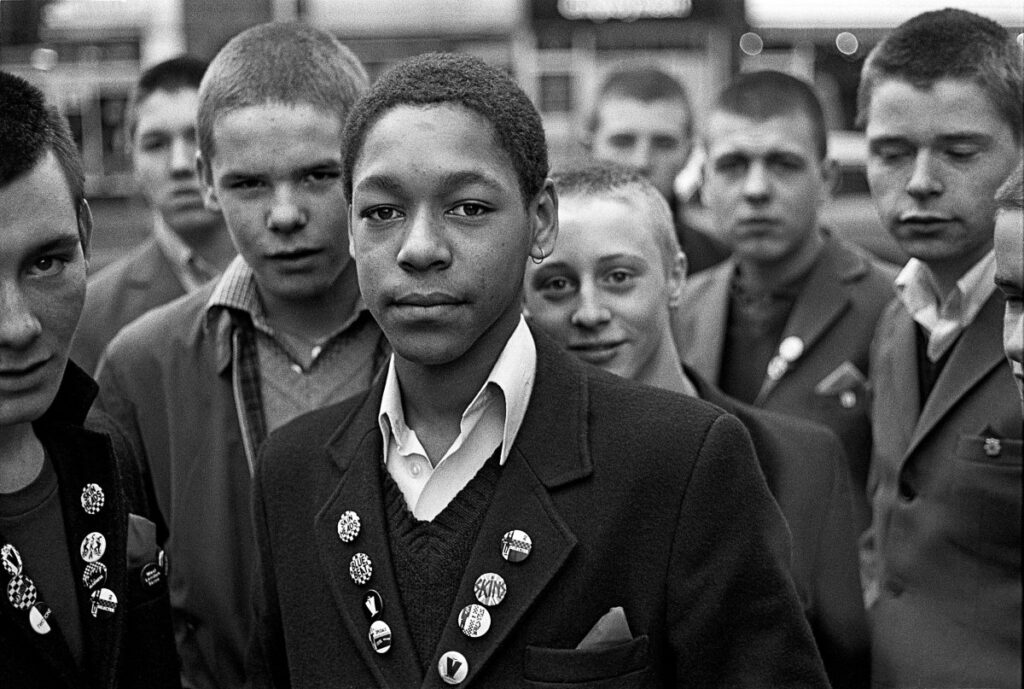 Utilitarian, empowering, confrontational, queer- the buzzcut is a hairstyle loaded with symbolism, and rooted in the political.

The heritage of close shave style – hair cut so short that only a hint of a stubby hair follicle remains – lies in the military. Arguably, the buzz cut can be traced as far back as Ancient Rome, where the uniformist qualities of the ‘do made it the favoured look amongst the centurion army. Though it was in the 19th century, with the advent of manual hair clippers that the buzz cut first gained widespread popularity, and the hair style first acquired its name – the ‘buzz’ originating from the buzzing sound the clippers made while lopping off your locks. For reasons of practicality, hygiene and egalitarianism, the cut soon became a codified requirement for anyone serving in the armies of the UK, USA, France, and Russia. 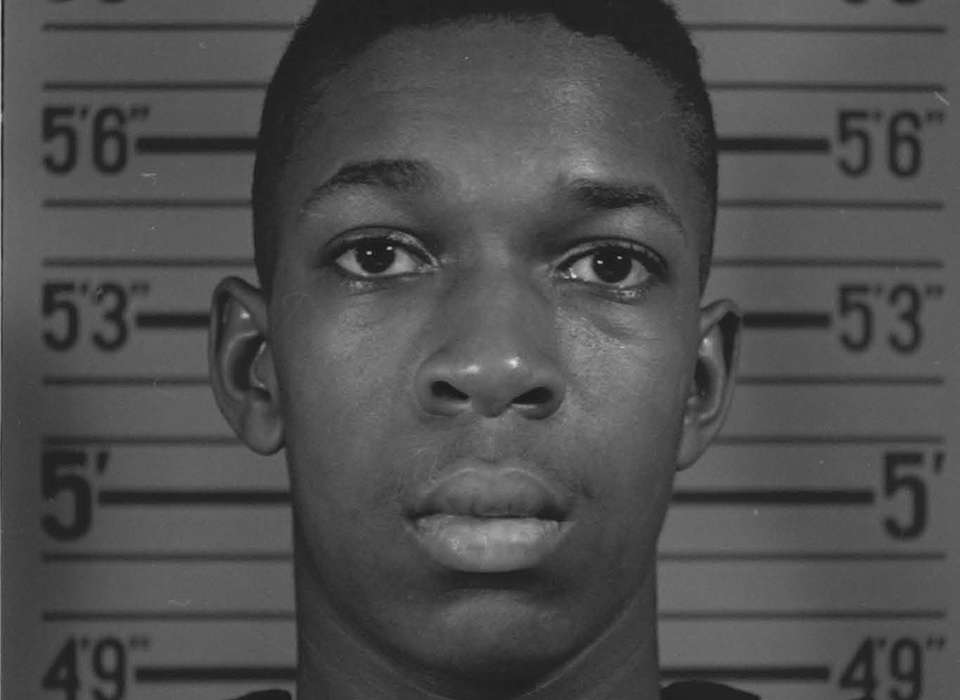 However, it wasn’t until the 1950s, that the buzzcut transcended its military connotations and became a haircut with cultural cool. Post-world war two saw the birth of the teenager, and the new musical style of Rock ‘n’ Roll – the undisputed face of this youth culture explosion was Elvis. When “The King” enlisted in 1958- at that time being one of the most recognisable faces in the world – his hair underwent the very public transformation from the
impeccably coiffed quiff of the rockabilly style to the shaved head required of any American GI. The singer reportedly said, “Hair today, gone tomorrow.”

Around the same time, across the pond, Britain had a new subcultural tribe- the mods. Young, working class and with a penchant for expensive Italian suiting, this new group became known for their motorcycles, their rivalry with “rockers” and their favoured past time of (amphetamine fuelled) dancing to R ‘n’ B and soul. However, as the 1960s progressed the mods separated into two separates groups: one for the more dandyish, fashion focused of the lot, the second with a harder, more masculine image…with the reputation to match. Kitted out in hobnail boots, straight legged denim and bomber jackets, the buzzcut became the cut of choice for this new tribe, earning them the name ‘Skinheads.’ The Skinhead aesthetic was intentionally combative in its militaristic references, and against a backdrop of societal and racial tensions in the early seventies, became associated with violence and (somewhat paradoxically given its mod-ish heritage of enjoying music of Black origin) racism and neo-Nazism. 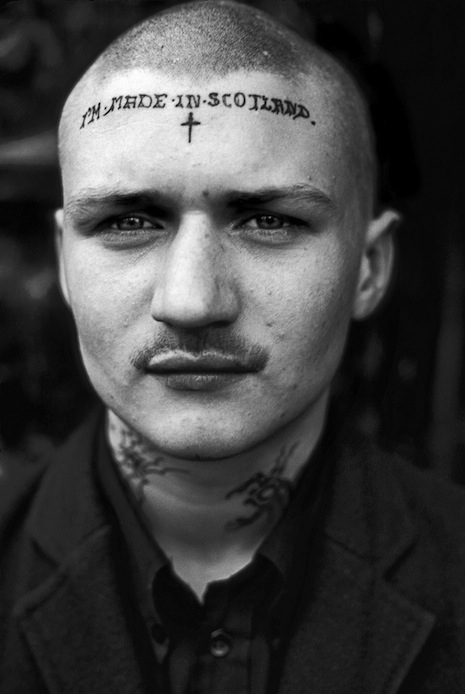 The Skinhead - photo by Derek Ridgers

By the 1980s, Bowie and punk had done their bit and pop culture was at the height of its genderfuckery. Heart-throb singers on Top of the Pops were boys in makeup and filly shirts, and many New Wave artists and bands experimented with fashion and makeup in a way that was never seen (or allowed on the telly) before. Though most of the discussions around transgressive fashions of the era focus on male artists subverting gender norms by playing with traditionally ‘feminine’ looks, similarly female creatives where delving into the dressing up box of styles associated as ‘masculine’ to project power, autonomy and their disregard for a misogynistic society telling them how to act, and what they should look like. Annie Lennox dyed her short shaven style a vivid orange hue in homage to Bowie’s Ziggy Stardust era tresses, and Grace Jones revealed in her 2015 memoir that “Shaving my head directly led to my first orgasm.”

The buzz cut on women increasingly became a symbol for female empowerment and feminist activism, and by extension expressions of non-normative sexuality and lesbian culture. It is interesting to consider the cultural significance of hair and womanhood, almost universally across societies and history, long hair has been associated with femininity and beauty, and hair a potent symbol of (sometimes dangerous) female sexuality. Think for example of the Greek myth of Medusa with her deadly long hair of writhing snakes, or Renaissance depictions of Mary Magdalene, always with impossibly long hair tumbling to her feet. More, throughout history a woman removing her hair has either been associated with religious ritual (such as a nun shaving her head) or persecution and punishment. During the Salem Witch Trials, suspected witches had their hair systematically chopped off in public, purportedly under the guise of ‘looking for the mark of the devil’ but also no doubt, the spectacle of humiliation. “Hysterical” female psychiatric patients in the 19th century had their heads shaved. Either way, hair is framed as the ultimate symbol of femininity, and its removal the ultimate sacrifice. Therefore, the feminist assertion of a shaved head was not only to do with appropriating the aesthetics of hyper-masculinity, but also reframing/reclaiming the narrative around what it meant to be a woman with a shaved head. As astutely put by Sinead O’Connor, responsible for one of the most iconic buzzcut moments of all time in her video for the tear jerking “Nothing Compares 2 U”, “They wanted me to grow my hair long and wear miniskirts and all that kind of stuff because they reckoned I’d look much prettier…So I went straight around to the barber and shaved the rest of me hair off.” 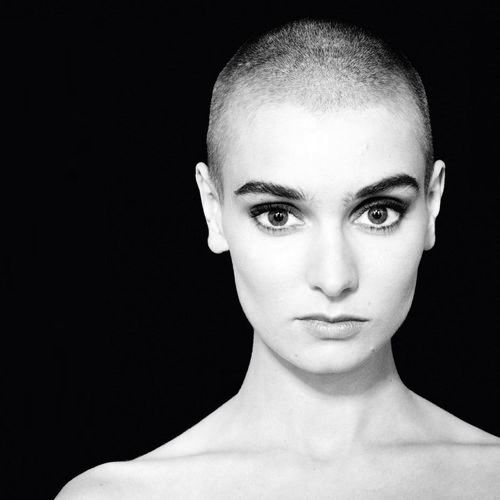 In Hollywood, traditionally beautiful actresses shaved their heads to play badass characters and avoid casting stereotypes based on their looks, such as Demi Morre in G.I Jane (1997) or Natlie Portman in V is for Vendetta (2005). Then came 2007, when the continuing and very public breakdown of former pop darling Britney Spears (and her vilified hounding from the aggressive and sexist mainstream press) reached its apex, climaxing with her shaving her head after leaving rehab. The tabloids responded by regurgitating old stereotypes, perpetuating the idea that Spears’ act was a cry for help, a sign of madness – after all, why else would a pretty girl shave her hair? Others interpreted it as the former pop princess’ way of claiming control over her own image. During the rise of the #MeToo campaign, when actress Rose McGowan spoke publicly of her assault at the hands of Harvey Weinstein in 2017, she buzzed her hair, saying “When I shaved my head, it was a battle cry. Fuck Hollywood. Fuck the messaging. Fuck the propaganda. Fuck the stereotypes.”

And now? The buzzcut is just another classic in the cannon of haircuts; favoured for its practicality and stylistic shock factor in equal measure. For guys, time has diluted any negative connotations the cut may have had from skinhead past, and for women and queers the cut remains favoured for its powerful androgyny and feminist history – though no more likely to gain a second look than a pair of bleached eyebrows or sporting a mullet. Current trends have seen the buzzcut in creative incarnations of being dyed pastel colours, or ornamented with patterns and animal print, a blank and bald canvas to express individuality. 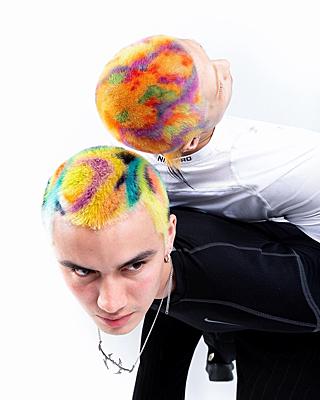 From the OOO_ing Studio in Taiwan