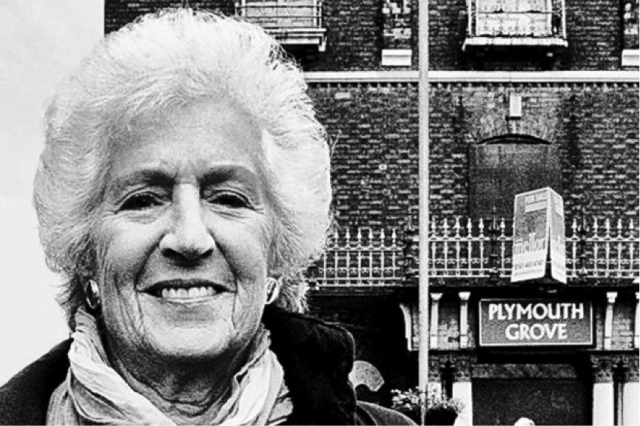 Born on the 9th July 1932 in Kersal, the British photographer was recognised for her street photography and portraits, which concentrated on Manchester’s working folk. During her time, in the 1950’s, it was rare to see female photographers, so Baker was a pioneer for women and made her mark on the photography world.

When she left school Baker worked as a photographer for Courtaulds and freelanced photography and journalism on the side, writing for magazines and newspapers such including The Guardian. In her eyes, she felt as though the only photography work she was hired for was work that a man wouldn’t normally do and that would be the only time that they would hire a woman.

In fact, when Baker studied photography at the Manchester College of Technology, she was one of two women on the course. In 1960, she became a photography lecturer at Salford College of Art, and later on, she also was a lecturer for Manchester Polytechnic. In 1995, she went to the University of Derby obtaining a Master’s degree in critical history and the theory of photography.

When Baker was teaching at Salford College, she began taking candid photos of people around the area. At this time, houses in the slums were being demolished leaving some of them homeless, so most of her photos involved people trying to live through this chaos. Baker commented on the state of the North back then in The Guardian saying, “There was so much destruction: a street would be half pulled down and the remnants set on fire while people were still living in the area… There was no health and safety in those days; they could do as they liked. I never posed my pictures. I shot scenes as I found them.”

Over the next fifteen years, she continued to take photographs of the working folk’s areas in Manchester and Salford, building up a large body of work. The influences for her work were the candid photos of French humanist photographer Henri Cartier-Bresson and American photographer Robert Frank. These photos of Mancunian streets are her most notable work as they were published into a book titled <em>‘Street Photographs: Manchester and Salford</em>’ in 1989. The photos were successful, and in 1990, The Lowry Gallery in Manchester asked her if she could return to the places that her photos were taken and shoot the same scenes. The gallery combined the new photos she took, with her old photos from the 60’s and 70’s, to create a successful exhibition for the work. They also actually published a book to accompany the photos titled <em>‘Streets and Spaces: Urban Photography – Salford and Manchester – 1960s-2000</em>’. This book serves as an updated version of her first book. It creates a visual contrast of the same place at two different time periods. Interestingly many of the people were doing the same activities in the same area, where the only difference is that their surroundings have changed drastically. During her career, she’s had other exhibitions at Salford Museum and Art Gallery in Greater Manchester as well as at The Photographers’ Gallery in London called ‘Women, Children and Loitering Men’ as recently as 2015.

In her personal life, Baker married a GP named Tony Levy. Due to the nature of his work as a doctor, they had to regularly travel. However, this was an advantage, as in 1980, one of the places that they visited was London and they ended up in Camden, where Baker was able to shoot photos of punks that were hanging out around Camden Market. Other than the UK, Baker has taken pictures all over the world, from New York to Japan. Since 2008, the archive of Baker’s work is at Mary Evans Picture Library.

The works of Shirley Baker were candid and sincere. Capturing life as it was, there was no need for commentary or caption. That a picture paints a thousand words could never be more appropriate.

We asked our founder how Manchester was at the time of the brand setting up shop in the city in 1981and how he related to the works of Shirley Baker . “ those photos described exactly how Manchester was in even in the late 1970’s . You could see that the city (and Salford ) had been in decline and that the second world war was the final blow. It had become an industrial city with no industry. In some ways it was that despair that was the fuel for all that was good to come from the city in the eighties and the after years. The greyness created a neutrality, it wasn’t exactly a new white canvas for the city to paint on but there was a sense of “ it can’t get any worse and anything we do now has to be better “. But as those small steps were taken the confidence soon came back and created the environment for the Manchester musical explosion. “