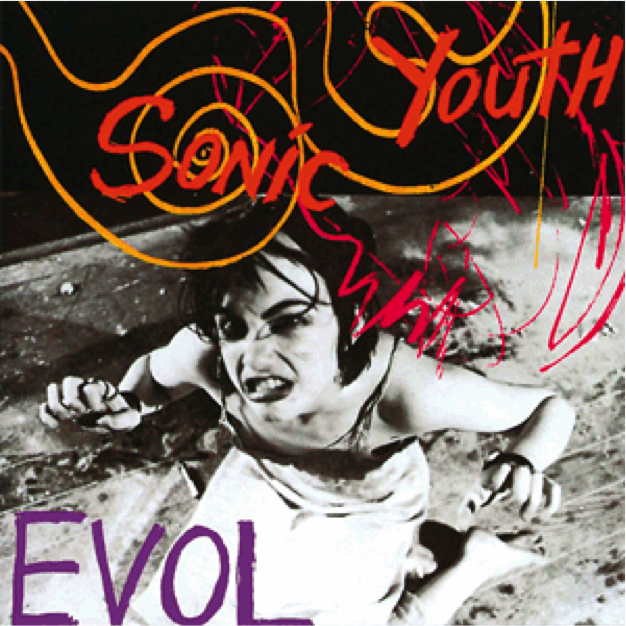 In May 1986, EVOL, the third studio album of rock band Sonic Youth was released. Thirty years later, we are taking a trip down memory lane and looking back at the American rock band and their legacy. Consisting of founding members Thurston Moore, Kim Gordon and Lee Ranaldo (plus a constantly changing drummer), the New York City band was formed in 1981. The band is known for influencing the alternative and indie rock movements with their strange method of tuning the guitars with odd things like screwdrivers. Other than their quirks, the band is also known for being very successful in the American underground scene. Sadly, in 2011, after long time married members Gordon and Moore split up, so did the band. The break up of both relationships is talked about in Gordon’s memoir, Girl in a Band, which became a New York Times Top Ten Bestseller.

The EVOL album marked a time of change for the band. They had just signed to SST Records, their music had a changed sound with a new drummer and pop melodies, and their songs had a celebrity theme, for example, their song ‘Marilyn Monroe’. The changes seemed to be working as people in the mainstream started to notice them. They even got a review from People magazine calling their album the “aural equivalent of a toxic waste dump”, which was a compliment. The album actually wasn’t successful at the time, but now, many critics give it praise.

Gordon’s book, released in 2015, talks about her time as a bass player in the band. More specifically, a girl in a band, as her book is titled. She was a role model for many girls, as she rocked out in a band and had a family and marriage at the same time. But with her “brilliant, manipulative, sadistic” older brother diagnosed with schizophrenia, being poor, juggling her child and her career and of course, her break up, her life was not all glamour. Gordon writes with “introspection, detail and real feeling”, as said by New York Times. The book is not what you’d expect from a rock star writing about her life, as Sonic Youth only appears halfway through the book. It is not centered on her life in music but rather her thoughts, feelings and experiences during her life, with a bit of music dashed here and there. However, there is of course gossip about the music scene, such as Gordon’s like of Kurt Cobain, and dislike for Courtney Love. It is a great insight into life back in the 80’s and 90’s. As well as what it was like to be emerged in the underground music scene in that time, and to actually be a part of the musical subculture. Overall, Gordon shows how she is first and foremost, a musician. She says, “I was, and still am, more of the push-everything-else-under-and-let-it-all-out-in-the-music kind of girl. Otherwise I’d probably be a sociopath.”