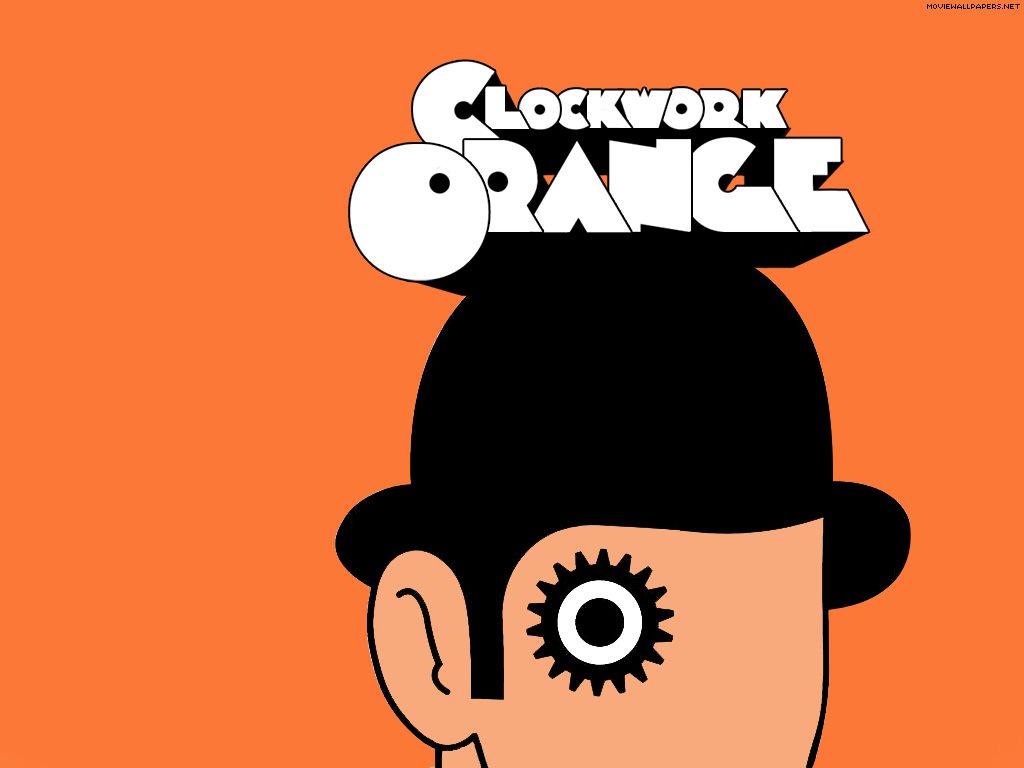 One of the most startlingly unique and talented minds in cinema, Stanley Kubrick is immortalised by his work. On March 7th 1999, he suffered a fatal heart attack in his sleep and sadly passed away. What we have left is an extraordinary legacy of cult classics directed by Kubrick from the start of his film career in the 1950’s. To list a few: 2001: A Space Odyssey, The Shining, Eyes Wide Shut and, Underground’s favourite, A Clockwork Orange. This post is dedicated to the late, great Kubrick and his 1971 film adaptation of the Anthony Burgess classic.

There is a small chance that up until today you have been living under a large, soundproof rock in the middle of nowhere and that, stumbling across this post, this is the first you’ve ever heard of ‘A Clockwork Orange’. Written first as a novel by the afore mentioned Burgess, it is a controversial tale of extreme-ultra-violence, disaffected youth and the darkest parts of what it is that makes us human. First published in 1962, it’s fair to say most people didn’t really get it. In fact even Kubrick was entirely underwhelmed when he first tried reading it. Like many people at the time, he was put off by the dialect Burgess had created, a language used by his infamous protagonist Alex ‘the Large’ to narrate the story. A mixture of Cockney rhyming slang and Russian, ‘Nadsat’ is a milenky bit hard to pony at first. Thankfully though, years later he revisited the novel and, with a new found interest and respect for Alex, he agreed to make it into a movie. Hearing, rather than reading Nadsat it’s much easier to pick up and rather than resent it, new audiences came to appreciate what a stroke of genius it is. Real horrorshow.

There were some pretty fantastic rumours at the prior to production that Mick Jagger would play the lead role, with his fellow Rolling Stones band-mates acting as members of his gang – his droogs. How much truth there is in that we’re not sure, but we do know Kubrick would have had none of it. From the start his vision of Alex could be played by no one other than Malcolm McDowell- he didn’t even have to audition. Having been captivated by his performance in If… (1968- another MUST SEE) it’s widely believed that had McDowell turned down the role, Kubrick would never have made the film. The strength of his creative vision was nothing short of a superpower, so his unshakable conviction when directing is entirely understandable. Where it wasn’t possible to verbally convey these visions to his cast and crew, Kubrick would take matters into his own hands. All the hand held camera work in A Clockwork Orange was done by him, a filming technique skilfully drawn upon for some of the most dramatic and horrifying scenes.

As a child, it was his first camera that sparked a love of film and photography that carried him through to his incredible career. As a young boy on the street of New York he could spend days wondering around the city taking photos, developing them in his friends darkroom. At the age of 17 he sold his a photograph to Look Magazine, they offered him his first job, as their apprentice photographer. Stanley Kubrick never looked back, a few year (and films) Hollywood noticed his directorial talent and snapped him up. Now, 17 years since his death, his films are firmly established as timeless masterpieces. A Clockwork Orange – whilst not for the faint of heart – is an important part of your cinematic education. We urge to dig out the dvd and feast your glazzes on Kubrick and McDowell’s incredible handiwork.