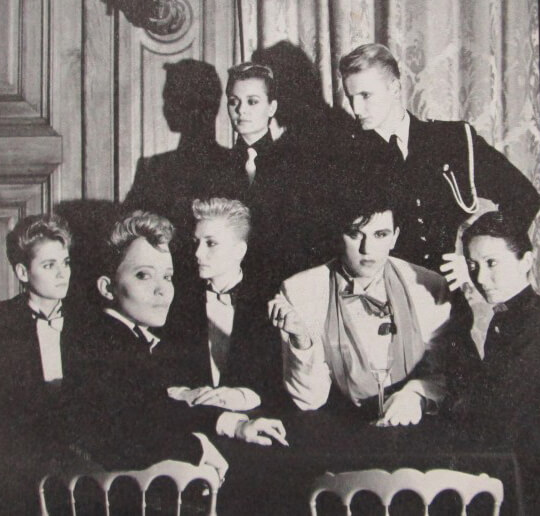 Looking at Steve Strange who left this place on February 12th 2015.

Born Steve Harrington in Newbridge, Wales, 28th May 1959, he changed his name to the more familiar Steve Strange in 1977.

Steve Strange seemed to be ever present in the movements of punk, post punk and new romantic in the late 70s and 80s. Like so many of that time it was a Sex Pistols gig, in Strange’s case, one in Caerphilly in 76 that set him along the road to explore punk music and create his own band.

Strange was an early punk kid, working for Malcolm McLaren and Vivienne Westwood and then forming the band The Moors Murderers- if Punk wasn’t ruffling enough feathers at that time this name alone was going to get middle England’s blood boiling. The band was put together by Strange in 1977 as a ghost band for a photo shoot commissioned for the German Magazine Bravo. Strange collaborated with Soo Catwoman, one of the celebrated Bromley Contingent, to put together the band for real after the shoot. Members at various times included Mark Ryan (Adam and the Ants), Chrissie Hynde (The Pretenders), Vince Ely (Psychedelic Furs) and Topper Headon (Clash). Already Strange was mixing it with the great influencers of the time. 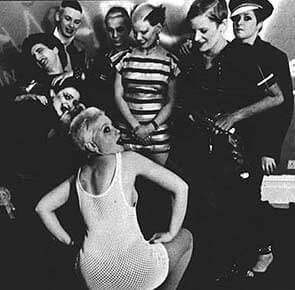 The Moors Murderers referenced Myra Hindley and Ian Brady who had sexually abused and murdered 5 children in the 1960s and buried them on the Moors outside of Manchester. There was an obvious public distaste for the duo, who had been banged up in prison for life. Naming the band after them was controversial just as it was supposed to be and the first single was called Free Hindley. It was enough for the press and the band quit in early 1978.

Next up Strange joined Liverpool outfit The Photons and then later in 78 he formed Visage. Not really intended as a band but more of a project and a studio based one at that it again bought together names that had or were to become the big players of the time including Midge Ure and Rusty Egan from The Rich Kids. Visage was the real breakthrough for Strange as it cast off the Punk stereotype that had been with him since The Moors Murderers and gave him the chance to create a new vision. Strange had been a big fan of Siouxsie and the Banshees and his output was now switching to the New Wave. The first release in 1979- Tarâ was not really a success but wind forward to 1980 and they release Fade to Grey. It was the song that launched the band and was one of the big movers for the New Wave movement. Written by Midge Ure, Billy Currie and Chris Payne. Although Strange was not credited with the writing there is no doubt of his influence on the track. The MV was produced by Godley and Creme and included English and French on the track. A top ten hit in the UK and No 1 in Germany and charting high across Europe. The band continued with further singles and albums until breaking up in 1985.

Strange had always seen himself as a club visionary and promoter. He had experimented with a Bowie Night at Billys before moving on to the Blitz Club It was the Blitz Club that really gave him the platform to experiment with music, fashion and club life. Strange was known as the doorwhore for his strict entrance policy on the door of the club. This was the man that famously turned away Mick Jagger from the Blitz Club. You kind of have to imagine a rejected Mick Jagger screaming do you know who I am? Strange imposed a stricter than strict door policy. To get in to the club you had to be creative and your face had to fit- It was all about creating a scene that where creativity would flourish, where there was no judgement of gender, race or sexuality. Punk had challenged the boundaries and kicked them down in many places but this New Wave that was coming through at the Blitz Club started to finish the job. The Blitz helped to launch Duran Duran, Spandau Ballet and Boy George’s Culture Club. 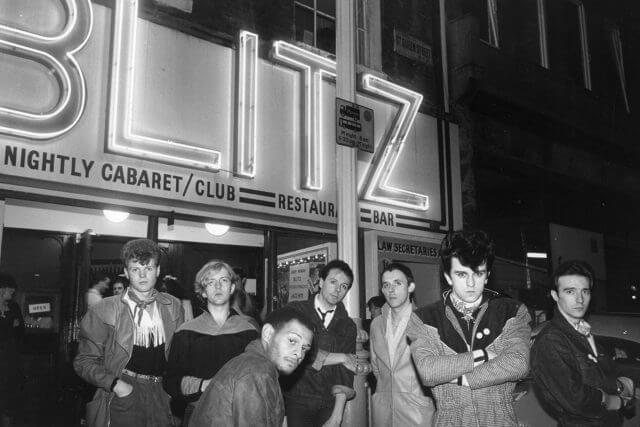 The Blitz was followed by a two-year stint at the Camden Palace that was a huge success. It too became a melting pot and incubator of the good and the great. They were all there including Martin and Gary Kemp, Boy George, Siouxsie and even Geeling Ng the China Girl from Bowies track of the same name. Strange was in demand and proving again and again this was no one trick Welsh Pony, He was now the centre of attention and being shot by the likes of Helmut Newton and David Bailey.

Later in the 1980s and 90s Strange moved himself to Ibiza as part of the trance scene.

Strange was active in the 2000s with Visage Mark 2, TV appearances and in 2011 for one night only he re-opened the Blitz Club with Rusty Egan. Drug addiction and other characteristic pressures dogged Strange in his last few years and his death on vacation in Egypt was untimely end to one of the greats.

So, that’s it. The Welsh lad that became known as The Peacock Prince had influenced an entire movement through his music and club promotion. He had an undoubted ability to interpret the zeitgeist and create something distinctive on its own. Not a recreation or reinterpretation but a creation. He walked among the movers of the time and it many ways provided the platform to create them. Here is the Fade to Grey Video-celebrate!